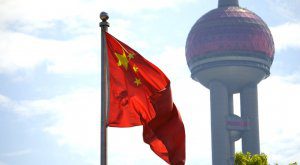 Expanding the membership of rule of law countries such as the US, India and Taiwan in the CPTPP will be an important counter to an aggressive, totalitarian regime in Beijing, write David Kilgour and David Matas.

A major goal of the Trans-Pacific Partnership (TPP), intended to cover about 40 percent of world trade, was to ensure that rule of law nations, not China, would write the rules for the world economy in the 21st century.

The Obama administration concluded that the TPP would spur economic growth and create new jobs, while building US strategic interests in Asia. President Trump saw it as adding to American decline in manufacturing and withdrew immediately upon taking office in 2017.

The remaining 11 signatories continued talks, seeking to salvage a pact without America. Their efforts resulted in the successor Comprehensive and Progressive Agreement for Trans-Pacific Partnership (CPTPP), which had already been ratified by a majority of members, including Canada, and came into force on December 30, 2018.

In February 2021, after its formal departure from the European Union, the United Kingdom requested membership in the CPTPP. Taiwan and China recently applied, further pressuring the Biden administration to join as part of the President’s ‘Build Back Better World’.

The latest outrage stems from the United States dropping of extradition charges against Huawei CFO Meng Wanzhou. The espionage charges against Canadians Michael Spavor and Michael Kovrig were an obvious retaliation for Meng’s detention – hostage diplomacy of a kind usually associated with terrorist organizations.

The Canadians should never have gone through China’s nightmarish legal system for 1019 days as pawns in Beijing’s attempt to distort international law. We now have a world where Beijing knows it can get away with hostage diplomacy. Some governments might now ignore lawbreaking by Chinese nationals lest their arrest result in the kidnapping of one or two of their own citizens on trumped-up charges. Persons like Meng might be untouchable, immune to our laws, and unaccountable for their actions.

In addition, China is now in continuous breach of the international treaty President Xi’s predecessors signed with the United Kingdom in the 1984 Sino-British Joint Declaration, in which Beijing promised to uphold “one country, two systems” and a “high degree of autonomy” for Hong Kong until 2047. Less than halfway through that period, Xi Jinping tore up the promises.

Unfortunately, with the US trade deficit with China for the first eight months of 2021 alone being some US$76 billion, some CPTPP members still insist that our goods and services can obtain better access to China’s market by having China in the pact. The same naivete prevailed in 2001 when China was admitted to the World Trade Organization (WTO). Canada alone has since lost about 600,000 manufacturing jobs, no doubt some to the thinly-disguised slave labour in China.

Most say that a CPTPP that includes existing members including Japan and Canada, and expanded membership among democratic, rule-of-law countries such as India, the United States, Taiwan, and others, remains the best trade option in the Asia-Pacific.

Fortunately, Japan – the world’s third-largest economy – has been throwing its business, diplomatic and political weight behind the CPTPP. It has also been doing the same in support of India, which is Asia’s fastest-growth economy and expected to surpass China in population by 2022. Under Prime Minister Narendra Modi, India’s increasing self-confidence and need for investment is resulting in falling trade and investment barriers.

While visiting Tokyo, Modi reproached the Beijing party-state on its misbehaviour in Asia, alluding to the Chinese military’s build-up in the South China Sea, its heavy-handedness in Tibet, and its territorial ambitions in northern India. He added, “Everywhere … we see an 18th-century expansionist mindset: encroaching in other countries, intruding in others’ waters, invading other countries and capturing territory.”

The world economy is now starting to recover from the pandemic, and unemployment is mercifully falling in some nations despite predatory trade and other economic practices by China and others. Canada should still trade cautiously with the Middle Kingdom, but trade cannot outdo a judicious advancing of our strategic interests in concert with those who share our values.

In short, we believe an enlarged CPTPP without China is undoubtedly the best choice for the democracies in Asia and beyond.

David Kilgour is a senior fellow at the Macdonald-Laurier Institute and the former Secretary of State (Asia-Pacific) from 2002 to 2003. David Matas is an international human rights lawyer based in Winnipeg.

A primer on China’s aircraft intrusions into Taiwan’s ADIZ: J. Michael Cole for Inside Policy