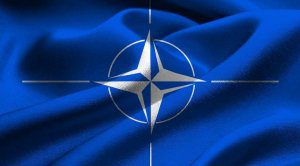 Following his election victory, Prime Minister Trudeau and his new government urgently need to address the multiple security and foreign policy challenges facing Canada and our allies. These include the persistent and growing threats of foreign interference and cyber operations targeting Canada, and the danger of Russia and China’s transnational repression, human rights violations and aggression in Europe, Asia and beyond.

Of particular concern to Canada and its Northern allies is the Kremlin’s rapid militarization of the Arctic and Russia’s recent claim to all the resources under the entire Arctic Sea – right up to Canada’s 200-mile Exclusive Economic Zone. This, coupled with China’s expanding interest in the region, represents a potential future challenge to Canada’s sovereignty and mobility in the High North.

Canada’s allies on NATO’s Eastern flank continue to face various forms of aggression from Russia and Belarus, including information warfare and other forms of grey-zone hybrid aggression. Most recently, the Lukashenka regime in Belarus has weaponized thousands of innocent migrants who have been lured to Belarus from Iraq and elsewhere, and then forced to cross into Lithuania, Latvia and Poland by Belarusian authorities. The migrants are used to destabilize border regions and incite domestic political conflict.

Many of these issues were discussed during a high-level dialogue on Canadian and Baltic Sea region security and cooperation, hosted by the Macdonald-Laurier Institute. The dialogue highlighted the strengths of some of the approaches Canada has taken, lead among them being the Canadian-led NATO enhanced Forward Presence (eFP) mission in Latvia and Operation Unifier in Ukraine.

Canada’s leadership of the eFP in Latvia helps strengthen the transatlantic relationship beyond the obvious security considerations. Through it, Canada can raise its diplomatic profile and develop significant and lasting linkages between government officials, diplomats, and experts in the Baltic Sea region. Thus, when Canada faces challenging issues such as the arbitrary detention of Michael Kovrig and Michael Spavor by China, NATO members can be counted on to support us.

Most importantly, the eFP represents clear, meaningful, and targeted deterrence. It imposes significant cost if the Russian government engages in hostile action against the Baltic states or Poland.  It draws a definitive red line, which if violated will result in significant consequences. However, NATO’s deterrence operations remain largely limited to conventional warfare and do not yet fully cover evolving hybrid and grey-zone threats – including information warfare and other forms of interference operations.

The Canadian Armed Forces have endeavoured to address the threat of disinformation, but those efforts have been hindered by a series of unfortunate missteps and domestic misinformation about them. Conversely, Canada’s Baltic allies have developed robust strategies to build broad social and political resilience against foreign disinformation and influence operations. Canada should be working with them and NATO to form a common strategy to deter non-linear types of warfare and aggression, which threaten our democratic processes, institutions and social cohesion.

Cautious engagement with our adversaries should remain one tool within our broader diplomatic tool kit. Yet Canada should learn from the experiences of our allies and recognize that states like Russia and China are not constrained by the same respect for transparency, democratic values, or the rule of law. The Canadian government should be aware that foreign regimes may engage in the theatre of diplomacy to distract from their true intentions and actions.

There is also concern that tolerating Russian aggression and advocating for greater engagement and integration may only further encourage bad behaviour. In the case of Nord Stream 2, for example, some NATO members have knowingly increased European dependence on Russian energy resources despite the Kremlin’s well documented use of energy as a political tool.

A united NATO is critically important to projecting credible deterrence. The erosion of domestic trust and confidence in the Alliance among its member states, including Canada, represents a threat to this cohesion. A proposal to withdraw Canada from NATO was tabled at a recent policy conference for one of Canada’s three major political parties. The proposal was defeated, but it represents a fringe anti-NATO narrative within Canada’s illiberal left; if left unaddressed, such a narrative could grow.

If countries like Russia perceive NATO as an atomized collection of states with varied priorities rather than a unified front, the Alliance is exposed to a significant risk of miscalculation in which a foreign adversary might believe they can cross a red line and only face a limited response. Thus, gaps in cohesion within the alliance directly threaten to undermine political and military deterrence. The Alliance and members states must work towards improving communications strategies to foster greater basic general understanding of NATO’s purpose, its missions and its role in protecting its members against external threats.

Similarly, if we see threats as atomized or disparate, we may lack the capacity to adequately respond. Organized GRU terrorist attacks in Czechia, the Salisbury poisonings, transnational repression and censorship, cyberwarfare, disinformation, and overt military posturing all pose threats that are aimed at the same essential goal: undermining and supplanting the power of liberal democracy and advancing authoritarianism. Through this lens, challenges posed by other actors, including China, must also be considered as part of the broader range of shared threats posed to the democratic community as a whole.

If we are to succeed in tackling these shared threats, greater transatlantic cooperation is needed. It cannot remain stagnant, however; it must evolve and expand. The serious nature of the threats, their potential to become kinetic, and the possibility of adversarial coordination (whether formal or informal) means that we must expand our tools to meet these challenges.

In the case of Ukraine, on whose border the Kremlin mobilized over 100,000 troops this past summer, the Alliance should consider extending a Membership Action Plan despite the skepticism of some allies. Ukraine must also be empowered in a similar fashion to frontline NATO states like the Baltic states and Poland. After all, the eFP mission in Latvia not only provides military deterrence, but strengthens interlinkages, develops societal resilience, and provides clear and sustained solidarity.

Finally, the growing threats of foreign interference, information warfare, cyber attacks and emerging threats to Canada’s Arctic requires a coherent long-term strategy and an evolved notion of collective defence, which includes strengthening our partnerships with non-NATO allies in Europe, Asia, and around the world.

Until we impose consequences that force Moscow and Beijing to strategically reconsider their ongoing efforts to probe the extreme boundaries of our threat tolerance, they will continue to test our capacity and political will to confront their aggression. This requires a common understanding and acknowledgement of the threats. It took Russian aggression in 2007 in Estonia, 2008 in Georgia, and the invasion of Ukraine in 2014 to achieve a basic common understanding of the threat posed by Vladimir Putin’s government.  Since then, NATO’s eFP missions have thus far deterred Vladimir Putin’s neo-imperialist ambitions in the Baltic Sea region.

We must work towards achieving a similar consensus on the threats posed by Russia and China’s use of information and influence operations, as well as economic, cyber and political warfare against the community of democracies and the developing world at large in order to develop resilience and a common defence against them.

Marcus Kolga is the founder of DisinfoWatch.org and is a senior fellow at the Macdonald-Laurier Institute’s Centre for Advancing Canada’s Interests Abroad.