in Columns, COVID-19, Inside Policy, Latest News
Reading Time: 5 mins read
A A 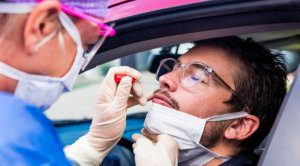 When it comes to getting things done, the federal government’s performance has been somewhat less than satisfactory, writes Brian Ferguson.

A year into the COVID-19 crisis, what have we learned?  Well, we’ve learned that pretty much the only thing the federal government is good at is spending money.  Actually, not even that, since to be good at spending money carries with it the implication of spending money the right way in the right places.  Better, perhaps, to say that it’s good at signing cheques.  Lots and lots of large cheques for lots of things, which may or may not be directly pandemic-related.

The feds, although perhaps not to the same degree as their American counterparts, seem to have decided that any spending they feel like doing can be lumped under the heading of “pandemic recovery.”  They also seem to have decided that pumping up federal spending will have no lasting impact either on inflation or on the rate of interest.  They probably wouldn’t acknowledge it, but Modern Monetary Theory seems to have taken firm root in certain offices in Ottawa.

When we turn from signing cheques to getting things done, though, the federal government’s performance has been somewhat less than satisfactory.  While different provinces have displayed different degrees of competence, they all outshone the feds, probably because they’re the ones with the constitutional responsibility for health care.  When you’re actually on the front line, platitudes wear thin pretty quickly.  Anyone who seriously thinks that we need a federal government-run single pharmacare plan (as opposed, perhaps, to a variant of a Swiss-style system) might give some thought to Ottawa’s management of our stocks of personal protective equipment (PPE) before, and early on in, the COVID crisis.

There are other policy lessons that come out of the pandemic, less dramatic but in the long-run more important.  Perhaps the first of them must be that some really important stuff is really boring, and some really boring stuff is really important.  Like, for example, pandemic monitoring and modelling.  Neither is sexy but both are critical and, Imperial College London or IHME out in Washington State notwithstanding, both are the sort of thing that the Public Health Agency of Canada (PHAC) should be mandated to treat as ongoing priorities.

These projects need to be done somewhere like PHAC partly because they’re not the sort of thing that academic institutions (even those that are currently doing them) can be expected to do in the long-run. That’s partly because, as academic research funded sources find themselves having to slice the meat more and more thinly, these are projects that grant review committees (made up of academics from outside the research funding agencies) are likely to rate as worthwhile but not top priority.  And more importantly, doing that kind of research long-term is a risky way to acquire the journal publications necessary to build an academic career (and again, apologies to anyone who’s managed to do just that – keep it up as long as you can).

This kind of work needs to be done at a very high level, ideally by people who are prepared to build a career of it.  There are federal agencies where that sort of career was once possible, although in recent years the mark of a successful career in Ottawa seems to involve jumping divisions and departments so often that there’s no time to acquire any kind of deep understanding of a single department’s responsibilities.  And why Ottawa and not the provincial departments of health?  Here the fact that the provinces are in the front line is a drawback: long-term analysis is easily set aside when bushfires need to be fought.  There are provinces that have excellent modelling units, but the feds have, at least in theory, the luxury of having more resources and fewer distractions.

Other health care areas need some serious re-thinking in light of the pandemic experience.  The tendency of both federal and provincial politicians to regard health care purely as a cost centre is one.  We’ve been told, repeatedly, through the past year that our efforts must be directed towards protecting the health care system (in this case primarily hospitals) from being overloaded.  Flatten the curve – the idea wasn’t to eliminate COVID, it was to stretch the pandemic out over a long enough period that intensive care units would be able to cope.

To that end, all sorts of other health care needs had to be postponed until COVID was under control, set aside whether the most dire of those predictions came to pass. Yet why were we in that situation in the first place?  Could it have had anything to do with the fact that our hospitals have dangerously high occupancy rates, in many cases regularly operating at or above 100 percent occupancy? That’s not something that only happens in an emergency; for many of our major acute care hospitals, it’s the norm.

We’ve been told for years that we can, with our single payer government-run system, keep the cost of health care low.  But the policies that have aimed at doing that have tended to be cut-the-fat policies.  We’ve been cutting the fat for at least 40 years – have we perhaps been cutting into muscle and bone?

Think about a firm which produces a physical commodity.  It can produce for immediate sale, but it can also produce for inventory, and it can draw on inventory when faced with an upsurge in demand, whether anticipated or unexpected.  How does a hospital tackle that upsurge?  It can carry inventory of medical material, certainly, but its primary inventory has to be excess capacity.  Clearly, we don’t want to over build, but operating above full occupancy – relying on hallway medicine – isn’t even good enough for government work, let alone for a health care system that permits no exit to non-government providers.

The same obsession with cost cutting applies to pharmaceuticals.  We talk now about the need to develop our own pharmaceutical sector (in this case vaccines, but had a cure come along before the vaccines we would have been saying the same thing about it).  We will never, regardless of what some academic commentators seem to believe, be able to be autonomous in vaccines, but it is true that having a sector that makes some of the ingredients for vaccines – which is a key part of the global supply chain – would be a useful bargaining chip against, say, EU vaccine nationalism.

But our long-term obsession with squeezing the cost of medicines as low as we can has not exactly made Canada an inviting place for the pharma sector to want to operate in.  Pharma aren’t angels: they’re profit maximizing firms and they’ll play the game with that as their objective, and we have to keep that in mind.  As for the idea of having the federal government run that sector, they might get to it after they’ve resolved the thorny issue of building supply ships for the navy.

We were seriously unprepared for the COVID crisis, in large part because politicians like to do things that can be condensed into dramatic sound bites or tweets.  There’s a lot that government does very badly, but there are some things that it can do well.  The key lesson of this pandemic is that in the interim before the next one (and remember that the next one will be completely different from this one), we need to stop and think about that very carefully.

Brian Ferguson is professor of economics at the Department of Economics and Finance at the University of Guelph, and a faculty associate of the Canadian Centre for Health Economics.

A COVID Anniversary: Celebrating one year of chasing our tails: Shawn Whatley for Inside Policy