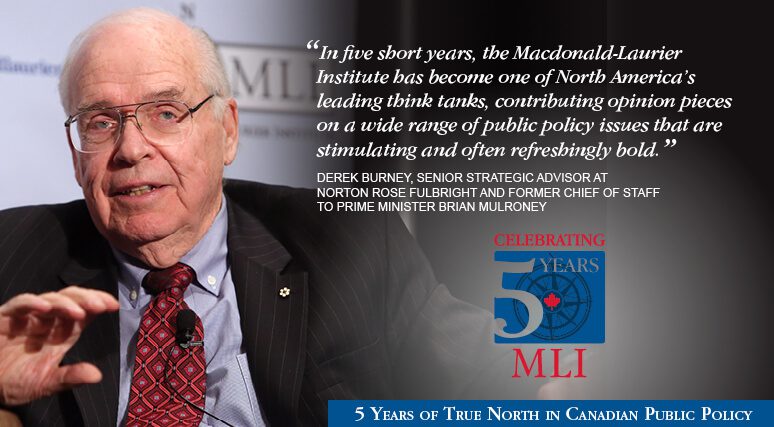 That’s how Derek Burney, a former chief of staff to Prime Minister Brian Mulroney, describes the Macdonald-Laurier Institute contributions to thought leadership as it marks its fifth anniversary.

”They not only challenge conventional wisdom but offer innovative and compelling prescriptions on how Canada’s national interest could be better served. Bravo”.

Burney was instrumental in the 1980s in helping to negotiate the Canada-U.S. free trade agreement – a topic he discussed at an MLI event in 2014.

First Great Canadian Debate of 2015-16: Should the Senate be abolished?