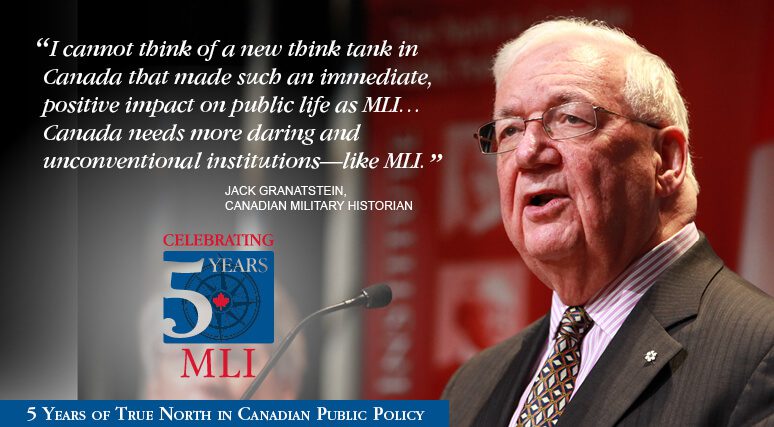 Canadian military historian Jack Granatstein is the latest influential Canadian to offer his congratulations to the Macdonald-Laurier Institute on hitting the five-year milestone.

“I cannot think of a new think tank in Canada that made such an immediate, positive impact on public life as MLI”, said Granatstein.

Granatstein, the author of several books including The Generals and Who Killed Canadian History?, has participated in several of MLI’s Great Canadian Debates.

In November 2011 he debated, with University of Toronto professor Michael Byers, the motion “After Afghanistan the Canadian Forces should keep the peace rather than wage war”.

Then in November 2012 he and Globe and Mail columnist Jeffrey Simpson debated the motion “The War of 1812 has been overhyped”.

“That took some daring,” he said. “It worked, sort of, but that he was willing to try greatly impressed me”.