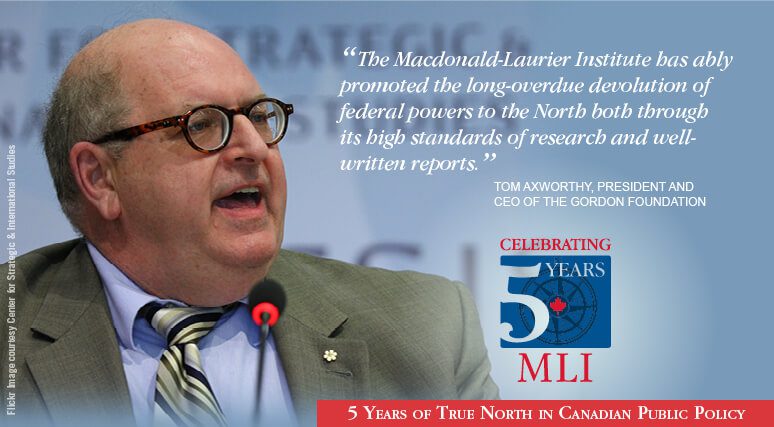 Tom Axworthy, a political speechwriter, strategist and professor, is applauding the Macdonald-Laurier Institute’s work on improving the lives of northern Canadians as part of the Institute’s fifth anniversary celebrations.

“The Macdonald-Laurier Institute has ably promoted the long-overdue devolution of federal powers to the North both through its high standards of research and well-written reports”, says Axworthy.

MLI has emerged as a thought leader on northern governance issues during its first five years. In 2014 the Institute published a pair of reports, written by renowned authors Ken Coates and Greg Poelzer, exploring the issue in detail.

“The Next Northern Challenge” details the social and economic problems facing Canada’s “provincial norths”, the area in the northern parts of provinces such as Alberta and Quebec that are largely underserved by both the federal and local governments.

Long live the Crown in Canada: John Fraser in Inside Policy

Long live the Crown in Canada: John Fraser in Inside Policy