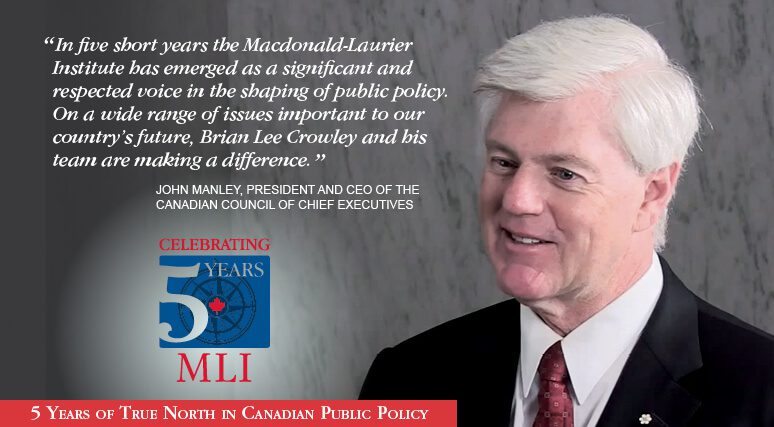 John Manley, the President and CEO of the Canadian Council of Chief Executives, is the latest influential Canadian to offer his congratulations on the Macdonald-Laurier Institute’s fifth anniversary.

“Intelligent and informed debate contributes to a stronger, healthier and more competitive Canadian society”, says Manley. “In five short years the Macdonald-Laurier Institute has emerged as a significant and respected voice in the shaping of public policy”.

“On a wide range of issues important to our country’s future, Brian Lee Crowley and his team are making a difference”.