Many concerns as Canadians wait for evacuation from China: Charles Burton in the Toronto Star 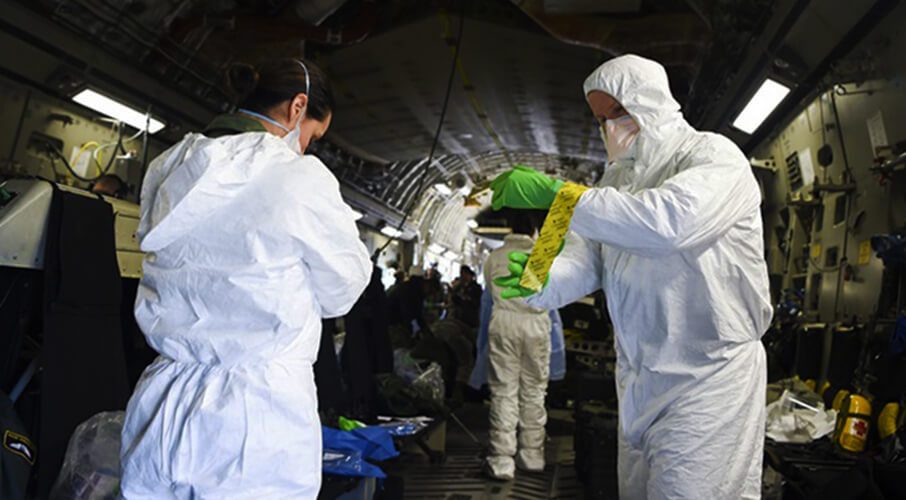 There is a serious lack of confidence regarding information out of China about what is really going on. Many well-informed experts say Beijing’s official numbers for both coronavirus infections and deaths are grossly underestimated, by up to a factor of 35, writes Charles Burton.

While thousands of people from countries around the world were flown out of China in the past week, seeking sanctuary from Wuhan coronavirus, some 325 Canadians continued to wait for Chinese authorities to let an aircraft land in Wuhan and evacuate them.

The United States, Japan, South Korea, Jordan, Britain, Portugal, Bangladesh and Indonesia have all got their nationals out in recent days. (Taiwan, not surprisingly, has not been allowed to evacuate its people.)

Ottawa has chartered aircraft on standby, but officials in Beijing have not said when the flights would be allowed to land. At a Monday press conference about plans for evacuating Canadians from Wuhan, cabinet ministers Francois-Philippe Champagne (Global Affairs), Patty Hajdu (Health) and Harjit Singh (National Defence) were unable to suggest when China might allow a Canadian airplane to land.

Dark questions remain around the delay. Regular flights to Wuhan airport are suspended, so evidently air space and loading facilities are not a problem. Surely the People’s Republic of China would not leverage the well-being of ordinary Canadians against the political crisis engendered by the detention of Huawei CFO Meng Wanzhou. If that proved to be the case, Ottawa would need to deeply reconsider Canada’s relations with China once the crisis is under control.

The coronavirus outbreak has led to unprecedented global efforts to contain the virus and minimize its cost in human lives.

As was the case with SARS, the Wuhan coronavirus has been linked to the sale of live wildlife at a public market, this one in Wuhan. China has thousands of such markets, selling tanks of crabs and live fish as well as butchered pork, beef, lamb and live chickens slaughtered and plucked for you on the spot. They also sell caged live snakes, turtles, guinea pigs, badgers, cats and dogs, even wolf cubs.

These spectacles provide fascination for foreign tourists, but scientific experts characterize China’s “wet markets” as perfect incubators for novel pathogens. There is a lot of urine and feces blowing about it a confined atmosphere.

The question is, 17 years after SARS claimed hundreds of lives in China and around the world, what have Chinese health authorities been doing to keep workers in these markets safe from serious disease? Evidently not enough.

There is a serious lack of confidence regarding information out of China about what is really going on. Consider the fiasco of suppression of medical workers in Wuhan who, weeks ago, detected the return of a SARS-like respiratory disease. When they took to social media to alert medical colleagues, these doctors found themselves detained by the police for “spreading rumours.” Even the Mayor of Wuhan is defending his lack of timely response by claiming that central authorities in Beijing refused to allow Wuhan to initiate measures that might have confined the spread.

One thing China’s authoritarian dictatorship has done a superb job with is preventing movement around the country, blocking all forms of public and private transportation out of affected areas, which now extend beyond Hubei Province to pockets all over China.

This lockdown is also a worry for people around the world who have been attempting to send relief parcels into the trouble spots. Like many Canadians with friends and family in China, I recently shipped a big box of medical supplies from St. Catharines. We were not confident it would arrive at the intended address, given the current chaos and desperation.

To our relief, the authorities are giving priority handling to medical shipments from abroad, and it did show up at an enormous warehouse filled with similar packages from around the world.

Many well-informed experts say Beijing’s official numbers for both coronavirus infections and deaths are grossly underestimated, by up to a factor of 35. But it is hard to know, and that is the point. Many people are dying at home, without access to treatment at overburdened hospitals. Few in China believe the government’s statements. Policies of strategic deception are encoded in the Chinese Communist Party’s DNA.

For many Chinese the anxiety grows daily, trapped in their homes, afraid to go out and lacking supplies of surgical masks or food supplies. In the meantime, party General Secretary Xi Jinping appears to have gone to ground, vanishing from his dominance in the media, his political future evidently uncertain.

Ep. 41 – What’s Putin up to? With Balkan Devlen and Hanna Shelest