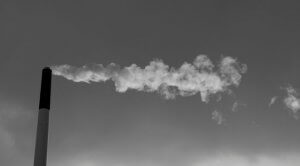 Liberals pulled imaginary emissions levels out of the air and then made exaggerated claims about a new policy when in fact nothing changed, writes Philip Cross in the Financial Post. Below is an excerpt from the article, which can be read in full here.

The federal budget in April reaffirmed Canada’s commitment to a 36 per cent cut in greenhouse gas emissions by 2030. But the prime minister and his government have noisily trumpeted that Canada will reduce emissions by 40 to 45 per cent by 2030. Which target is Canada really committed to? As is usually the case with this government, there is less here than meets the eye.

Start with some basic facts. As data from Environment and Climate Change Canada show (see chart), Canada’s greenhouse gas emissions stood at 739 megatonnes in 2005. The target of reducing these emissions by 36 per cent means they have to be at or below 473 megatonnes by 2030. In 2019, the latest year for which data are available, emissions stood at 730 megatonnes, which means Canada had only lowered them by one per cent in the 14 years since 2005. So, like a lot of nations, we are a very long way from reaching our 2030 climate goals, never mind the ultimate target of net zero emissions by 2050. At least the levelling-off over the last two decades has decisively broken the upward trend of emissions that had seen them rise from 600 megatonnes in the early 1990s to 739 megatonnes in 2005 — a period during which the Chrétien Liberals were in power.

All of this is very straightforward. So where did the promise of a 40 to 45 per cent reduction in emissions by 2030 come from? In the federal budget, on page 172, a graph shows emissions rising to 815 megatonnes, 12 per cent above their 2005 level. The claim is that 815 megatonnes is the trajectory emissions were on in 2015, the last year of the Harper administration.