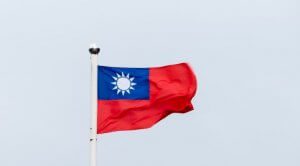 C-315 proposes setting policy with Taiwan that, while still on the basis of informal relations, would be much clearer. While not without its challenges, the legislation is a modest but important step in the right direction, write Shuvaloy Majumdar and J. Michael Cole.

In 2021, the Chinese Communist Party (CCP) turned 100, and for more than 50 years, Canada has recognized the legitimacy of the People’s Republic of China run by the CCP. The hope that began in the 1970s (and has persisted with limited evidence of success to this day) was that recognizing and engaging with China would open the regime up economically, and eventually, lead to some political reform.

This came of course at the expense of Taiwan, which China insists cannot be formally recognized while also maintaining diplomatic relations with Beijing. But the Taiwan of the 1970s is no longer the Taiwan of today, and the optimism about China’s opening all those years ago has now faded. Whereas Taiwan is perhaps the most successful democracy in Asia, the CCP is clearly doubling down on embracing its status as one of the world’s most oppressive authoritarian regimes.

Indeed, polling demonstrates time and time again that Canadians distrust the Chinese Communist Party regime, not only for its kidnapping of Michael Kovrig and Michael Spavor, but also for the regime’s wanton human rights abuses and its threatening actions on the global stage. The PRC makes no mystery of its intentions to oppose our interests and values aggressively, and as such, Canada must cease its unfounded optimism about what the regime could become, and instead deal with the regime as it is.

With this increased knowledge among the population has come an increased bravery among some politicians toward advancing sound policy that not only deals with China but also advances Canada’s cooperation with our partners in the Indo-Pacific region. After all, if we are to stare down Beijing, we cannot do so alone. The most recent attempt toward this end is MP Michael Cooper’s private member’s bill, C-315, which sets a new approach to Canada’s policy toward Taiwan.

Though C-315 may fall off the legislative docket if an election is called as many expect, it is worth examining the merits of this legislation, as well as pointing to its minor shortcomings, so that whenever Parliament resumes, this important topic remains a key agenda item.

But let’s not get ahead of ourselves. First, why Taiwan?

Essentially, our relationship with Taiwan is a blind spot in Canadian policy, even though it really has no business being so ambiguous. Our “one-China policy” is woefully out of date. While officially Canada merely “takes note” of China’s position that denies the de facto independence of Taiwan, this has led to policy consequences including forgoing most traditional diplomatic ties, and a hesitation to modulate our approach to the country in almost any meaningful way for over half a century.

Yet even if our official approach to Taiwan has remained stagnant since The Guess Who’s “American Woman” was topping the charts, the facts on the ground have changed dramatically.

With about $8 billion in bilateral trade, Taiwan is Canada’s 15th largest trading partner, and our 5th largest trading partner in Asia. It is a crucial hub in global supply chains, and an indispensable ally in a region increasingly under threat from China’s military expansionism. A country that shares our democratic interests and values, has engaged in providing assistance when we needed it most at the height of the pandemic, and is eager to strengthen bilateral and multilateral cooperation, Taiwan is an ideal country with which to expand our engagement.

Indeed, Japan, the US, the Czech Republic, Lithuania, as well as the G7 and NATO summits, have all recognized the importance of closer ties with Taiwan. So, it’s long past time for Canada to get with the program, and this is where C-315 enters the picture.

The legislation proposes setting policy with Taiwan that, while still on the basis of informal relations, would be much clearer. For instance, it states that non-peaceful means, boycotts, or embargoes against Taiwan constitute “a threat to the peace and security of the Indo-Pacific region and of grave concern to Canada.” Bill C-315 also establishes reference in Canadian law to Taiwan as its own entity, reinforcing the notion that the PRC has no claim to Taiwan, even if Canada simultaneously “takes note” of the PRC’s position with respect to Taiwan.

It also outlines a few forms of cooperation, including support for Taiwan’s inclusion in international fora and allowing senior Taiwanese officials (up to and including the president) to travel to Canada without a visa so long as the primary purpose of their visit is not official. This is a major step toward diplomatic engagement while retaining informality. It creates “layover diplomacy” opportunities, which multiple Taiwanese presidents over many decades have engaged in with allies like the United States.

The legislation would allow for the Taipei Economic and Cultural Office in Canada (that is, Taiwan’s de facto diplomatic mission) to be referred to as the Taiwan Representative Office. While this may seem a modest step, it changes the recognition from the subnational level of Taipei to the national level of Taiwan – an important move that would demonstrate leadership to our peers.

Lastly, the bill would introduce a committee priority to report to Parliament on “the continuing relationship between Canada and Taiwan, including in respect of economic, cultural and legal affairs.” This would mean that, within a year of the bill’s passing, the subject of Canada-Taiwan relations would be centre stage at committee, ensuring a robust debate on the best way to continue to advance this important relationship.

Bill C-315 is not without its challenges. While nothing in this legislation would rise to the level of formal diplomatic recognition, and its policy changes would remain appropriate under the terms of Canada’s “One China” policy, the notoriously sensitive regime in Beijing will surely see this as an affront. That’s certainly no reason to stop the adoption of the legislation, but rather a matter of fact which Ottawa would do well to prepare for, and perhaps a rationale for being even more ambitious. If Zhongnanhai is going to bluster anyways, we may as well adopt the policy we truly want to embrace.

In some respects, the legislation is simply too modest. For instance, while it declares security interests for Canada with respect to Taiwan, it is short on specifics for how Canada could engage in meaningful security cooperation. Examples of how to approach security cooperation can be seen among our allies. Many already have informal military attachés at their diplomatic missions in Taiwan, and Japan and the US have begun coordinating in intelligence efforts and information sharing. Canada could also be a more active participant in military (particularly naval) training exercises and drills in the region, as our allies already are.

At the very least, C-315 should call for the lifting of a self-imposed ban on contact between the Department of National Defence and its counterpart in Taiwan in order to engage in constructive exchanges of the type that several of our allies have undertaken for a number of years. There is no reason why these practical measures, and others like them, could not begin to be framed within the legislation.

The bill should also serve as an opportunity to educate officials across the Canadian government about our “one China” policy and what it actually entails. Far too often, a narrow understanding of that policy, or its confusion with Beijing’s “one China” principle, has resulted in the Canadian side refusing to engage Taiwan under the erroneous belief that what was being considered was not allowed under Canadian policy. This has led to missed opportunities and the type of risk-aversion that isn’t worthy of a mature and self-confident democracy.

Moreover, while the bill allows for Taiwan’s representative office in Canada to don a more appropriate moniker, it leaves absent reference to updating Canada’s own diplomatic presence in Taiwan. Currently named the “Canadian Trade Office Taipei,” we should at the very least reference Taiwan rather than its capital and drop the label of “trade,” as the office in reality does far more than economic engagement.

A truly comprehensive new policy toward Taiwan should make reference on the need to negotiate a Foreign Investment Promotion and Protection Agreement with the island nation and to support Taiwan’s accession to the Comprehensive and Progressive Agreement for Trans-Pacific Partnership (CPTPP). On both scores, Taiwanese authorities have regularly expressed interest, and the comparative advantages of our respective economies would make both countries clear beneficiaries of such expanded and formalized trading and investment arrangements.

Furthermore, while C-315 does articulate the need to establish a committee priority to make strengthening the Canada-Taiwan relationship with respect to culture an objective for future policy, we shouldn’t kick the can down the road. Already we can invest in or expand scientific and research exchanges and collaborations for students and professionals, which often serve as the linchpin in the development of stronger people-to-people ties. We can also commit to supporting more robust civil society cooperation.

While funding is not viable in a private member’s bill, all these recommendations are examples of modest forms of cooperation that our allies are already engaged in, and that could be articulated, even if in an aspirational capacity, in legislation like C-315.

Also, while this bill demonstrates the importance of working closer with one particularly key ally, it will not replace the need for a clear and coherent strategy in the Indo-Pacific region more broadly. Rather than dealing with countries on a one-off, case-by-case basis, it is crucial that Ottawa develop an overriding strategic framework that considers our security, prosperity, values, and interests in the region. Bill C-315 and other legislation should be slotted into such a framework; it should not have to rest upon the diligent and ad hoc efforts of individual MPs.

Luckily, the limited issues with C-315 are quite easy to rectify, and with an election seemingly on the horizon, policy-makers will likely have to start from square one to reintroduce the legislation anyways. Hopefully, they see the value in C-315 and expand the legislation or adopt new approaches to set the Canada-Taiwan relationship on the path to be as robust as it can and should be, situated in a fully-fledged strategy for a free and open Indo-Pacific.

Bill C-315, while a modest move toward that end, is an important step in the right direction. It represents a significant opportunity for decision-makers to advance a relationship that has tremendous potential for Canada. Whether or not an election disrupts the legislation, it is heartening to see that some policy-makers are interested in exploring the advancement of Canada-Taiwan relations.

J. Michael Cole is a Taipei-based senior fellow with the Macdonald-Laurier Institute, the Global Taiwan Institute in Washington, DC, and the Taiwan Studies Programme at the University of Nottingham, UK. He is a former intelligence officer with the Canadian Security Intelligence Service in Ottawa.