The Pandemic: High-water Mark for Government Intervention?: Philip Cross for Inside Policy 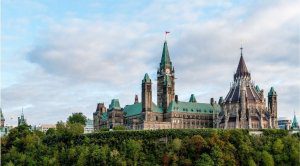 The response of governments was heavy-handed, lead-footed, and wrong-headed, writes Philip Cross.

2020 forever will be associated with the coronavirus sweeping Canada and the world. However, its impact on the economy was much greater than on our health. Far fewer people were stricken by the virus than the initial apocalyptic warnings from health care experts, while its impact on incomes, jobs and government deficits was larger and longer lasting than economists forecast last spring.

Will the growth of government be sustained? It is a natural human tendency to predict the future by extrapolating a straight line from recent developments. Occasionally this works; the postwar liberal welfare state was birthed by massive state interventions in response to the Great Depression and the Second World War. Many analysts wishfully see a similar emergency-induced expansion of government during 2020 as signalling a permanent upturn in spending, on everything from green energy infrastructure to a guaranteed annual income.

However, history more often moves with the ebb and flow of conflicting ideas and recurring cycles in the economy. For example, President Obama appeared to set the US irrevocably on the path of a cosmopolitan globalism detached from local identity, completely overlooking the rise of Tea Party populism and nativism that foreshadowed Donald Trump’s election in 2016. In Canada, growing momentum for Quebec’s separation cultivated the sentiment in the mid-1990s it would inevitably win the next referendum. Instead, support unexpectedly and quickly faded, to the point that the separatist Parti Quebecois vote fell below 20 percent in the 2018 election.

The coming years may also confound predictions of a permanent enlargement of government due to the pandemic. It is often overlooked that two forces were unleashed by the pandemic: government spending exploded and new technologies diffused rapidly. Only the latter proved effective and efficient and therefore is likely to be enduring. Clearly, the pandemic acted as an accelerant for technologies such as tele-working from home, communicating and shopping on-line instead of in-person. These trends show how fleeting government plans and assumptions can be; they confound government support for high-density downtown living and costly investments in mass transit as people sell their downtown condos, move to the suburbs and buy their own vehicles to get around.

The fall-out from government actions to combat the virus already is provoking a backlash against specific government interventions during the crisis. Governments boast of having “Canadians backs” with income support, but they failed to provide basic health services such as safe long-term care facilities for the elderly, rapid testing and comprehensive tracing, and the timely roll-out of vaccinations. Canada wasted its experience with the SARS virus in 2003. Testing was less than half the per capita rates in the US and Europe. Tracing was ad hoc, despite its importance in allowing authorities to pinpoint what activities to curb instead of the blanket shutdowns imposed in the spring.

The ebbing moral authority of governments is reflected in faltering public willingness to adopt basic preventive measures such as wearing a mask and social distancing, especially outside of work. The weakening social contract between government and its citizens, who received income support in return for being socially disciplined, fuelled much of the explosive second wave of the virus. Most obviously, Quebec Premier Legault’s proposed “moral contract,” in which Quebeckers would curb their social interactions now in return for a relaxation of restrictions for Christmas, was rescinded as cases keep rising. Politicians have to accept responsibility for less public servility in the fall because they assumed ownership for the pandemic response in the spring with their daily press conferences. Millions of Canadians may have balked at Justin Trudeau’s recommendation to download the government’s tracing app because it was endorsed by someone they dislike. Some actions should have been left to health
care professionals.

The legacy of unprecedented budget deficits will prevent governments from initiating expensive new infrastructure and social spending programs while increasing the burden on future taxpayers. Government spending already was trending up due to population ageing and the inexorable increase in its labour costs. The privileged position of most federal civil service workers was on full display during the pandemic, with the vast majority keeping their jobs and full salaries, safe in their cocoons at home even as millions of Canadians lost their jobs or risked their health to keep essential goods and services flowing. The pandemic’s legacy of lower interest rates further undermines pension plans, bringing closer the day governments face the unappetizing choice between taxpayer’s subsidizing public service pensions or trimming benefits.

Most importantly, the pandemic may reverse how younger generations think about what drives our economy. Many youths unfairly blamed the excesses of capitalism for the Great Financial Crisis and increasingly tuned in the siren call of radicals such as Bernie Sanders who questioned our economy’s fundamental organization around markets and business firms.

The pandemic fatally undermines this naïve view of the innate evil of business and sanctity of
government. While governments struggled to develop an effective health care response to the second wave despite huge budget deficits, the real solution to the pandemic is coming from technological innovation in the business sector, notably drugs to treat the virus and then vaccines to eradicate it. Already technology had proved indispensable during the lockdown, allowing people to stay at home and work on-line, shop on Amazon, meet on Zoom, and be entertained with Netflix.

Compared with the business sector’s impressive mastery of new technologies, the response of
governments was heavy-handed, lead-footed, and wrong-headed. In the spring, governments
unnecessarily closed large swathes of the economy that posed little risk of spreading the virus; they were unprepared to test and trace more cases during the inevitable second wave and failed to make vaccines in Canada by year-end; and they poorly-targeted aid to many people not needing support instead of small businesses in desperate straits. Rather than demonstrating their ability to manage the virus and thereby stoking confidence in government’s ability to solve other societal ills, the pandemic highlighted its limitations compared with the speed and efficiency of the private sector. This message is as evident to youths as the failings of global finance in 2008.

Understandably most Canadians say 2020 was the worst year ever. However, it may ultimately prove to be a turning point for the better if it represents the high-water mark of government intervention that recedes to leave place for a resurgence of private sector innovation and competition in markets.

Got CEWS, Paid Dividend: No Problem: William Watson in the Financial Post