Challenges to Canada’s future engagement in Asia: Charles Burton for Inside Policy

in Columns, Dragon at the Door, Foreign Affairs, Foreign Policy Program, In the Media, Indo-Pacific, Inside Policy, Latest News
Reading Time: 4 mins read
A A 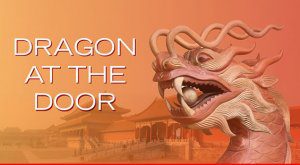 Without a more strategic vision, Canada risks being at the mercy of global forces beyond our reach in Asia, writes Charles Burton.

This is based on his recent statement to the House of Commons Standing Committee on Foreign Affairs, in preparation for their trip to South Korea, Japan and the Philippines.

The Trump administration’s ambitious efforts to address US concerns regarding China and North Korea have put the global community on the cusp of what could be turn out to be a game-changing transformation of the geostrategic dynamic of the Northeast Asia region. This has very far-reaching consequences for the domestic and international politics of Canada and our allies Japan and South Korea.

The ongoing successive imposition of tariffs and other restrictive measures on China by the United States has elicited reciprocal responses by the People’s Republic of China (PRC) which will prove disruptive to the global economy. But this trade dispute has at its source much more fundamental concerns about the incompatibility of China’s political economy and global ambitions with those of Canada and like-minded nations.

Canada adheres to the principles of liberal democracy, principles that we maintain have universal meaning as the rights entitled to all people everywhere. These liberal democratic principles inform the domestic and international institutions that shape Canada’s politics and foreign policy. But the PRC has in recent years explicitly rejected liberal democratic ideals as unsuited to China. China maintains they are not universal values but rather ideological constructs at odds to its interpretation of Chinese history and culture. They also accuse the West of using these ideas to challenge China’s rise to power. And China is confident that the US-led alliance, so central to Canada, Japan and South Korea, is heading to collapse. In the PRC’s view, China will eventually emerge as the new global hegemon.

China proposes a new global order – one that will be defined by China under its rubric of “a community of the common destiny of mankind.” China’s President Xi Jinping has put forth that this “community of the common destiny of mankind” is a “new type of international relations.” China’s Communist Party’s People’s Daily newspaper says this framework is “superior to Western mainstream international relations theory” pushing China to become the world’s unassailable economic and cultural leader by the year 2050. Human rights and multilateral co-operation have no part in Xi Jinping’s plans for world dominance.

The incompatibility of China’s political economy and global ambitions with those of Canada and like-minded nations inhibits the development of mutually beneficial economic relations with China. Chinese state firms purloining Canadian intellectual property through cyber-espionage and transferring Canadian-developed technologies by theft or coercion is a significant disincentive to Canadian business seeking to expand relations with Chinese capital. Concern over the national security consequences of Chinese foreign investment has also come to the fore, most recently with Canada’s rejection of the Chinese takeover over Aecon Group after a national security review – and growing concerns about Huawei’s entry into Canada’s communications infrastructure.

The incompatibility of China’s political economy and global ambitions with those of Canada and like-minded nations inhibits the development of mutually beneficial economic relations.

Canada has strong objections to China’s lack of respect for the fair play trade reciprocity of the World Trade Organization by imposition of tariff and non-tariff barriers, including arbitrary imposition of restrictive regulations and taxes to restrict foreign competition in the Chinese market. In addition, Chinese government attempts to influence foreign policymakers though covert, coercive or corrupt means is an increasing concern of Canada and governments throughout the world.

So to what extent can China be expected to respond to the US’s successive application of economic pressure and end its unfair trade and investment practices and the misuse of Chinese state firms to achieve China’s larger longer term foreign policy ambitions?  If the trade war between China and the US intensifies can Canada coordinate our policy response with Korea and Japan and the Philippines? And if there is consensus on a coordinated and effective response by us and our like-minded allies, what form should this response take?

Secondly, Washington and Seoul are now simultaneously diplomatically engaging North Korea with renewed vigour. Even Trump’s abrupt cancellation of the planned summit with Kim Jong-un seems to have been only temporary, as both sides continue their discussions. Where this will all lead remains uncertain. If Mr. Trump does meet with Kim Jong-un and the negotiations fail, then what follows? But if this US-North Korea summit does somehow lead to a rapprochement, how would Canada respond?

Canada already has diplomatic relations with North Korea but presently we have no embassy there or bilateral programming in that country. Our interests are represented by the Swedish Embassy in Pyongyang. Under what conditions would Canada send an ambassador to North Korea? What sort of developmental aid program would we initiate in that impoverished regime？

North Korea is a devastated country. Its reconstruction has enormous potential for a Canadian trade and investment and business. Canada would also hope to engage in good governance human rights and democratic development programming there, identifying potential agents of democratic political change, assisting to strengthen the rule of law and so on.

There is an urgency to establish strong coordination between Canada, South Korea and Japan on how we should respond to and support the US’s current initiatives to engage with North Korea now, and for future political and economic engagement of North Korea.

The Trump initiatives with China and North Korea for better or worse will have a lasting impact on the parameters of Canada’s engagement with Northeast Asia. There is no question that the region is on the cusp of great geostrategic transformation. Canada will be caught in the middle of a complicated dynamic forming between global visions of China and the United States strongly at odds.

Canada needs the strategic vision to address this new situation, lest we simply allow our future to be at the arbitrary mercy of global forces beyond our reach.

Charles Burton is an associate professor of political science at Brock University in St. Catharines, and a former Counsellor at the Canadian Embassy in Beijing.