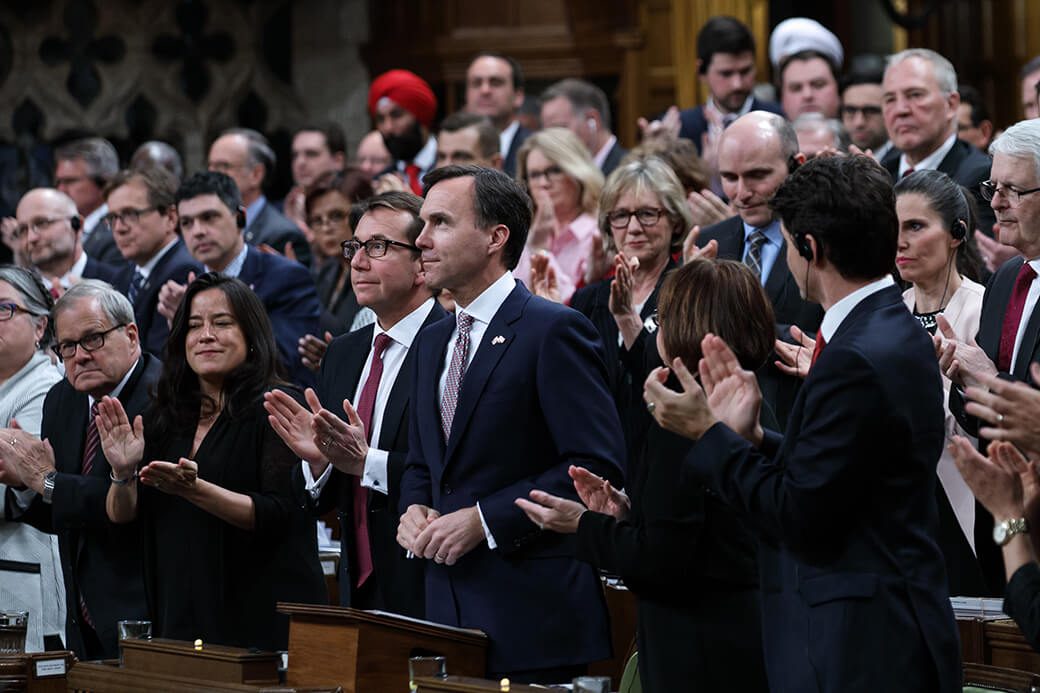 The Trans Mountain episode should cause us to restore common sense to government decision-making and project reviews, writes Sean Speer.

The Trudeau government’s decision to spend $4.5 billion to acquire the Kinder Morgan pipeline must be a wake-up call for Canadians.

It’s a sign that we’ve gone too far. Consultations and regulatory processes have become disconnected from their initial purposes of informed decision-making. Project approvals and permitting are regularly subjected to lengthy delays and costly uncertainty that have nothing to do with the environment, science, or our economic interests.

We’ve enfeebled our economy as a result. The case of the Trans Mountain pipeline should bring this into stark clarity.

A private company wanted to invest $7.5 billion— more than half the federal government’s annual infrastructure budget — in our country’s energy infrastructure. It represented a substantial investment involving 15,000 construction jobs alone.

The company, by all accounts, followed the rules. It submitted a project application at the end of 2013. The National Energy Board recommended its approval in May 2016. The government accepted the recommendation — including 157 conditions — in November 2016. Kinder Morgan spent $1 billion going through the painstaking consultation and regulatory process.

And yet in spite of all this the company ultimately decided the project wasn’t viable due to ongoing policy and legal uncertainty. No other firm would touch it. Ottawa had no choice but to buy it.

This isn’t a nascent industry. It isn’t a case of market failure. We already have 840,000 kilometres of pipeline operating in Canada. Most has been financed and constructed by private capital.

This is a case of government failure. In fact, it’s a failure by all of us. We’ve permitted a build up of government rules and processes that amounts to what conservative columnist George Will calls“economic enfeeblement.”

This is a case of government failure. In fact, it’s a failure by all of us.

The Trudeau government certainly contributed to the problem. Opportunistic critiques of the major project review process diminished public confidence. Vague commitments about the United Nations Declaration on the Rights of Indigenous People raised the spectre of a First Nations “veto”. New regulatory burdens exacerbated the already slow and cumbersome process. Notions of “social license” were predictably used as a foil by ideological activists to stall progress.

This is all true. But the problem is bigger than one government, one pipeline, or one sector. It now permeates every level of government and crosses the economy.

One example: Condo and real estate developers in Toronto typically face nearly a year-and-a-half for approvals and spend an average of $46,570 per unit on compliance costs. The result is less housing supply and in turn higher prices at a time when people are rightly concerned about housing affordability.

Another example: federal, provincial, and local governments pledged funding for the Spadina subway extension in 2006 and yet the service only commenced more than 10 years later in December 2017 following various delays and cost overruns. No wonder it represented the first new subway stops in decades.

The list could go on and on. The Trans Mountain episode is merely the most recent and highest profile example.

It should cause us to restore common sense to government decision-making and project reviews. It’s time to end the enfeeblement. We need to start building things again.

Sean Speer is a Munk Senior fellow at the Macdonald-Laurier Institute.

Challenges to Canada’s future engagement in Asia: Charles Burton for Inside Policy

What Lessons can be learned from the Toronto Van Attack Case?: Scott Newark for Inside Policy

What Lessons can be learned from the Toronto Van Attack Case?: Scott Newark for Inside Policy