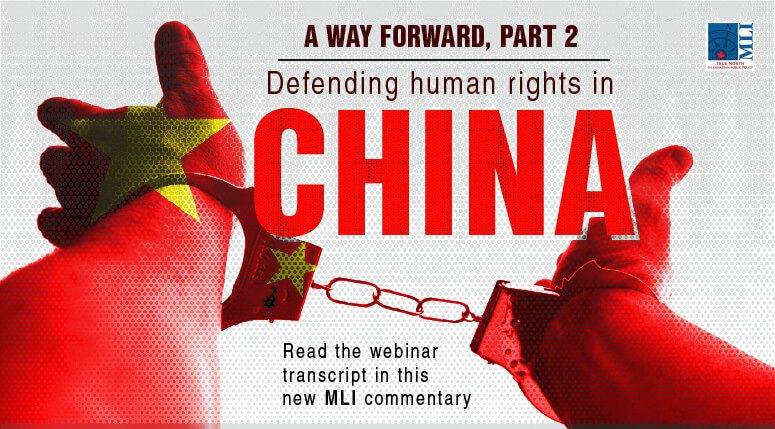 OTTAWA, ON (April 15, 2021): The world is waking up to the nature of a crony capitalist enterprise operating as a government in charge of 1.3 billion Chinese people. But it has been an uphill challenge for defenders of human rights. The Chinese Communist Party has been successful in co-opting many of the political and business elite in the free world. The West has been preoccupied by economic opportunity in China, with massive human rights abuses often swept to the side.

Building on the global impact and success of our event on how the free world could respond to the crisis in Hong Kong, the Macdonald-Laurier Institute, European Values, Hong Kong Watch, Optimum Publishing, the China Democracy Foundation and the Inter-Parliamentary Alliance on China (IPAC) convened an online conference on January 14, 2021 to tackle the broader range of human rights abuses perpetrated by the regime in Beijing.

Some of the world’s top thinkers on human rights and international affairs joined us to discuss:

We are pleased to release an edited transcript of the comments from this event. To read the full commentary, click the button below.

Is the Canadian Government Prepared to Stand up to Beijing? Margaret McCuaig-Johnston for the Prospect Foundation