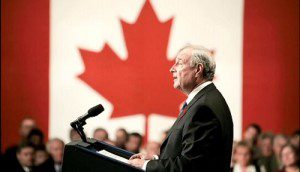 This article is part of a series by the Financial Post Comment. With next week’s federal budget fast approaching, FP Comment asked its regular contributors to think about how they would approach things if they were finance minister.

I would draw on the best of Marc Lalonde and Paul Martin — practising fiscal prudence and removing obstacles to private investment, writes Jack Mintz in the Financial Post. Below is an excerpt from the article which can be read in full here.

If I were finance minister, I’d be asking myself the following question: With a recovery just getting going following a deep recession, should I act like Marc Lalonde in 1983 or Paul Martin in 1994? Or should I chart my own course?

Lalonde’s 1983 budget followed a severe recession in 1982 that resulted in a deficit of $25.3 billion for the fiscal year 1982-83, equivalent to eight per cent of GDP or $61.9 billion in today’s dollars. His response? Allow an even larger deficit! Fully $31.2 billion for 1983-84 (or $76.3 billion in $2021). Lalonde’s philosophy? “I set out with two goals: to ensure that recovery firmly takes hold and that it be durable… I am relying on the dynamism and creativity of the private sector to bring about durable recovery.”

As for addressing the elephant-size deficit, Lalonde promised to get federal spending back to pre-recession levels as a share of GDP. As we know today, the 1983 federal budget was a failure in terms of fiscal prudence. From 1975 on, in fact, federal revenues failed to cover program spending, let alone interest payments on the debt, and that persistent shortfall led to an immense build-up of public debt. Along with inflation and high interest rates, it set the stage for the dramatic fiscal crisis soon after Paul Martin became minister in 1993.