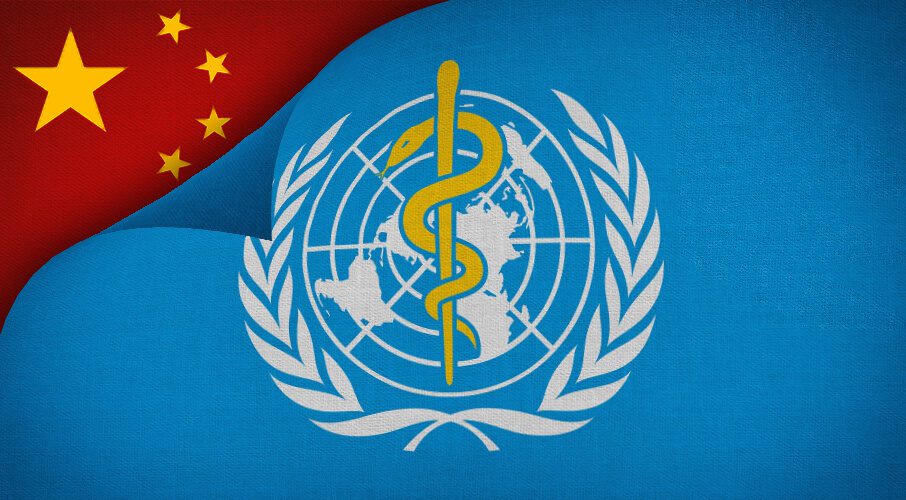 Through neglect and lack of leadership among Western democracies, authoritarian China has accumulated undue influence at the UN, writes J. Michael Cole.

Facing mounting criticism over his organization’s initial handling of the COVID-19 epidemic, World Health Organization (WHO) Director-General Tedros Adhanom Ghebreyesus last week launched an unprecedented attack against Taiwan – a country the WHO has repeatedly ignored – accusing it of orchestrating a “racist” attack campaign against him and black communities over the past three months.

Besides alleging that Taiwan’s Ministry of Foreign Affairs was aware of, and had countenanced, the online attacks, Tedros contended that Taiwan’s “politicization” of the issue would result in “more bodybags” as the death count of the COVID-19 pandemic soars worldwide. Tellingly, before the press conference at which he made those allegations, Tedros and other WHO officials had refrained from using the name “Taiwan,” referring to it instead as “Taipei and environs,” or as being part of China. Canadian expert and senior consultant for the organization, Bruce Aylward, went one step further during an interview with Radio Television Hong Kong, pretending he could not hear a question about Taiwan and, when the query was repeated, hanging up on the reporter.

There was, however, a problem with Tedros’s claims: they were false. The following day, Taiwan’s Ministry of Justice Investigation Bureau revealed that the “racist attacks,” and subsequent online “apologies” by purported Taiwanese to Tedros, in reality came from Chinese accounts on Twitter. The Taiwanese perpetrators were, in fact, Chinese impersonators.

Accustomed to China’s political warfare tactics, it didn’t take long for Taiwan to discover that China’s cyber army had been behind a campaign to discredit Taiwan, to further alienate it from the WHO, and to draw attention away from Taiwan’s success in handling the COVID-19 outbreak and generous medical assistance to international partners.

Thus, at a time when Taiwan was doing what WHO officials have been urging – international cooperation – Tedros was targeting the island-nation with potentially damaging disinformation provided by Beijing. And the latter lost no time to amplify message, calling the alleged attacks by Taiwanese “venomous.”

By that point it had already become clear that Tedros and his organization were all too willing to ignore coverups by Chinese authorities, just as they refused to admit that they had ignored warnings by Taiwan’s Centers for Disease Control in January about evidence of human-to-human transmissibility in Wuhan, which may very well have ensured that the eventual outbreak would cost more lives worldwide.

Despite a patchy track record as health minister in his home country, Ethiopia, where he has been accused of complicity in covering of cholera outbreaks, Tedros was elected to his current position by the World Health Assembly in 2017. Beijing’s favorite, Tedros, who belongs to the Ethiopian People’s Revolutionary Democratic Front – a Marxist-Leninist party – defeated Britain’s David Nabarro, a candidate who was favored by the US and, it was believed, would have been “nicer” to Taiwan. After his election, Tedros reaffirmed his adherence to the “one China” principle.

As with other UN agencies, the WHO often appears to have become an extension of Beijing’s foreign policy; its top officials “owe” Beijing, which used its growing influence behind the scene either to have its own people (e.g., the International Civil Aviation Organization, Interpol) or representatives from other countries whom it believes it can bend to its will, elected. Thus, for all his shortcomings, Tedros is only the tip of the iceberg.

Over the past decade, we have allowed China, one of the world’s most egregious human rights violators, what with its assault on civil society, dissidents, religion, and freedom of expression, and erection of concentration camps in Xinjiang, to tighten its grip on the UN system. Through that influence, it has been rewriting the very principles that have underpinned the global body since its creation following the turmoil of World War II. Beijing has done so not because it fundamentally believes in international institutions, but rather, in a manner quite reminiscent of the USSR before its collapse, because the world body serves as a conduit to advance its own geopolitical ambitions.

Through neglect and lack of leadership among Western democracies, authoritarian China has accumulated undue influence at the UN Human Rights Council, the Economic and Social Council and the UN General Assembly, where it has used “bloc voting” among member states to further its antidemocratic agenda.

By our negligence, we have allowed the UN to get away with serious violations and influence-peddling in the upper echelons of the organization. While resulting in high-profile arrests, controversies such as those involving former UN General Assembly president John Ashe, the China Energy Fund Committee and Patrick Ho Chi-ping – all linked to China’s bribery of UN officials – have failed to prompt reviews at the world body. In the latter case, UN Secretary General António Guterres is alleged to have actively blocked an internal investigation. (Ho unsuccessfully sued this author in a Taiwan court in 2018.)

Frustrations with the WHO and China’s undue influence in the organization have led to US President Donald Trump considering holding off future funding. While certain measures are indeed necessary to signal displeasure, distancing ourselves from UN institutions might not be the most advisable course of action, as China likely would be delighted to fill that void and thereby further bolster its influence and ability to dictate the agenda. Rather than pull out, what is urgently needed is for leading democracies to work in concert to launch UN institutions on a correction course and to reduce the nefarious influence of gross human rights violators like China.

The UN today arguably faces the greatest challenge to its raison d’être since its creation in the early days of the Cold War. Its continued relevance as a guarantor of international security depends on our active involvement within its hallowed halls. Our collective refusal to acknowledge that there is a serious problem at the UN, or defeatism in the face of Beijing’s seemingly unstoppable ambitions, will only haunt us down the road.