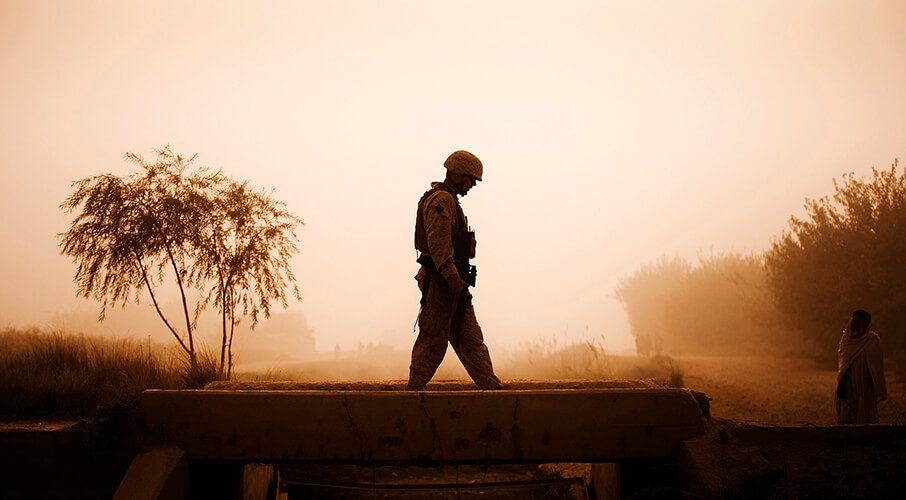 In a post-9/11 world, four geopolitical contests are playing out. In Afghanistan, all strands intersect, writes Dhruva Jaishankar.

This article initially appeared in the Hindustan Times and is being republished with the permission of the author.

Reports that representatives of six countries — Pakistan, China, Russia, Qatar, Turkey, and Iran — were invited to the formation of the Taliban-led government in Afghanistan perhaps best capture the long-term geopolitical repercussions of the post-9/11 era. The complex global landscape that marked much of the past two decades has started to assume greater clarity. Of particular importance is the concatenation of four regional geopolitical contests across the Eurasian landmass. Recent developments in Afghanistan have affected them all.

The first, in the Western Pacific, has long featured a rising China on the one hand and the United States (US) and its Asian allies on the other. Flashpoints have included the Korean Peninsula, East China Sea, Taiwan Strait, and South China Sea. This dynamic has shaped negotiations between the two Koreas, the strength of the US-Japan alliance, scenario-planning around a potential Taiwan Strait crisis, and China’s building and militarisation of artificial islands. But while tensions continue along what is commonly referred to as the first island chain, US-China competition is now playing out on a global scale.

The second dynamic has witnessed India’s attempts at addressing an intensifying China-Pakistan axis since the 1960s. But as the balance of power has shifted, both between China and India, and between India and Pakistan, this competition has moved beyond just contested borders, and has begun to alter regional institutional cooperation and economic connectivity. It has also influenced developments in Afghanistan, Myanmar, the rest of South Asia, and the Indian Ocean.

The third theatre, in West Asia, has featured a more complex landscape, involving Saudi Arabia, Iran, Israel, the United Arab Emirates (UAE), Turkey, and Qatar. The Gulf Cooperation Council’s 2017 ostracism of Qatar coupled with the Abraham Accords — through which the UAE and Bahrain normalised diplomatic relations with Israel — are but the most significant reflections of the changes afoot. They relate in large part to the role of political Islam (and often specifically the Muslim Brotherhood) in regional politics, which being contested in different forms in Egypt, Libya, Syria, and the Palestinian territories. These divisions have also been transposed upon sectarian divides, often featuring Iran, that have erupted in Iraq, Lebanon, and Yemen.

The fourth regional contest has been in Europe, a legacy of the post-Cold War expansion of the European Union and North Atlantic Treaty Organization (NATO) into areas traditionally seen by Russia as within its realm of influence. This has resulted in so-called “frozen conflicts” in Moldova and Georgia, the annexation of Crimea, and continuing conflict in eastern Ukraine. A further dynamic affecting Europe has involved fraying relations with Turkey, whether over regional security concerns, migration, or energy resources in the Eastern Mediterranean.

The boundaries between these various regional rivalries had already started to blur. China’s more active presence in the Indian Ocean after 2008 merged the Pacific and Indian Oceans into a single strategic continuum — the Indo-Pacific. The India-Pakistan rivalry was beginning to influence — and be influenced by — developments in the Gulf. And Turkey’s activism has started to shape outcomes to its east, west, and south, whether in the Caucasus, Eastern Mediterranean, or Levant.

Developments in Afghanistan, however, affect all four dynamics at once. Of particular significance is the open alignment on the Taliban between Pakistan, China, and Russia, as part of a process facilitated by Qatar.

However, Taliban rule in Afghanistan raises the prospects of further terrorism directed against India, a refugee outflow to Europe, the spectre of populist Islamist governance in West Asia, and intensifying competition between China and the US for global influence.

Yet, despite the growing crystallisation of geopolitical competition between the states of the Eurasian heartland, and those of the periphery, a number of factors will continue to complicate matters. For example, some states in Europe (Greece, Hungary, even Germany) may still advocate for greater engagement with Russia, even as others (France, Poland, and the Baltic States) grow even more concerned about Moscow’s intentions. Turkey’s role in NATO could prove increasingly untenable. West Asia could yet throw up unlikely bedfellows — for example, Turkey and Israel both provided assistance to Azerbaijan during last year’s Nagorno-Karabakh war, despite their many differences. India may still seek common cause with Russia and Iran when it comes to matters such as security and connectivity. At times, South Korea’s divergences with Japan have overridden both their concerns about China as well as their joint cooperation with the US. Contradictions such as these will inevitably frustrate the seemingly inexorable logic of interest-based geopolitical coalitions.

Nonetheless, the world’s most important fault lines may continue to be exacerbated by certain overriding developments — the rise and growing assertiveness of China, the contest over political Islam in Southwest Asia, and Russia’s fraught relationship with the West. The return of Taliban control in Afghanistan brings all these dynamics into clearer focus. The aftermath of 9/11 — the War on Terror, the global financial crisis, even the coronavirus pandemic — may in hindsight appear as stepping stones towards a much more fractured and competitive world, one that is becoming fully apparent 20 years on.

All our lives are inseparably tied to foreign affairs: Richard Shimooka in the Vancouver Sun

Inside Policy: Twenty Years After 9/11 – What Did We Achieve in Afghanistan?

Inside Policy: Twenty Years After 9/11 - What Did We Achieve in Afghanistan?