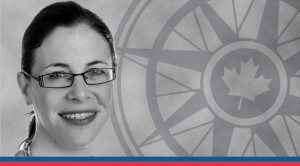 With almost every major file under review, the federal Liberal government has been a smashing success at consulting on policy, rather than actually changing it, in the year since the federal election. So it was only appropriate for MLI to bestow its annual Policy-Maker of the Year award on The Consultation Process.

Every year, the Macdonald-Laurier Institute recognizes a Policy-Maker of the Year. Past recipients have included former Bank of Canada governor Mark Carney, former minister of Foreign Affairs John Baird, and even the entire Supreme Court of Canada in 2014. One might say that these winners were singled out for the significant policy changes they made – the important things that they did. But this year, less is more, and the 2016 beneficiary of the title is being acknowledged for the feat of doing absolutely nothing concrete in an extraordinary array of policy areas: The Consultation Process.

During the last year, committees, review panels, task forces, multi-party negotiations, and other bodies have spent a great deal of time discussing, considering, evaluating, and most importantly, consulting. In fact, they’ve spent so much time on these activities that they have achieved mind-boggling success at pre-empting actual policy change in areas of electoral reform, federal science funding, interprovincial trade, environmental assessment, climate change, cyber security, innovation, mail delivery, and marijuana legalization, to name just a few. Sometimes, this inaction has been for the best. (While our current electoral system is not perfect, it is preferable to the alternatives that are being floated as replacements). But often, the inaction has been for the worst. For example, the country is in desperate need of tough measures against interprovincial trade barriers, yet all we’ve received this year is talk.

Yet, for all this dialogue, very little is being done.

Keeping in mind that it often takes government a year or more to make any sort of decision after initiating consultations in any area, I posit that The Consultation Process’s foremost policy achievement is delay. You may judge for yourself whether this is the case. But consider that there are currently more than 80 separate federal consultations underway, covering everything from coastal fishery regulations to parental benefits to the federal budget to the use of oxygen scavengers in preserved meat products. Almost every important area of policy is under review, and most not-so-important ones are too. So, love it or hate it, there can be little argument that The Consultation Process has been a major player in Canadian policy in 2016.

Yet, for all this dialogue, very little is actually being done. Consider the positive policy changes that could have been achieved this year if government-appointed consultation bodies weren’t so busy, you know, consulting.

In its election campaign, the federal Liberal party offered great hope that if it attained power, it would legalize marijuana, thereby choking off dangerous black markets and freeing up law enforcement to pursue serious crimes instead of harmless tokers. Today, over year a later, we could already be enjoying a safe, legal, marijuana market with convenient options for consumers and new revenues for government. Instead, we are enjoying a marijuana legalization and regulation task force, which – after multiple expert round-tables and a great deal of travelling the country to consult with Canadians – has now released a 106-page report that essentially says: “Yes, let’s legalize marijuana, but we should try to avoid allowing children to snack on pot brownies and having grownups driving while high as a kite when we do so.” Thank goodness they got that straightened out before proceeding.

The federal government could also have stepped in and gone to bat for free interprovincial trade. It’s absurd that Canada enjoys freer trade with other countries than it does with itself, and that barriers to the flow of goods, services, and people between provinces cost the country on the order of $8 billion a year. By now, Prime Minister Justin Trudeau could have introduced a statute barring all government rules and policies that unnecessarily impede trade between provinces. And while he was at it, he might have amended the Importation of Intoxicating Liquors Act – the federal legislation that empowers provinces to maintain their price-gouging, small business-killing, protectionist monopolies on alcohol sales. Instead, the federal government has chosen to wait for the provinces and territories to consult with each other and work out a meaningful new interprovincial free trade deal on their own. So far, this task has taken provincial leaders more than two years and two federal governments, with encouragement from a few constitutional lawsuits. And that was just to come up with a proposal, the details of which have not been shared with the public, even though it was agreed to in July.

And let’s not forget Canada Post. The Crown corporation has already been examined to death. In his election campaign, Mr. Trudeau promised he would restore home mail delivery if elected. (The previous Conservative government had planned to move from home delivery to community mailboxes.) Restoring home delivery would be a simple, quick policy change to make, even if terribly expensive. But has Mr. Trudeau done it? No. Instead, the federal government has undertaken a lengthy year-long review, including plenty of consultation, apparently to figure out what home delivery actually means. Public Services Minister Jody Foote explained at a press conference announcing the review in May: “Home delivery, yes. Home delivery in what format in terms of time is another question … I don’t think we specified in terms of home delivery being seven days a week or five days a week. We need to hear from Canadians what it is they need.” The report recommended a return to home delivery.

Then again, maybe there’s no rush. The rumblings and we’ve heard and results we’ve received from current and recent consultations signal that to the extent these formal discussions eventually result in concrete policy recommendations, there’s a danger that the recommendations will be terrible ones.

After meeting for months, embarking on a cross-country consultation tour, and spending hundreds of thousands of dollars, the Special Committee on Electoral Reform recommended that a referendum be held on the status quo first-past-the-post system vs. proportional representation, but couldn’t find consensus on what version of proportional representation should be presented. And was all this consultation really necessary to get to a suggestion that Canadians vote on the matter – which is essentially the most simple and direct form of consultation there is? Besides, there are now strong signs that Mr. Trudeau and the Liberals have lost their taste for this whole changing-how-people-vote thing, now that they’re comfortably in power anyway.

To the extent these formal discussions eventually result in concrete policy recommendations, there’s a danger that the recommendations will be terrible ones.

The strongest argument for The Consultation Process as Policy-Maker of the Year, though, is the fact that if you take these dialogues out of the equation, you’re left with a federal government that has barely made any policy progress at all.

Mr. Trudeau promised the country at least 10 significant electoral changes, none of which has occurred. Of Mr. Trudeau’s 12 promised budget actions, the federal government has delivered on a single one: reducing the government’s advertising budget and use of outside consultants. Unfortunately, the government has broken the weightier promises of running short-term deficits of less than $10 billion in fiscal 2016 and 2017, and making the middle-class tax cut and new 33-percent-tax bracket revenue-neutral.

On the environment, precisely none of Mr. Trudeau’s promised changes have so far come to pass. For example, perceived problems with the environmental assessment and consultation process for major pipelines were supposed to have been addressed, but activists complain that it’s been business as usual when it comes to Kinder Morgan’s Trans Mountain Expansion Project. (At least the country’s resource economy can breathe one sigh of relief, thanks to policy inertia.)

In closing, I’d like to extend hearty congratulations to this year’s MLI Policy-Maker of the Year, The Consultation Process. After launching a review, conducting amorphous “work”, producing a discussion paper, and consulting with Canadians by flying around the country a few times, MLI’s task force will get back to you in a year with its decision on exactly how this winner is to be recognized

Marni Soupcoff is a Toronto-based writer, commentator, and policy analyst.

Inside Policy, December 2016: MLI names “the consultation process” 2016 policy-maker of the year