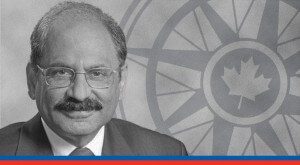 Sheikh is the author of a recent MLI paper that argues governments’ interest in wealth redistribution has done little to improve social mobility in Canada.

There has been considerable public discussion recently about income inequality and social mobility. Witness the widespread appeal of Thomas Piketty’s Capital in the Twenty-First Century, the “one per cent” movement, and politicians’ often-stated concerns about wealth disparity. “Tax the rich” is often ventured as a solution to both wealth disparity and a lack of social mobility.

These issues have raise two important questions: 1) does income inequality reduce social mobility; and 2), is the use of the tax-transfer system appropriate to reduce inequality and contribute to social mobility? Some would say yes and yes. This can be referred to as the Great Gatsby (GG) model, after the social conditions of the era described in the F. Scott Fitzgerald novel.

However, other research that examines the operation of the tax-transfer system in achieving the objectives of reducing inequality, and thus trying to improve social mobility, suggests that care must be taken in answering the two questions. The answers, based on the way a number of policies have actually worked, may in fact be no and no.

On the first question of an association between income inequality and social mobility, evidence for Canada shows that reducing income inequality, for example by helping the middle class through taxing the rich, does not necessarily help those with low incomes or who are in poverty: and, it is these groups whose economic situation could be the more important determinant of social mobility.

On the second question, in Canada, many inappropriate tax-transfer policies have helped to condemn people to being trapped behind low-income and poverty walls and, rather than improving social mobility, may have worsened it: we refer to it as the Zero Dollar Linda model following the work of social policy expert John Stapleton, who examined the incentives that caused a Toronto woman, Linda Chamberlain, to return to social assistance after a successful attempt to rejoin the workforce.

Examples of programs that may reduce inequality but that under the Zero Dollar Linda model also reduce social mobility include: specialized benefits available to those receiving social assistance but not to those who are working at low incomes; disability benefits which make public support a perversely positive function of income to a certain level; and, overlapping federal and provincial programs clawed back at different thresholds and different rates.

In light of this analysis, two policy conclusions need emphasizing. First, despite decades of lip service to the idea of eliminating the welfare and low-income traps, they are still very much with us. Our social policies must, therefore, be reformed with an eye to eliminating this self-imposed but unconscionable and unnecessary barrier to social mobility.

Second, beyond simple income redistribution, done appropriately, policy should be directed at improving the ability of low-income people to acquire useful skills and to be available for work. That points to a greater focus, for this group, on skills development, availability of extended health care benefits, disability benefits, children’s benefits, affordable child care, effective employment services, and comprehensive unemployment insurance. Funding some of these needs, where policy effectiveness can be demonstrated, through a more progressive tax system, which would include not imposing unacceptably high marginal effective tax rates on the poorest people as the current system does, would not only improve social mobility but also reduce income inequality.

We can only hope that any new social policies along these lines would be better managed than the existing ones.

Munir A. Sheikh is an executive fellow at the School of Public Policy, University of Calgary, and a former chief statistician of Canada. This article is based on his paper recently published by the Macdonald-Laurier Institute.