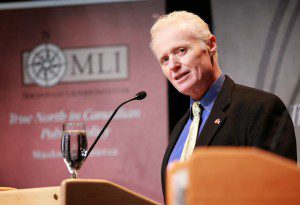 The InterAction Council, a group that mobilizes global leaders who have held the highest offices in their countries, held the event on Monday, April 20, 2015 at the University of Ottawa.

The theme for the meeting was “Rubles, Rebels and Realism: Russia’s Impact on World Affairs in 2015”. It was designed to examine in-depth issues such as Russia’s sputtering economy and growing interest in areas such as Crimea and Ukraine.

Other sections of the event looked at Russia’s relationship with Crimea and Ukraine, the implications for NATO and the European Union and Russia’s impact on global geopolitics.

The meeting is expected to produce a Chairman’s report, which will be released in June 2015.