Should the Senate be abolished? No: Stanley Hartt in the National Post on GCD #1

in Columns, In Memoriam, In the Media, Latest News, Stanley Hartt
Reading Time: 4 mins read
A A 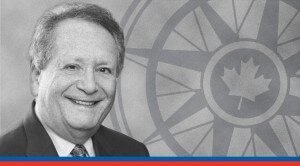 Canada’s Senate cannot be abolished, says Stanley Hartt in the National Post. Therefore, it must be saved.

Hartt will argue against the motion “Canada’s Senate is beyond saving and must be abolished” as part of the Macdonald-Laurier Institute’s first Great Canadian Debate of 2015-16 on Thursday, November 19, 2015. Tasha Kheiriddin, who also authored a National Post op-ed, will argue in favour.

Faced with the embarrassing revelations about self-serving interpretations of the Senate’s rules on travel and living expenses, it would require a very brave debater to oppose the resolution that “Canada’s Senate is beyond saving and must be abolished.” But it is my submission that, since the Senate cannot be abolished, it must be saved.

Why can’t the Senate be abolished? In 2014, in the Reference on Senate Reform, the Supreme Court of Canada decided unanimously that, “The abolition of the Senate requires the unanimous consent of the Senate, the House of Commons and the legislative assemblies of all Canadian provinces.” The court also determined that there were substantial constitutional barriers (requiring significant support from provincial legislatures) to modifying the terms for which Senators are appointed, or creating a consultative election process for selecting senators. Then-prime minister Stephen Harper’s reaction was to say, “We know that there is no consensus among the provinces on reform, no consensus on abolition and no desire of anyone to reopen the Constitution.” Significant reform and abolition were effectively off the table.

If that is the case, what can be done to improve how the Senate functions?

The Senate does play a useful role in our system of government. Sometimes called the chamber of “sober second thought,” the Senate is a place where intensive scrutiny of legislative measures can take place, either after a bill adopted by the House of Commons and sent to the Senate, or by studying proposed legislation still being considered by the lower house. Landmark reports on fundamental policy issues, such as the 1970 Davey Report on Mass Media, the 1971 Croll Report on Poverty and the 2002 Kirby Report on Canada’s health-care system have significantly influenced legislative and administrative developments.

The Senate does play a useful role in our system of government.

The prescription for a productive Senate lies in its membership. If individuals from a variety of backgrounds, representing Canada’s varied regions, are selected on the basis of their ability to contribute to debates on law and policy, the role of the chamber can easily be rehabilitated. People with outstanding records of achievement in their prior careers have come to the Senate imbued with a strong sense of public duty — people like Trevor Eyton, Michael Meighen, Dr. Wilbur Keon, Joan Fraser and Paul Massicotte.

Because its members are unelected, the Senate must eventually defer to the wishes of the elected House. Democracy requires that the Senate’s efforts improve legislation, not become an obstruction. This was the case in 1990 when the majority Liberals used disruptive tactics to prevent a vote on the creation of the GST, which forced then-prime minister Brian Mulroney to use of Section 26 of the Constitution Act to appoint eight pro-tempore Senators, in order to assure passage of this fundamental measure.

What we need to do is focus on how we can reconcile the evident desire for a Senate composed of highly qualified individuals with the democratic need to have an appointed body that understands the deference it owes to the elected one. How we improve the appointments system will influence whether we actually “save” the Senate, or find ourselves debating its abolition again in the near future.

On some occasions, previous prime ministers have appointed political castaways whose usefulness has expired, bagmen and partisan loyalists to the upper chamber. It ought to suffice for the prime minister to merely refrain from succumbing to this urge. But we now have a myriad of proposals for more complex fixes, which would appear to tie the hands of the prime minister in making appointments by presenting him or her with “lists” developed in a variety of ways.

The Meech Lake Accord would have allowed the provinces and territories to provide the prime minister with lists of names from which he or she would select appointees. This might have assisted the original purpose of the Senate to reflect and protect the interests of the various regions of Canada, but might not improve the quality of appointments.

What we need to do is focus on how we can reconcile the evident desire for a Senate composed of highly qualified individuals with the democratic need to have an appointed body that understands the deference it owes to the elected one.

Attempts to constitute a Senate filled with the “best and the brightest” by having a committee to recommend independent candidates, much in the way appointments to the Order of Canada are reviewed, has been proposed by Prime Minister Justin Trudeau. But the prime minister must be able to name Senators who are broadly in favour of  the government’s program to ensure that the legislative agenda of the elected MPs is not impeded. The prime minister must not be obliged to merely appoint the nominees named by others. He or she must be free to select individuals who, without necessarily being partisans or members of any caucus, agree to support the objectives of the elected government.

If the prime minister is serious about creating a better Senate, he should simply appoint better Senators. Good people doing good work, but selected in a manner that respects our representative form of government, is a more practical solution to the Senate’s woes than abolition.

Stanley Herbert Hartt serves as legal counsel at Norton Rose Fulbright Canada and has served as deputy minister in the Department of Finance and as chief of staff in the Office of the Prime Minister in the 1980s.

After Paris attacks, what’s next in Canada’s fight against Islamic State?: MLI Commentary by Alex Wilner

After Paris attacks, what’s next in Canada’s fight against Islamic State?: MLI Commentary by Alex Wilner