The Right to Say Yes on Resource Projects: Ken Coates for Inside Policy 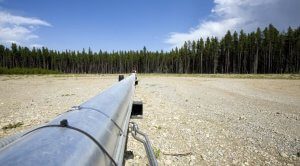 If reconciliation means anything, it must mean that Indigenous peoples have the power not just to say “no,” but to say “yes” to projects on their traditional territories that will benefit them, writes Ken Coates.

For the last few decades, Indigenous communities fought for the right to have a say in resource projects. In earlier generations, major resource and infrastructure projects were imposed on traditional territories without consultation, engagement, and collaboration. In some instances, these projects did severe environmental damage or caused major social and cultural disruptions.

Indigenous peoples were frustrated by being left out of these development activities and associated economic benefits. So they went to court, fighting for the right to be consulted on resource developments and to receive appropriate compensation for the use of Indigenous lands and resources.

The roots of this struggle go back to the 1970s and the Mackenzie Valley Pipeline Inquiry led by Thomas Berger and the James Bay Cree protests over the proposed Hydro Quebec projects on their lands. In the process, Indigenous people spoke out against major developments and secured both a say in the launch of projects and assurances of financial and other economic returns over time.

Indigenous claimants headed into the courts – and they won. They did not win once or twice; they won hundreds of times. Over and over again, Canadian courts declared that Indigenous peoples had to be consulted about new projects and that they deserved a share in the proceeds. The pivotal decisions by the Supreme Court of Canada in 2004 on the Haida and Taku cases established the “duty to consult and accommodate” legal requirements that rewrote the development process in Canada.

The resulting system worked quite well for localized projects, such as mines and forestry operations. Over the last 15 years, many projects came to fruition with substantial Indigenous participation and engagement. An entire industry emerged focused on community consultations and negotiations with Indigenous governments. Billions of dollars of benefits, resource revenue sharing, procurement contracts, community training programs, and industrial jobs flowed to Indigenous communities. Indigenous economic development corporations emerged as powerhouses in regional development, and resource firms became adept at responding to Indigenous requirements.

However, the system did not consistently serve linear projects as well. Even when the overwhelming majority of Indigenous communities supported pipelines or other such developments, one or two communities could slow construction to a crawl. When a group of communities united in opposition, as they did with Enbridge’s Northern Gateway project, a multi-billion-dollar development could be scrapped.

Where suitable arrangements could be worked out with Indigenous communities, as with Enbridge’s Line 3 Pipeline, development proceeded apace. When a large majority of Indigenous peoples backed a project, work would move forward, even with considerable resistance, as with the Coastal GasLink and TransMountain pipelines.

On its own, Canada’s approach to the duty to consult and accommodate was by no means fatal for these projects, and for many Indigenous communities and industry proponents, the arrangements worked quite well. Yet the Government of Canada kept pushing forward with a narrow and ideological approach that has worked to the detriment of Indigenous rights.

Ottawa was determined, responding to the arguments of groups opposed to certain developments, to increase the level of scrutiny over new projects. The Liberal government, with significant suspicion about resource development and an increasingly environmentalist thrust to its policy-making, adapted more severe measures.

A good example is Bill-69. The new legislation did not interfere with all resource developments; the mining industry and forestry adapted to the new requirements. For larger linear projects, however, the complex and expansive requirements increased the cost of regulatory approvals and added greatly to the time needed to complete projects. Only large and profitable companies with strong cash flow could tackle the regulatory process; some potential investors, particularly those working on linear projects and in the oil sands, moved their capital to more welcoming commercial environments.

First Nations, Métis and Inuit communities are currently backing a wide variety of major projects, including an Indigenous equity stake in the TransMountain pipeline. Just before Keystone XL was cancelled by newly elected President Biden in 2021, several First Nations from Alberta promised major sizeable investments in the project. Indigenous leaders are supporting a variety of pipeline projects to take Canadian natural gas and bitumen to the coast of British Columbia and other ports. The Inuit are promoting a major road and port project in Western Nunavut. Other Indigenous communities support wind and solar energy projects, LNG plants, hydro initiatives, and other large projects.

Far from abandoning the protection of their traditional territories, Indigenous communities have built ecological understanding into the foundation of their plans, ensuring that benefits can be enjoyed sustainably by their communities. Now they face a strange reality: government policies put in place to “protect” Indigenous interests are now substantial impediments to the development of Indigenous-led projects.

Indigenous communities have the legal, constitutional, and political power necessary to pursue their interests. They do not, in the main, have ready access to investment capital; funding remains a significant obstacle.  But the regulatory environment has emerged as a major stumbling block. Given that such regulations were paternalistically put in place by a national government that paid more attention to anti-development Indigenous spokespeople than those more favourable to such projects, the irony is obvious.

For Indigenous peoples and communities, the right to say “no” to development projects must be matched by the right to say “yes.” Either the country has confidence in their ability to protect their traditional territories or it does not. In the coming months, the federal government will be presented with several opportunities to demonstrate its confidence in Indigenous governments and communities. If reconciliation means anything, it must mean that Indigenous peoples can say “yes” to projects on their traditional territories.

Ken Coates is a Munk Senior Fellow with the Macdonald-Laurier Institute.

Canada can’t have it both ways when it comes to China: Charles Burton on the Shaye Ganam Show