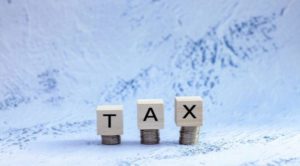 Five reasons why we could soon be subjected to growth-inhibiting tax hikes of a sort we haven’t seen before, writes Jack Mintz in the Financial Post. Below is an excerpt from the article, which can be read in full here.

In the next couple of months, an avalanche of federal and provincial budgets will set the stage for public spending and taxation for the fiscal year 2022/23. The IMF’s October 2021 Fiscal Monitor reports consolidated public spending in Canada was 48.1 per cent of GDP in 2021, a level not seen in 30 years. Revenues were 40.6 per cent of GDP, leaving a shortfall of roughly $200 billion — 7.5 per cent of GDP.

Although COVID relief is winding down and inflation and economic growth are pushing up revenues, don’t expect deficits to disappear quickly. Based on current policies, the IMF predicts consolidated spending will fall to 43 per cent of GDP this year and revenues rise just a smidgeon to 41 per cent. But the federal government is expected to open the taps again with $100 billion in new social programs and climate subsidies. The provinces, running a broken-down health care system that absorbs almost half of their budgets, face immense pressures to spend even more.

Over the next few years, maybe starting this spring, the result of this fiscal squeeze could well be growth-inhibiting tax hikes of a sort we haven’t seen before. Here are five reasons why.

Canadians 65 and older were 17 per cent of the population in 2019. By 2030 they will be 22 per cent. Health care spending is heaviest in the last years of a person’s life, while recent budgets have increased Old Age Security and other senior benefits. With aging and other cost pressures, the IMF predicts, public health-care costs will rise by 1.1 percentage points of GDP and pension costs by 0.6 percentage points.