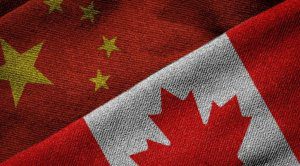 Demanding transparency from elite Canadians with influence in high places and who receive benefits from a foreign regime is not racist or a betrayal of our Canadian values, writes Charles Burton in the Toronto Sun.

Reports of the recent high-level U.S.-China talks held in Tianjin are not encouraging. Led by U.S. Deputy Secretary of State, Wendy Sherman and China’s Vice Foreign Minister Xie Feng, the meeting seems to show that China and the U.S. are unable to stave off the cascading deterioration of relations – one that seems destined to become a new cold war scenario of opposing superpower-led blocs.

Looming over this meeting has been the very real prospect of war over Taiwan, conflict over the South China Sea, repugnancy over the Uyghur genocide, and the myriad other areas where China is engaged in subversion through economic and diplomatic coercion.

Chinese Communist Party General-Secretary Xi Jinping marked his Party’s centenary earlier last month with an incendiary oratory laced with promises “to build a new type of international relations.” Xi evidently believes that a showdown between China and the West is inevitable, and that China will come out on top of it.

Canada needs to stand with our liberal democratic allies in defence of the rules-based international order. The days of the federal government virtue signalling to dampen down the public opprobrium over China’s malign schemes, while Canada’s political and business elite pursue a self-interested policy of appeasement towards China, will have to end. Maintaining the pretense that the best China policy for Canada is one that steers a sophisticated diplomatic middle course between the U.S. and China is no longer viable.

Canada’s esoteric foreign policy doctrine of strategic deception wrongly assumes that what the country lacks in power and influence can be made up by cleverness. But it is simply an expression of Canadian naivety and greed.

In an opinion piece in the Globe and Mail, published shortly after Xi’s speech, Professor Paul Evans from the University of British Columbia (who enjoys a Chair in Asian Research endowed by the Hong Kong and Shanghai Banking Corporation), and Senator Yuen Pau Woo (who was appointed by Prime Minister Trudeau in 2016) suggest that “framing China as the enemy and insinuating elite capture … undermines Canadian values.”

Woo and Evans contend that we are crossing “the threshold” of racism by demanding “loyalty statements, especially from people of Chinese descent.” They bizarrely suggest that Canadians should not have to declare loyalty to Canada.

As the child of immigrants from two different countries and cultures who became Canadians by choice, I am proud to be a Canadian citizen and feel privileged to affirm my full and undivided loyalty to our country by singing the national anthem, pledging to stand on guard for our nation, the true north strong and free.

While I take pride in the culture, literary traditions and cuisine of the lands of my ancestors, I have no sense of obligation to a “motherland” or a “fatherland.” Rather, I feel gratitude to the early pioneers who came here long before my parents did to build this country, especially the generations of early immigrants from China who struggled against significant barriers of prejudice and discrimination to establish a new life as patriotic Canadians.

In fact, my own generation of the family has become a Chinese-Canadian family. Chinese is now the language of our multicultural home, but Canada is the sole country of my family’s hearts.

Woo and Evans complain that “[t]hose who oppose this harder line are often seen as not just naïve and wrong in their support for engagement, but also as lacking integrity because of ties to China that generate financial or other rewards.” But many of us would like more transparency on these ties to such a hostile foreign power and what “financial or other rewards” have been thus generated. Being forthcoming and open about it would allay suspicions.

Demanding transparency from elite Canadians with influence in high places and who receive benefits from a foreign regime is not racist or a betrayal of our Canadian values. It is simply part and parcel of defending Canadian national sovereignty and security.

Charles Burton is a senior fellow at the Macdonald-Laurier Institute.

The Trudeau government can no longer ‘freeze out’ pro-development First Nations: Heather Exner-Pirot in the National Post

The Trudeau government can no longer ‘freeze out’ pro-development First Nations: Heather Exner-Pirot in the National Post