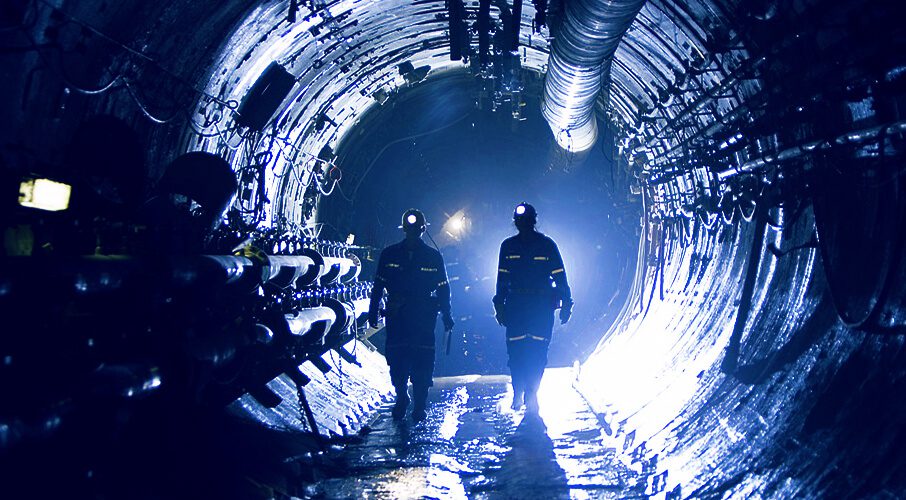 We must focus on improving the fortunes of our minerals and metals sector. Like oil and gas pipelines, mining projects are vital to our national economic interests, writes Joseph Quesnel.

With the federal government recommitting to the Trans Mountain pipeline expansion project, there has been a great national discussion about oil and gas development in this country recently. Less discussed are some alarming trends that suggest all is not well in the mining industry.

While many of this industry’s problems occur at the provincial and territorial level, the federal government does have a role in improving and championing mining in Canada.

It should be noted that, despite regulatory challenges, some new mines are being built. For example, after a seven-year approval process, New Gold’s Blackwater mine was approved by the BC government in June. The open pit mine will take two years to build and has an estimated US $12 billion in provable reserves.

However, global competitive forces and regulation are taking their toll on Canadian mining firms. To deal with that reality, our mining industry needs a predictable and consistent investment environment. Industry has demanded, for example, a predictable federal project review process. While the oil and gas sector remained staunchly opposed, mining companies in general supported the federal government’s environmental assessment legislation, Bill C-69, as it improved and streamlined approval processes and timelines.

According to Statistics Canada, there has been a steep plunge in mining investment in Canada since its peak in 2012. Capital expenditures for mining projects dropped from $16.9 billion in 2012 to $8.1 billion in 2018.  Canadian mining projects abroad also took a big hit, with planned investment around the world dropping from 13 percent in 2015 to seven percent in 2018.

Mining is a big deal to Canada’s national economy, contributing some $97 billion to our GDP. Mining jobs are good paying jobs, with the annual pay for a mining worker in 2017 exceeding $117,000. Moreover, mining as an industry is the largest private sector employer of Indigenous peoples. Active mines also provide millions in taxes and royalties to provincial governments.

However, the latest data from the Mining Association of Canada (MAC) points to a decline. For six consecutive years, international exploration investment has been declining in Canada from 20.5 percent in 2008 to 13.8 percent in 2017.  Moreover, only four new mining projects were submitted for federal environmental assessment in 2017, a far cry from the golden years of 2012-2014.

In its latest Facts and Figures report for 2018, MAC acknowledged that while remaining the world’s top destination for exploration spending in 2017, Canada was losing out to other countries. In fact, when it came to the mining supply sector, Australia had surpassed Canada in recent years and Canada was losing precious mining innovation dollars to Australia, Germany, and South Africa.

Mining company executives in Canada are also criticizing the exploration permitting process, arguing it is has grown longer and more onerous in provinces where mining is occurring. While policy reform must mainly come from provinces and territories, Ottawa can work with these governments to improve the process.

Make no mistake, Canada has a prosperous and impressive minerals and metals industry that plays major roles in both rural and urban Canada. For example, the Toronto Stock Exchange (TSX) and TSX Venture Exchange are the world’s number one mining and exploration listing venues. Canadian cities such as Montreal, Edmonton, and Saskatoon are important centres for exploration companies.

In the long-term, mining companies are looking for improved infrastructure in remote regions of the country, as well as an enhanced transportation network, especially in the area of rail. For our mining sector to remain attractive for investors, government must invest in this critical infrastructure. For example, there are great rail plans in western Nunavut that deserve attention that has Inuit support, but no support from the federal government or Nunavut.

Mining operations in the North – especially diamond mining – face tremendous challenges with the lack of permanent roads to get ore out. On the provincial level, we have seen these infrastructure problems with the Ring of Fire deposit in Northern Ontario. Governments need to work with the private sector to get roads and other infrastructure built in these remote regions, most likely through various P3 models.

Although Indigenous participation in mining has largely been a good-news story in Canada, Ottawa can play a large role in encouraging more engagement with Indigenous communities. The federal government can always improve consultation policies with First Nations and create more land claim certainty for investors.

To better secure Canada’s mining supply chains, the federal government must also work on ratifying strategic free trade agreements with key countries that are relevant to our mining industry. According to MAC, the mining sector is a major exporter and relies on incoming and outgoing investment. For the industry to be prosperous, it must have access to key markets and continue with a two-way free flow of goods and capital.

Ottawa’s only major move on mining has been to establish an Ombudsman-type office to oversee the actions of Canadian firms internationally.  Unfortunately, the government’s actions suggest that Canadian mining firms must be monitored and controlled in a way that they generally do not do for other internationally active companies in, for example, the armaments and information technology industry.

MAC applies an externally verified performance system called Towards Sustainable Mining, which five countries outside of Canada have already adopted. Canada is leading on the world stage when it comes to mining. The government needs to highlight that and champion our mining industry abroad.

In the end, we must focus on improving the fortunes of our minerals and metals sector. Like oil and gas pipelines, mining projects are vital to our national economic interests.