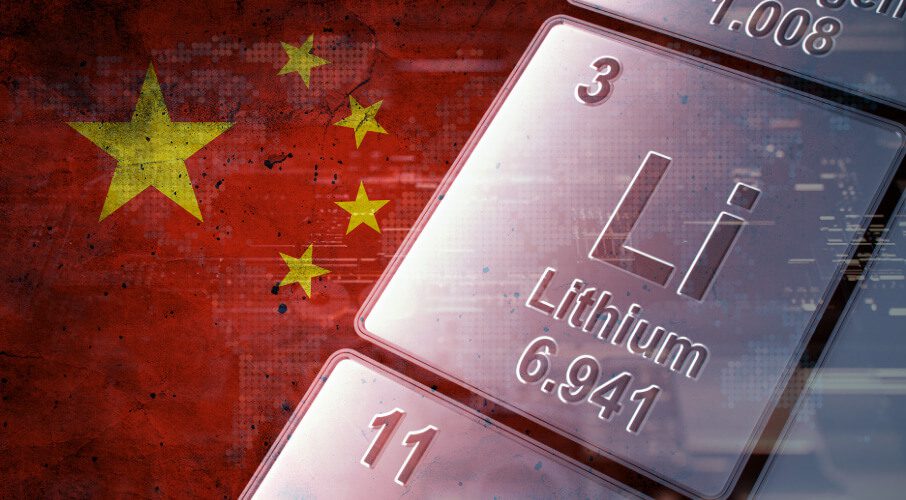 Given Canada’s own critical minerals list, and what we already know about China’s determination to achieve global high-tech dominance, there were clear reasons for reviewing the Neo Lithium purchase, writes Jeff Kucharski.

Efforts to strengthen Canada’s supply chains for critical minerals were undermined last week when our own government decided not to conduct a national security review into the purchase of a Canadian lithium producer by a Chinese state-owned enterprise.

The decision is bizarre. Lithium, which is on a list of 31 minerals that Ottawa says are critical to Canada’s economy, is imperative to modern manufacturing, including large-scale battery storage needed for clean energy transition and, significantly, batteries for the flourishing electric vehicle (EV) industry.

China is establishing global dominance of high-tech manufacturing, including EVs, by having state-owned enterprises acquire foreign intellectual property, technologies and assets. Securing access to critical minerals is essential to that mission.

China already controls a quarter of the world’s supply of lithium-ion batteries, and Canada is a target for acquisitions. In 2018, Vancouver-based Lithium X was purchased by NextView New Energy Lion Hong Kong. That same year the Chinese company Tianqi bought a 23.8 per cent share in a Chilean lithium mine from Canada’s Nutrien. Last November, Vancouver-based miner Millenial Lithium narrowly missed being acquired by China’s Contemporary Amperex Technology Co., which was outbid by an American buyer.

In the case of Neo Lithium, were elected officials advised that a security review was unnecessary? If so, for what reasons? Did the PMO veto a review so as not to offend China? If so, should Canada be making security decisions based on whether other countries will be displeased?

China is known to use economic coercion for political purposes; in 2010 it halted critical mineral supplies to Japan over a territorial dispute. Against this backdrop, Canada and other countries have joined the U.S.-led Energy Resource Governance Initiative to develop alternative supply chains for critical minerals and reduce dependence on China.

It would have been surprising enough if the Neo Lithium bid had undergone a security review and was cleared, but the deal never even triggered a review under the Investment Canada Act, which assesses significant investments in Canada by non-Canadians, with an eye to promoting economic growth and employment opportunities that benefit Canada.

Some observers feel a review wasn’t ordered because Neo Lithium’s mine is in Argentina and not in Canada, however this alone would not preclude a review. The legislation cites a range of concerns, including whether an investment by a state-owned enterprise could harm Canada’s national security.

Given Canada’s own critical minerals list, and what we already know about China’s determination to achieve global high-tech dominance, there were clear reasons for reviewing the Neo Lithium purchase.

Canada currently has no lithium mines, and a review of the latest takeover could have identified any number of risks to national security, including that Canada and its partners will now have reduced access to vital lithium stocks, since production from Neo Lithium’s mine will now likely be exported to China to further its dominance in the sector.

The government needs to reduce the discretionary nature of the current legislation and provide clearer guidance on what types of investment situations would automatically trigger security reviews.

Canada’s economic security requires that we have access to resources that are needed to develop clean energy technologies and stronger resource supply chains. Allowing major suppliers of critical minerals to be bought up by Chinese state-owned firms does the reverse, putting Canada at a competitive disadvantage in the energy and resource sectors that will be critical to our success in the 21st century.

Jeff Kucharski is an energy policy specialist, a senior fellow at the Macdonald-Laurier Institute and adjunct professor at Royal Roads University.