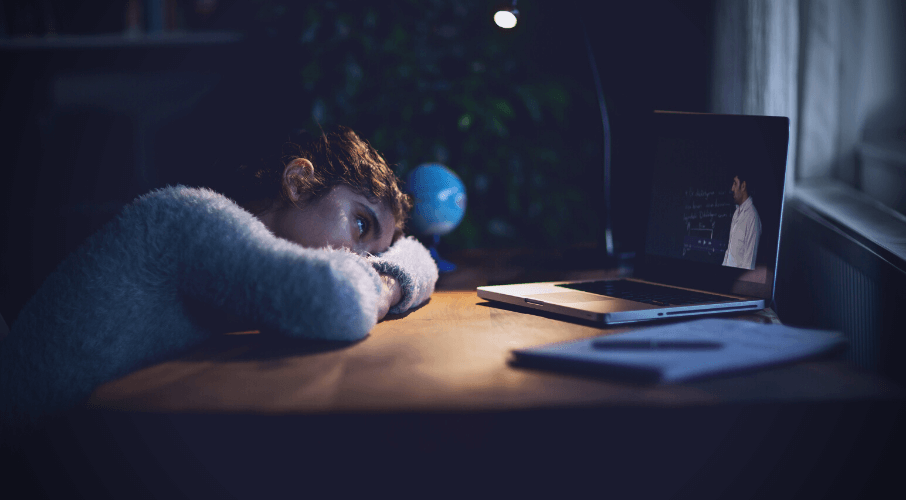 This article first appeared on the CommonSense substack.

My students were taught to think of themselves as vectors of disease, writes Stacey Lance. This has fundamentally altered their understanding of themselves.

I am proud to be a teacher. I’ve worked in the Canadian public school system for the past 15 years, mostly at the high school level, teaching morals and ethics.

I don’t claim to be a doctor or an expert in virology. There is a lot I don’t know. But I spend my days with our youth and they tell me a lot about their lives. And I want to tell you what I’m hearing and what I’m seeing.

Since the beginning of the pandemic, when our school went fully remote, it was evident to me that the loss of human connection would be detrimental to our students’ development. It also became increasingly clear that the response to the pandemic would have immense consequences for students who were already on the path to long-term disengagement, potentially altering their lives permanently.

The data about learning loss and the mental health crisis is devastating. Overlooked has been the deep shame young people feel: Our students were taught to think of their schools as hubs for infection and themselves as vectors of disease. This has fundamentally altered their understanding of themselves.

When we finally got back into the classroom in September 2020, I was optimistic, even as we would go remote for weeks, sometimes months, whenever case numbers would rise. But things never returned to normal.

When we were physically in school, it felt like there was no longer life in the building. Maybe it was the masks that made it so no one wanted to engage in lessons, or even talk about how they spent their weekend. But it felt cold and soulless. My students weren’t allowed to gather in the halls or chat between classes. They still aren’t. Sporting events, clubs and graduation were all cancelled. These may sound like small things, but these losses were a huge deal to the students. These are rites of passages that can’t be made up.

In my classroom, the learning loss is noticeable. My students can’t concentrate and they aren’t doing the work that I assign to them. They have way less motivation compared to before the pandemic began. Some of my students chose not to come back at all, either because of fear of the virus, or because they are debilitated by social anxiety. And now they have the option to do virtual schooling from home.

One of my favorite projects that I assign each year is to my 10th grade students, who do in-depth research on any culture of their choosing. It culminates in a day of presentations. I encourage them to bring in music, props, food – whatever they need to immerse their classmates in their specific culture. A lot of my students give presentations on their own heritage. A few years back, a student of mine, a Syrian refugee, told her story about how she ended up in Canada. She brought in traditional Syrian foods, delicacies that her dad had stayed up all night cooking. It was one of the best days that I can remember. She was proud to share her story – she had struggled with homesickness – and her classmates got a lesson in empathy. Now, my students simply prepare a slideshow and email it to me individually.

My older students (grades 11 and 12) aren’t even allowed a lunch break, and are expected to come to school, go to class for five and a half hours and then go home. Children in 9th and 10th grades have to face the front of the classroom while they eat lunch during their second period class. My students used to be able to eat in the halls or the cafeteria; now that’s forbidden. Younger children are expected to follow the “mask off, voices off” rule, and are made to wear their masks outside, where they can only play with other kids in their class. Of course, outside of school, kids are going to restaurants with their families and to each other’s houses, making the rules at school feel punitive and nonsensical.

They are anxious and depressed. Previously outgoing students are now terrified at the prospect of being singled out to stand in front of the class and speak. And many of my students seem to have found comfort behind their masks. They feel exposed when their peers can see their whole face.

Around this time of year, we start planning for the prom, which is held in June. Usually, my students would already be chatting constantly about who’s asking who, what they’re planning on wearing, and how excited they are. This year, they’ve barely discussed it at all. When they do, they tell me that they don’t want to get their hopes up, since they’re assuming it will get cancelled like it has for the past couple of years.

It’s the same deal with universities. My students say, “If university is going to be just like this then what’s the point?” I have my own children, a nine-year-old daughter and a seven-year-old son, who have spent almost a third of their lives in lockdown. They’ve become so used to cancellations that they don’t even feel disappointed anymore.

I think all of my students are angry to some degree, but I hear it most from the kids who are athletes. They were told that if they got the vaccine, everything would go back to normal, and they could go back to the rink or the court. Some sports were back for a while but, as of Christmas, because of the recent wave of COVID-19 cases, club and varsity sports are all cancelled once again. A lot of the athletes are missing chances to get seen by coaches and get scholarships.

I try to take time at the beginning of class to ask my kids how they’re doing. Recently, one of my 11th grade students raised his hand and said that he wasn’t doing well, that he doesn’t want to keep living like this, but that he knows that no one is coming to save them. The other kids all nodded in agreement. They feel lied to – and I can’t blame them.

What’s most worrisome to me is that they feel deep worry and shame over the prospect of breaking the rules.

Teenage girls are notoriously empathetic. I see that many of my students, but especially the female ones, feel a heavy burden of responsibility. Right before Christmas, one of my brightest 12th graders confided in me that she was terrified of taking her mask off. She told me that she didn’t want to get anyone sick or kill anybody. She was worried she would be held responsible for someone dying.

What am I supposed to say? That 23 children have died from Covid in Canada during the whole of the pandemic and she is much more likely to kill someone driving a car? That kids in Scandinavia, Sweden, and the Netherlands largely haven’t had to wear masks at school and haven’t seen outbreaks because of it? That masks are not a magic shield against the virus, and that even if she were to pass it along to a classmate, the risk of them getting seriously sick is minuscule?

I want to tell her that she can remove her mask, and socialize with her friends without being worried.

But I am expected to enforce the rules.

At the beginning of the pandemic, adults shamed kids for wanting to play at the park or hang out with their friends. We kept hearing, “They’ll be fine. They’re resilient.” It’s true that humans, by nature, are very resilient. But they also break. And my students are breaking. Some have already broken.

When we look at the COVID-19 pandemic through the lens of history, I believe it will be clear that we betrayed our children. The risks of this pandemic were never to them, but they were forced to carry the burden of it. It’s enough. It’s time for a return to normal life and put an end to the bureaucratic policies that aren’t making society safer, but are sacrificing our children’s mental, emotional, and physical health.

Our children need life on the highest volume. And they need it now.

Stacey Lance is a proud mother and educator living in Ottawa.