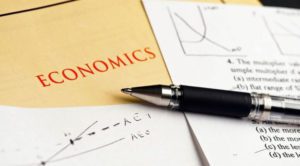 ‘Modern supply-side economics’ is based on the very old notion that growth comes from government intervention rather than a dynamic private sector, writes Jack Mintz in the Financial Post. Below is an excerpt from the article, which can be read in full here.

Not just a gabfest for the hoity-toity, the annual Davos conference is also an opportunity for the plebs to hear what’s on the elite’s minds. The latest blast comes from Janet Yellen’s remarks on “modern supply side economics” at last week’s “Virtual Davos Agenda” meetings.

Altering course from the inflationary demand-side policies that motivated its March 2021 COVID package, the Biden administration is now engaged in “modern supply-side economics,” with its infrastructure program and stalled “Build Back Better” plans paid for with higher taxes and deficits. According to Yellen, the approach “prioritizes labor supply, human capital, public infrastructure, R&D, and investments in a sustainable environment.” This contrasts with the supposedly failed approach of “old supply-side economics,” which “seeks to expand the economy’s potential output, but through aggressive deregulation paired with tax cuts designed to promote private capital investment.”

In fact, there is little that is “modern” here. On the contrary, “modern supply-side economics” is based on the very old notion that growth comes from government intervention rather than a dynamic private sector. Yellen’s view is consistent with leftish thinking that markets fail to achieve the best use of resources, with winners taking all and leaving others behind. The opposite view is that feather-bedded bureaucracies and politicians focused on the short term sign on to a host of spending programs and growth-killing taxes and regulations. If markets sometimes fail, so, clearly, do governments.

Canadian economic history illustrates these points well. Before 1966, as Canada successfully fought two world wars and built up physical and social infrastructure stretching across a vast territory, governments took up no more than 30 per cent of the economy’s resources. After that, heavy-handed public intervention became the order of the day, especially after the 1970s oil shocks. Federal and provincial governments, growing to almost 45 per cent of the economy by 1984, liberalized social assistance and unemployment insurance, boosted business subsidies, and introduced regional development programs and supply management in agriculture — all of it consistent with “modern supply side economics.” Wielding price and wage controls, foreign investment restrictions, higher taxes and the National Energy Program’s central planning approach to oil and gas, over-sized bureaucracies sought to “fine-tune” economic growth. The inflation, perpetual deficits, slower growth and even rising economic inequality that resulted led voters to reject a failing federal government.