in Columns, Dragon at the Door, Foreign Affairs, Foreign Policy Program, In the Media, Latest News
Reading Time: 4 mins read
A A 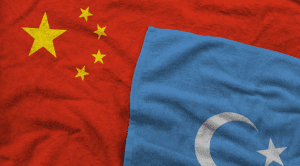 We should honour the anniversary of the Convention by acting on it, to counter the ongoing genocide of the Uighur people, write David Matas and Sarah Teich in the Toronto Star.

Despite this commitment, genocides persist. One distressing present day example is the atrocities faced by the Uighur population in Xinjiang, China. In October this year, the Canadian House of Commons Subcommittee on International Human Rights (SDIR) concluded that these atrocities constitute a genocide.

As documented by the SDIR, high-tech surveillance is used to control the population in Xinjiang. The surveillance includes a social credit system that aggregates data of good and bad behaviour. There are WI-FI sniffers that intercept wireless networks and decode the data transmitted through them. Facial recognition technology is also used. Chinese tech companies, including Huawei, have been implicated in the creation of the technology for that surveillance, a technology that is being exported to authoritarians elsewhere according to the Australian Strategic Policy Institute.

Drone footage released last year by CNN reveals blindfolded and bound Uighur men being herded onto train cars, the first steps in their journey to mass detention in state-run concentration camps. Witness testimony heard by the SDIR describes conditions there as deplorable. Detainees are physically, psychologically and sexually abused. They are indoctrinated and compelled to assimilate, required to learn Mandarin Chinese and Chinese culture, forced to sing praises about the Chinese Communist Party, and prevented from communicating with family members.

The scale is massive: while estimates vary, the SDIR found that nearly two million Uighurs and other Turkic Muslims have been detained in these camps. It is the largest mass detention of a minority community since the Holocaust. Uighur detainees are used for forced labour; integrated into the supply chains of many large international corporations. Even Uighur human hair is used to make wigs, as reported by the Associated Press in July of this year.

The Chinese Communist Party is imposing measures intended to prevent births within the group. This was covered extensively in a report by Adrian Zenz for the Jamestown Foundation. Uighur women are targeted for forced sterilization and insertion of intrauterine devices and other forms of mandatory birth control, as part of a systematic effort to curb Uighur birth rates.

There is compelling evidence that the Chinese Communist Party is profiting off Uighur organs through the practice of forced organ harvesting, the killing of young and healthy Uighurs for their organs. According to information collected by investigative journalist Ethan Guttman for the International Coalition to End Transplant Abuse in China (ETAC), it is estimated that a minimum of 25,000 Uighurs per year are now victims of forced organ harvesting. This is as profitable as exploiting a Uighur person for forced labour: according to Guttman, a single individual whose organs are harvested could be worth upwards of U.S. $750,000.

The forced killing of prisoners of conscience for their organs started on an industrial scale in 2001, reports ETAC, with practitioners of the spiritually based set of exercises Falun Gong. Also victims, in lesser numbers, were House Christians, Uighurs and Tibetans.

Massive prolonged arbitrary detention of Falun Gong and the willingness to kill them for their organs gave China what seemed at the time to be an inexhaustible source of organs for transplants. However, by 2018, the huge global demand for organs, its gravitation towards China and the substantial depletion of Falun Gong prisoners meant that Chinese hospitals needed another large captive source. Uighurs have supplemented Falun Gong as victims in the Chinese and global forced organ transplant supply chain.

So what should Canada do? We can list and sanction individual perpetrators under our Sergei Magnitsky law. We can sanction the Chinese government generally under the Special Economic Measures Act. We can pass Bill S-204, a private member’s Parliamentary bill that would criminalize and bar entry to Canada to those who participate in forced organ harvesting abroad. We can prevent importation of goods manufactured in Xinjiang on the presumption that goods from there are produced by forced labour. We can facilitate the granting of refugee protection and resettlement to Uighurs.

Whatever the specifics, Canada, in the spirit of the UN Genocide Convention, should take action to combat these massive crimes and protect the Uighur people. We should honour the anniversary of the Convention by acting on it, to counter the ongoing genocide of the Uighur people.

David Matas and Sarah Teich are both international human rights lawyers. Teich is also a senior fellow at the Macdonald-Laurier Institute.

Why the West should ‘Never give in’ on global institutions: MLI Commentary by Olaf Wientzek