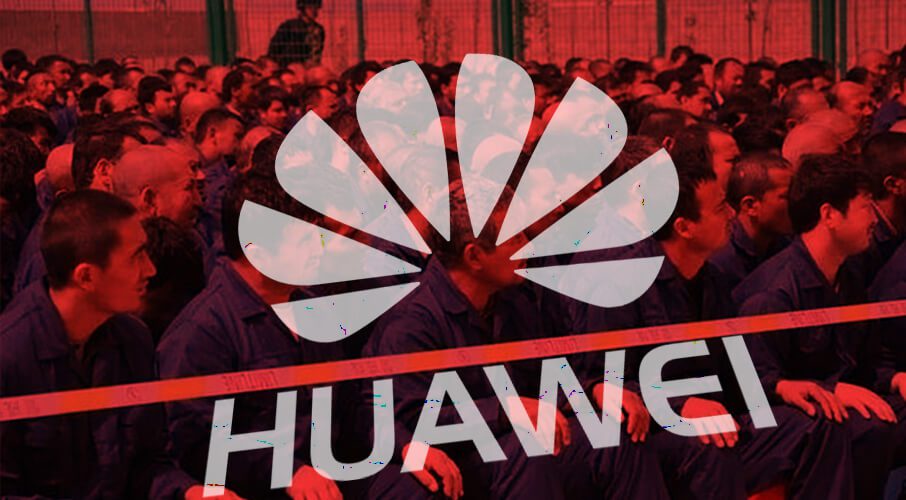 Huawei is unapologetic about its direct implication in the ascendancy and consolidation of authoritarian powers. Its technology is demonstrably being used to undermine democracy, enable espionage, and empower serious human-rights abusers on a global scale, write Christian Leuprecht and Desmond Barton. This article initially appeared in a print edition of the Toronto Star.

The regime is a vocal cheerleader for a company to which it supposedly has no connections.  For instance, the Chinese ambassador outright threatened the UK over Huawei’s involvement in 5G. Such aggression was to no avail: the UK has now reversed course on Huawei’s participation in the buildout of the UK’s 5G network.

Meanwhile, 64 Canadian MPs from all political parties, four Senators, and a host of community leaders are now openly calling for sanctions on China over human rights abuses.  Next week the human rights subcommittee of the House of Commons foreign affairs committee will hold hearings on China’s treatment of Uighurs.  No mention of Huawei.

Yet, reports by the Australian Strategic Policy Institute (ASPI) have implicated Huawei in Beijing’s human-rights abuses, including the sale of equipment that allegedly enables authorities to undertake large-scale surveillance of Uighurs in Xinjiang.

Huawei is a major player in limiting internet freedom in China and across the world. The Carnegie Endowment for International Peace observed that Huawei’s “Smart City” surveillance “solutions” involve at least 90 countries and 230 cities internationally (beyond 500 already in China), including a host of controversial regimes in regions where China is vying for geo-digital dominance: Asia, Africa, the Middle East and South America.

In April 2008, Etapatelecom, owned by the municipal government of Cuenca in Ecuador, contracted Huawei to construct and deploy a next-generation network covering Ecuador’s three most populous cities. According to the New York Times, the government then worked with Huawei, in partnership with China’s state-owned company China National Electronics Import & Export Corporation (CEIEC), to launch the mass-surveillance program ECU-911 in 2012.

In the United Arab Emirates, Huawei provided equipment for and aided in the testing of state telecom Etisalat’s passive optical network during 2016, which the UAE uses to maintain its strict internet censorship and domestic mass-surveillance apparatus. Huawei has since been contracted by Etisalat to develop the UAE’s 5G network and touted as a potential partner for the controversial new video surveillance system Oyoon.

As noted by The Diplomat last August, Uzbekistan is one of many examples of the success of these systems in the context of authoritarian regimes; 883 cameras in the capital city of Tashkent alone were developed by Huawei to “digitally manage political affairs.”

Huawei is unapologetic about its direct implication in the ascendancy and consolidation of authoritarian powers. Its technology is demonstrably being used to undermine democracy, enable espionage, and empower serious human-rights abusers on a global scale. Huawei’s relationship with the regime was already problematic, but recently Huawei’s links to the MSS have become even more apparent.

The company’s extensive collaboration with 22 Canadian universities and its surge in R&D activities in Canada where the company has benefitted from $103 million in Canadian scientific research tax credits since it was incorporated in 2008 is yet another example of how China exploits market forces abroad to benefit its odious tools of cyber statecraft.

Canadians regularly show themselves to be gravely concerned about alleged surveillance and potential privacy violations here at home.  To be consistent, should Canadians not also take a stance in blacklisting a company whose technology is intentionally and demonstrably subverting liberal democratic values while enabling authoritarian ones.

If Ottawa really wanted to show leadership on its “values-based” political agenda, a ban on Huawei’s participation in Canada’s 5G network would have far greater effect than sanctions.  Infamously, Huawei is now the world’s foremost digital enabler of human rights abuses.

What’s good for Huawei may well be good for the Chinese regime, but not for Chinese, certainly not for Uighurs and Hong Kong, and not for the rest of the world.  The list of reputable states that are arriving at this conclusion is growing.  It is in Canada’s interest to take a principled stance.

Christian Leuprecht is class of 1965 professor in leadership at the Royal Military College, cross-appointed to Queen’s University, and Munk Senior Fellow at the Macdonald-Laurier Institute.  His latest book is Public Security in Federal Polities.

Desmond Barton is his research assistant at Queen’s University.