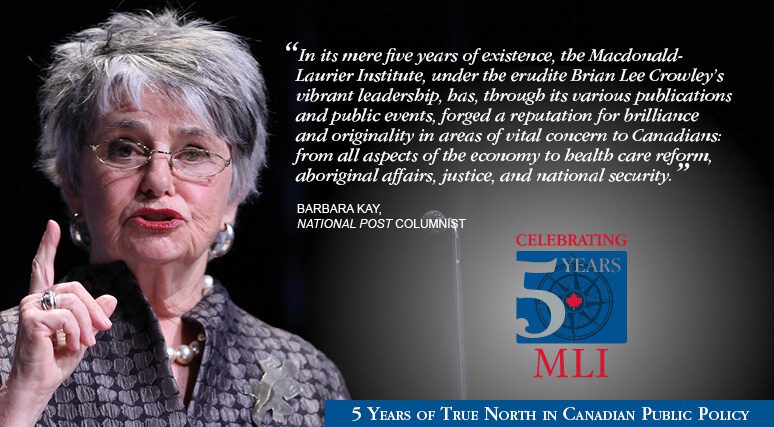 National Post columnist Barbara Kay is marking the Macdonald-Laurier Institute’s fifth anniversary celebrations by praising the institute’s “brilliance and originality” in thought leadership on matters of national importance to Canadians.

“In its mere five years of existence, the Macdonald-Laurier Institute, under the erudite Brian Lee Crowley’s vibrant leadership, has, through its various publications and public events, forged a reputation for brilliance and originality in areas of vital concern to Canadians”, writes Kay.

Kay is a past participant in MLI’s Great Canadian Debates, a series of debates looking at issues of vital concern to Canadians.

In March 2014, Kay debated in favour of the motion “Free speech in Canadian universities is an endangered species”. York University professor Daniel Drache argued against.

Kay says MLI’s thought leadership has been an important source for understanding the main issues Canada is facing.

“The MLI provides the kind of evidence-based, analytic excellence that conservative journalists rely on to better understand the political, cultural and economic traditions that have formed, and the trends that continue to shape, Canada’s unique national estate”, says Kay.