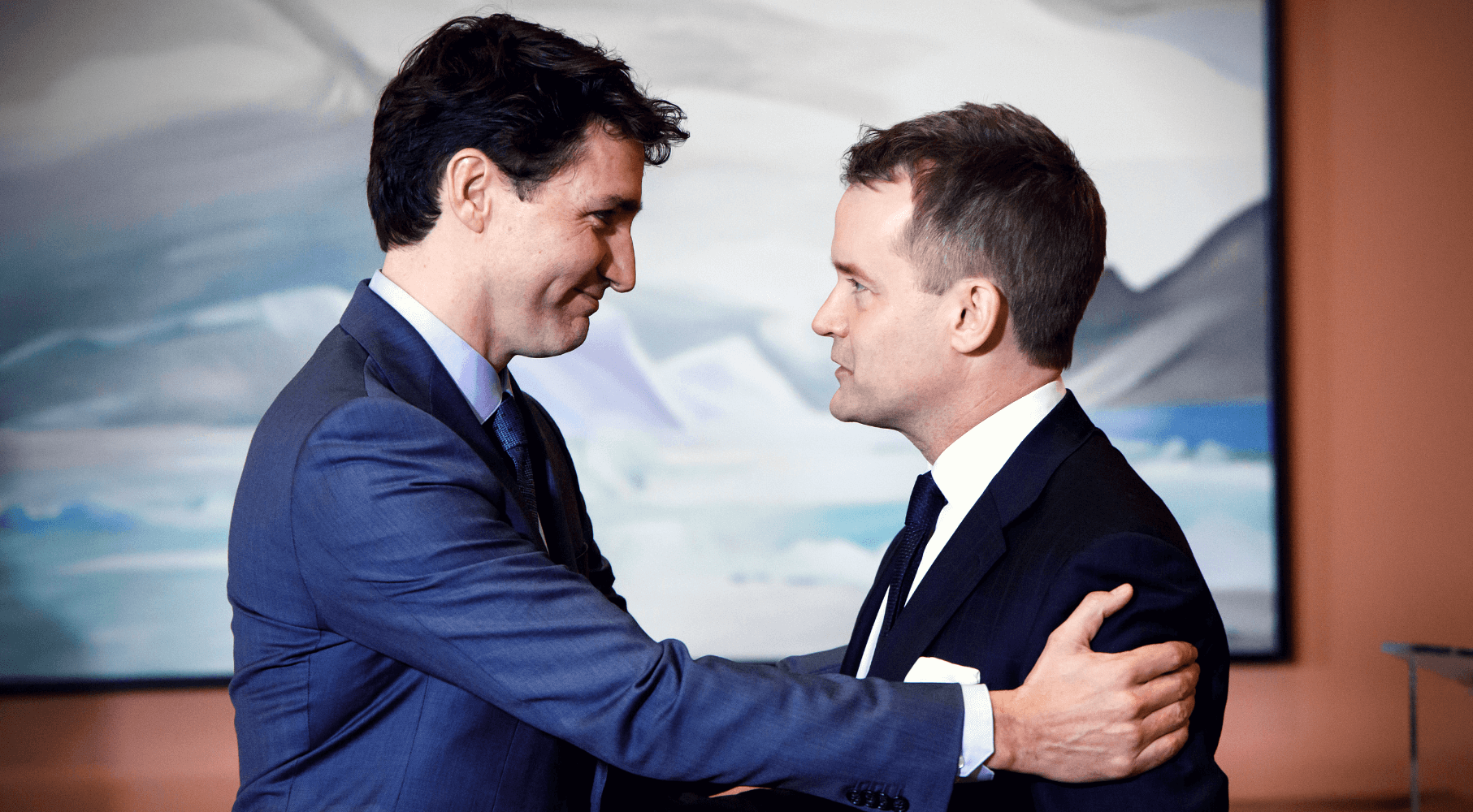 Minister O’Regan faces a lot of pressure to revive the government’s faltering Indigenous agenda. He can do that by pushing for bold commitments and innovative ideas, writes Joseph Quesnel.

The decision to appoint a new Indigenous Services minister in the recent federal cabinet shuffle was controversial and disappointing to many.

Jane Philpott, the previous minister, was popular among First Nation leaders and widely seen as decisive and competent. Removing Philpott seemed to be another indication that the government is faltering on a file that it had demanded to be judged on following the last election.

But perhaps there is an opportunity here for the new minister, Seamus O’Regan. Ottawa needs fresh direction on Indigenous issues.

The old department combined negotiation and implementation responsibilities within the same departmental structure, an inherent conflict of interest. The intent of the change was for the government to continue meeting its service responsibilities to First Nations until they negotiate autonomy agreements with largely self-reliant bands.

O’Regan must keep that in mind and work for First Nations to become less dependent on Ottawa for services. The Liberal government is negotiating more self-government agreements with First Nations, but it is not evident they are working on economic self-reliance.

The new incoming minister must get the government to ensure every single First Nation – and every Canadian — resident has access to safe drinking water. The feds promised to end boil water advisories on reserves by 2021. Progress has been made on this file when both the Conservative and the Liberal governments made historic investments in water infrastructure. O’Regan should accelerate this historic accomplishment by ending these advisories sooner.

O’Regan must learn from the experience of the previous Conservative governments on First Nation education, which was more of a top-down, one-size-fits-all approach. Canada is full of examples of Indigenous communities, on a regional basis, adopting strong educational standards and being answered with good results.

This could be a model for future success. The Mi’kmaw Kina’matnewey for example is an Indigenous educational authority in Nova Scotia that brings together schools in Mi’kmaw communities. They have seen improved graduation rates, as well as literacy and numeracy scores.

Perhaps the new minister can work on rolling out more such regional educational agreements.

The incoming minister could also adapt and introduce a 2010 proposal by the Macdonald-Laurier Institute to create Aboriginal Post-Secondary Savings Accounts for every registered Indian for education funding, rather than through the government’s Post-Secondary Student Support Program, which channels funds through First Nation band councils. Past INAC audits found problems with funds disbursed through bands.

The new Indigenous Services minister should also ensure the government restores strong enforcement of the First Nations Financial Transparency Act. The Act – introduced by the previous government – may not be popular with some band governments but is quite popular with rank and file First Nations residents on reserve who were complaining that their governments were not opening the books. The law is not about shaming chiefs; it is about providing financial information to band residents, including the amount of own source revenues bands are generating.

Lastly, the new minister must address ongoing housing shortage problems on reserves in a big way. He should explore new models of delivery – including private ones – and must re-visit the idea of a First Nations Property Ownership Act (FNPOA) as voluntary opt-in legislation allowing access to financing for housing without requiring ministerial or First Nation guarantees. FNPOA would transfer full property rights to First Nation communities that could then grant them to individuals on reserves. New housing approaches that innovate in areas of ownership and financing are urgently required.

Minister O’Regan faces a lot of pressure to revive the government’s faltering Indigenous agenda. He can do that by pushing for bold commitments and innovative ideas.

For the security of Canadians, Huawei should be banned from our 5G networks: Richard Fadden in the Globe and Mail