Despite Trump, courts will consider the US “safe” for refugees: Michael Barutciski for Inside Policy 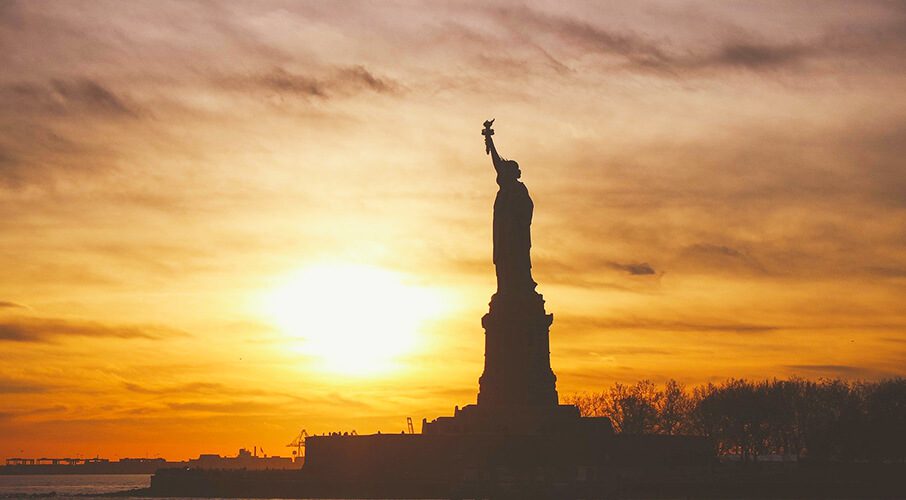 A legal challenge against Canada’s Safe Third Country Agreement with the US is unlikely to succeed.

The designation of the US as a safe country for refugee claimants was challenged by several advocacy organizations in the Federal Court of Canada at the beginning of November. They want to invalidate the Canada-US Safe Third Country Agreement (STCA) signed in 2002. Although it is not the focus of litigation, the underlying background question is whether migrants who claim to be persecuted in their home country get to choose the country in which they seek protection?

There are legitimate arguments on both sides of this debate: while individual migrants may have valid reasons to prefer certain asylum countries, host populations may also have concerns about “asylum shopping.”

For better or for worse, Canadians already answered this question when Parliament incorporated the UN-approved “safe third country” concept in its legislation 30 years ago (similar rules were being developed in Europe around the same time). According to Canadian law, if refugee claimants go through another country that’s designated as safe, they should seek protection there. For now, the US is the only country with this designation following regulations that came into force in December 2004.

The designation is the central point of contention in the current judicial review application. Refugee advocates never accepted the introduction of the “safe third country” concept in the Canadian system. That explains why variants of the current legal challenge have been initiated since the late 1980s. These advocates want all claimants to have access to the Canadian procedures, considered amongst the most generous in the world. To date, these challenges were decided ultimately on procedural grounds. The judiciary is now addressing the substance of the issue and it will decide whether to accept the advocates’ claim that the US is unsafe for refugee claimants.

Objective observers should worry that the main national media presented essentially one side of this case (the advocates’ viewpoint) during the week of oral hearings. The government barely commented on the case, aside from prepared general statements claiming the US is safe. As a consequence, the public may be left with the impression Ottawa is defending indirectly Trump policies such as family separation at the Mexican border. While Trudeau’s Liberals have tried to appear pro-refugee, what politicians say for public consumption is not always the same as what government lawyers argue before courts. A similar dynamic was apparent in the government’s recent decision to contest a landmark human rights ruling on compensation for First Nations children who were removed from their families.

The Federal Court of Appeal heard a similar challenge to the STCA over a decade ago. Although the case was decided ultimately on a technical point, the judgment explains over several pages that the advocates were applying the wrong criteria in determining whether a country is safe, highlighting that even the United Nations High Commissioner for Refugees (UNHCR) considers the US to be safe. (UNHCR continues to participate in the ongoing STCA review process and its opinion remains unchanged.)

Justice Marc Noël, one of the judges who provided written reasons for that ruling, wrote in an unmistakably sceptical tone and called the legal challenge a “generalized attack.” The fact that he is now Chief Justice of the Federal Court of Appeal could be significant, both for procedural and substantive issues, in the event the advocates win before the current applications judge at the Federal Court.

The actual criteria for designating a safe third country are found in the legislation. The protection offered by the US does not have to be equal to Canadian standards. Otherwise, arguably no country could be designated “safe” and cooperation to share responsibility for refugee claimants would be impossible. The US protection only has to comply with basic norms, and consequently the Canadian government is required to consider the following factors: whether the US is a party to the UN Refugee Convention and the UN Convention Against Torture, its policies and practices concerning refugee claims, and its human rights record. Ottawa also has to “ensure the continuing review” of these factors.

As Justice Noël explained, the judicial branch should not second-guess the designation or usurp the authority which Parliament had expressly delegated to the government. At issue is who gets to determine whether the US is safe: is it a question of “objective compliance” that non-governmental organizations can challenge in court or is the decision left to the government’s discretion as long as it follows the admittedly vague criteria (i.e., it considers the factors stipulated by Parliament)?

By suggesting the advocates misunderstood the enumerated factors in the legislation and tried to replace them with a different standard that requires “compliance in absolute terms,” the Federal Court of Appeal was hinting that it might not be persuaded by the related Charter challenge. The latter was not addressed fully on appeal 11 years ago, although it is now central to the current application to the Federal Court.

In this context, the media coverage during the November oral hearings at the Federal Court did everyone a disservice by not questioning the advocates’ position. Yet if we follow the clear signs from the Federal Court of Appeal, the advocates may be brushing away the previous appeal loss and overestimating their case by relying on impressions created by recent migration controversies south of the border.

Despite all the problems (and rhetoric) regarding migration in the US, the country’s legislation has not changed with the Trump administration. The executive branch is simply applying the laws in a strict manner, unlike previous administrations. Canadian criteria do not require the US to have the same progressive interpretation of the Refugee Convention that we have in Canada. If advocates believe the criteria need to be tightened, they should encourage the 43rd Parliament to amend the legislation. However, such a discussion would probably reveal that Parliament does not want to move in such a direction.

To sum up, the suggestion that the US legislative and judicial branches (Trump only controls the executive) are unfair and unsafe for refugee claimants is a bold claim. The US continues to be the top host country for refugee claimants in the western hemisphere and it is by far the biggest single donor to UNHCR (contributions have actually increased under Trump, whereas Canadian contributions have decreased recently). It would be surprising if Canada’s highest courts accept this latest version of a long-standing objection from refugee advocates based on the dogmatic idea that Canada cannot have a responsibility-sharing agreement with any country.

There are other issues that raise concerns from a policy perspective. Notwithstanding the various diplomatic and economic consequences that could follow a judicial decision declaring the US unsafe, there are also valid refugee protection concerns, particularly if we believe in a system that is sustainable in the long-term. After all, the advocates’ refusal to engage in a multilateral responsibility-sharing approach is ultimately counter-productive. It makes it harder to sustain a realistic refugee protection system that keeps domestic populations onside by balancing individual human rights with legitimate state concerns. If countries cannot share responsibility, then their governments will do everything to prevent the migrants from entering or even approaching their territories. In other words, a system which allows hypothetically every refugee claimant to go to an imagined El Dorado such as Sweden (or Canada) will never work in the long-term.

Michael Barutciski is a lawyer and faculty member of Glendon College (York University). He previously directed the diplomacy programme at the University of Canterbury Law School and held a fellowship in law at Oxford University’s Refugee Studies Centre.