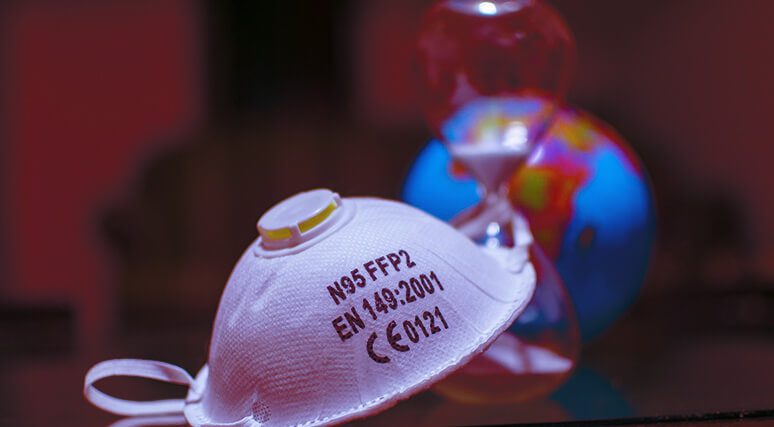 As the COVID-19 pandemic rages on, health and government officials around the world are doing their best to achieve a return to normalcy. Canadians from coast to coast are staying home and social distancing, in the hope that the country will be able to move past this crisis in a matter of months. When it comes to global affairs, however, a return to normalcy may no longer be possible.

Canada will exit the COVID-19 crisis only to face a changed international order – one likely to be less amenable to our interests. The pandemic is already reshaping the global order in at least two ways: by accelerating both (1) economic decoupling with China and (2) the decline of US global leadership. How Canada responds to both trends will affect the country’s status in the years to come.

First, the COVID-19 crisis is transforming the norms of international trade. Economic decoupling is not a new idea. President Trump has spent much of his time in office arguing that the American economy is overly reliant on Chinese imports. Trump’s actions throughout the US-China trade war, to say nothing about the administration’s trade spats with allies such as Canada, have already led to a resurgence of economic nationalism. Given the bipartisan consensus that the United States needs a “tougher, more realistic China strategy,” it is unlikely that the November presidential elections will lead to significant change in American policies towards Beijing.

The current crisis is already speeding up the pace of US-China decoupling, and could lead more countries – Canada included – to re-evaluate their economic links with China. The pandemic has already demonstrated that Canada, like the United States, remains overly reliant on global supply chains, at least with respect to certain critical goods. Ottawa has struggled to access medical gear, as countries around the world impose restrictions on the export of personal protective equipment. In particular, the pandemic has revealed how reliant Western economies are on China for medical supplies, ranging from antibiotics to respiratory masks. As Terry Glavin has recently noted, “before the outbreak in Wuhan, half of the world’s medical masks were already being made in China.” In the early stages of the pandemic, China hoarded such equipment, and has only recently resumed exports. In the future, Canada should not have to beg and cajole an authoritarian regime for essential medical provisions.

Canada should not meet the rising trend of economic nationalism by resorting to autarky. It would be impractical for Canada to domesticate its entire medical supply chain, for example. Ottawa should instead work with liberal democratic allies and Western companies to move more of the medical supply chain outside of China. Of course, Ottawa may decide to pursue a limited measure of self-reliance with regards to certain sectors of the economy. The high-tech sector provides a good example: in recent years, Chinese firms have snapped up Canadian military-edge and communications-technology firms, thereby compromising our national security. Ottawa should maintain a watchful eye over proposed acquisitions of Canadian high-tech firms, and ensure continued domestic – though not necessarily public – control of key segments of the economy.

In other words, the government must adopt a “small-yard, high-fence strategy” if it is to meet the challenges of the 21st century. Under such a strategy, Ottawa would pursue an overall policy of free trade, while building economic independence with regards to a “small yard” of carefully-defined sectors. International trade has allowed Canada to flourish in the post-1945 world, and Ottawa should continue to build new trading relationships and expand current ones. Yet the government must also ensure that the country retains the ability to indigenously produce a narrow set of defence goods and strategic resources.

Second, the global pandemic is hastening the decline of America as a liberal hegemon, and allowing China to advance its interests. Professor Paul Kennedy has for some decades argued that “American power is on the wane.” COVID-19 seems to have accelerated that trend. The pandemic has laid bare President Trump’s lack of leadership abilities as well as more systemic problems with the American economy and health-care system. Trump’s recent move to cut Canada off from medical supplies demonstrates that the United States no longer stands for the values of global cooperation that once assured it hegemony. The Trump administration’s insistence on styling COVID-19 as the “Wuhan virus” has even prevented cooperation with other members of the G7. Instead of leading the fight against COVID-19, President Trump has managed only to stymie global efforts.

Canadians cannot simply hope that the world’s problems will vanish if Democratic nominee Joe Biden wins the US presidency. Hope is not a strategy. The presidential election is still some months away. Even if Biden wins, it will take several months – if not longer – for the United States to regain its footing on the international stage.

Meanwhile, America’s loss is China’s gain. As Canada and like-minded liberal democracies struggle to combat the virus, China is taking advantage of the current vacuum in international leadership to expand its influence. After having hoarded medical supplies for months, the Chinese government is now donating masks and respirators to countries around the world, in an effort to cultivate goodwill. Western countries, facing supply shortages brought on by earlier Chinese export restrictions, are ill-equipped to counter Chinese aid.

China has also sought to reshape the narrative on the pandemic by touting the strength of its governance model and mounting an aggressive disinformation campaign. Chinese diplomats and officials, in an effort to displace blame for the pandemic, have accused the US military for introducing COVID-19 to Wuhan. Chinese media outlets have also spread disinformation that locates Italy as the source of the pandemic.

China’s growing clout makes it all the more important for Canadian policy-makers to support the various institutions, values and fora that make up the liberal international order. Canada, as a middle power, will rarely be able to change Chinese behaviour through bilateral means, and must recognize that multilateralism is the only way to constrain Chinese aggression.

Canadian diplomats should thus continue to actively support international organizations. Ottawa must ensure the future viability of the World Trade Organization’s dispute settlement mechanism, which has come under criticism and attack in recent years – in a world of economic decoupling, the WTO is likely to see more, not fewer, trade disputes. Ottawa should consistently draw attention to Chinese violations of international norms and do all that it can to prevent Chinese capture of bodies such as the World Health Organization.

Canada should not only turn its gaze to international organizations, but should also work more closely with regional allies to maintain the rules-based order. Ad-hoc groupings of states and regional alliances can prove every bit as effective as international organizations. Given the depth of Chinese influence, Ottawa may increasingly find it easier to build coalitions of like-minded countries, rather than contest Chinese dollar diplomacy in fora like the General Assembly.

Specifically, it is long past time that Canada mounted an Asia pivot. The Indo-Pacific region is home to the world’s most populous countries and to a host of perplexing security and demographic challenges. Although the Trudeau government has deepened trade and economic relationships with various countries in the Indo-Pacific, Canada plays a minimal security role in the region. The Canada military has continued to focus primarily on geopolitical challenges in Eastern Europe and the Middle East. Ottawa must contribute actively to the Indo-Pacific’s security architecture and expand its participation in regional training exercises. Ottawa should reinforce its existing defence partnerships in the region and/or cultivate new security collaboration agreements with key allies and partners, such as South Korea, India, Japan, Taiwan, and Australia.

The government should also consider dispatching Royal Canadian Navy ships more regularly to the South China Sea. Such a move could include undertaking freedom-of-navigation operations, which ideally should be done alongside our partners and allies in the region, not least the United States. Under international law, the ships of all states enjoy the right of innocent passage through the territorial sea of other states, without advance notification. China, in violation of international law, requires foreign ships to provide advance notification before they can conduct innocent passage. By sailing within 12 nautical miles of islands and land features that China claims in the South China Sea and ignoring China’s advanced notification requirements, Canadian warships would successfully challenge Beijing’s excessive maritime claims and uphold the norms of international law.

In sum, Canadian policy-makers should face both trends – economic decoupling and American decline – not with fear, but with resolve. New challenges call for new approaches: this article has suggested that Ottawa adopt a small-yard/high-fence approach to international trade, and take an increased leadership role on the international stage. Policy-makers can disagree as to the best solutions. But to simply pine for a return to normalcy would be jejune and dangerous.

Preston Lim is a J.D. candidate at Yale Law School.