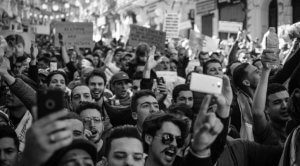 It is in emergencies that we see whether our deepest societal values mean anything, write Nnaemeka Ezeani and Dwight Newman.

Government restrictions on various forms of gathering have bothered many Canadians throughout the COVID-19 pandemic.  While freedoms are subject to limits for appropriate policies to protect life and health, there is a lingering sense that some of these policies have gone astray.  But many find it hard to pin down exactly why.

There is an underlying reason for this struggle.  The parts of Canada’s Charter of Rights and Freedoms that protect activity involving assembly and association have long been neglected.  Freedom of assembly and freedom of association are both in the Charter. But there has been limited case law and scholarly work on them.  In many ways, they are part of a broader problem we have both written about, in so far as they became “forgotten freedoms.”

Forgotten freedoms appear in the text of the constitution but have had little development in case law or legal scholarship, to the point that it’s very challenging to advise on their implications when a situation arises where they might apply.  They are not well understood and are thus difficult to apply.

Freedom of assembly has been a subject of very limited case law, mainly in the context of the Occupy protests of a few years ago.  Freedom of association has been the subject of quite a few cases over the last decade, but almost all have been in the context of rights claimed by public sector unions.  These freedoms have not been developed adequately over the years.  As a result, they have guided the development of COVID-19 policies less than they could have and should have.

The drafters of these and other instruments recognizing assembly and association were attuned to a wide range of ways in which people gather together.  There are fundamental reasons for this gathering.  Some of these include the pursuit of purposes that require groups, the formation of individuals’ personality as social beings, and a check on state power through a thriving civil society.

Why does it matter that such freedoms are part of the Charter when it also includes a section allowing for justified limits on rights?  The point is that once we recognize infringements on these freedoms, it falls to governments to justify their limits.

Under the applicable legal tests, even with something as important as a pandemic and potentially proportionate limits on rights, governments need to show that the limits involved are rationally connected to the goals and do not limit rights more than reasonably necessary.  While many government actions to deal with the pandemic have been justified, various oversteps in government actions that ceased to function rationally or that could have achieved the same things while interfering less with social aspects of human life have been more questionable.

Raising these issues no doubt makes policy-making more complicated.  Some are inclined simply to shout “pandemic-justified limits” at anyone raising issues of rights and freedoms at the present time.  But it is in emergencies that we see whether our deepest societal values mean anything.  Some of the gravest human rights abuses have taken place under the shadow of wartime, and we need to make sure that policies adopted in a pandemic do not harm the constitutionally enshrined social aspects of human life more than need be.

That such freedoms could be forgotten speaks to the need, even after the present emergency is over, to cultivate an ongoing culture of freedom.  We need more scholars engaged with freedoms that have received less attention of late.  We need a real rebirth of liberty in Canada.