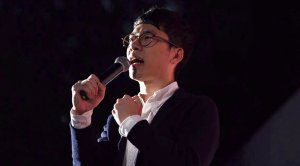 Since I was forced to flee my city, I’ve continued my activism for democracy from the UK. Now I’ve applied for asylum here, writes Nathan Law in the Guardian.

When I fled Hong Kong in late June, I did not reveal my whereabouts due to security concerns. People suspected that I would be in the US, as I was involved in political advocacy work in Capitol Hill when I was studying at Yale University in 2019. But I indeed chose another path – I arrived in London and became an international advocate for Hong Kong’s democratic movement. I’ve struggled with the question of whether I should stay in the UK for the long term, but I’ve now come to a decision – an application for asylum in the UK has been submitted.

My decision to leave Hong Kong attracted attention in different aspects. Due to the implementation of the national security law, which grants the government sweeping powers to prosecute political dissidents in Hong Kong for speech crimes, I decided to flee to where I could speak freely. I am the first former lawmaker in Hong Kong, and the youngest elected in history, to live a life of exile.

Due to my political profile, the media, international politicians and NGO workers were interested in my decision. The departure of a prominent activist signalled that something very wrong had happened in the city. My story was broadcasted globally, raising awareness about Hong Kong’s plight. But people still wonder: why London, not New York, not Washington DC? The answer relates to the west’s strategy for countering the authoritarian expansion of China.

As we are all aware now, the Chinese Communist party (CCP) has been actively reshaping the global order and shoring up its autocratic control in domestic politics. When the US moved towards “decoupling” in 2018 – starting a trade war with China – the CCP’s attention switched rapidly to the EU. The US had already made clear that it considers the CCP a threat. Beijing does not want the same change of attitude to take place in Brussels. By building alliances with the EU, the CCP hopes to brand itself as a keen follower of a “peacemaker”, demonstrating an alternative to “US unilateralism”.

Of course, it’s crystal clear that these fancy terms are being used dishonestly by the CCP. But this has not been obvious to many, including the UK and some major European countries. “United front” activities from China have been influencing these countries’ politics. Economic blackmail, elite capture, financial rewards and collusion are deployed to sustain a benign image of the Chinese regime. For a long time too many laboured under the fantasy that China would be a strategic partner to the west, perhaps even one part of the democratic world.

The process of awakening from this illusion takes time. In the US, adopting an assertive approach to China and positioning it as one of the country’s greatest enemies is a bipartisan consensus now. This is not the case in the UK and EU; that consensus needs to be built.

This is the reason why I boarded a plane destined for London. This is also why I planned to stay here and become a political refugee in this foreign yet somewhat familiar place. I hope that my presence can sound an alarm to remind people just how much of a danger the CCP poses to our shared democratic values. Your eyes should not rest on the economic gains – we have so much to lose.

Professors in top universities in Hong Kong are forced to be silent about human rights violations in China due to internal and external pressures; crosses in mainland China are being burned and religious organisations are silenced by the authorities; Hong Kong businesses that dare to support the democratic movement are punished and accused of “hurting the feelings of Chinese people”. Similar incidents have occurred so many times that we cannot pretend the threats from Beijing will not harm our freedoms and democracy. This is why I’m focusing on building alliances in the UK and Europe.

I have been here for almost six months. I find London to be exciting and welcoming – even though I landed in this unfortunate and bizarre time. I can relate to so many small things in this cosmopolitan city. There are shared cultural roots and signs that make me feel calm and blessed. Parliamentarians and journalists are actively amplifying voices like mine and positively influencing government policies. I am very grateful that so many individuals have offered me their warmth and helping hands.

With the effort of my friends and colleagues both in the UK and in Hong Kong, a stronger force for human rights and freedom will be forged. No matter what hurdles we face, as Hongkongers, we will never surrender. The fight for democracy in Hong Kong is one that will blossom around the world.

Nathan Law is a democracy activist and MLI’s Ambassador on Canada-Hong Kong policy.