Ottawa has failed miserably to stand up for Canada's national interests. 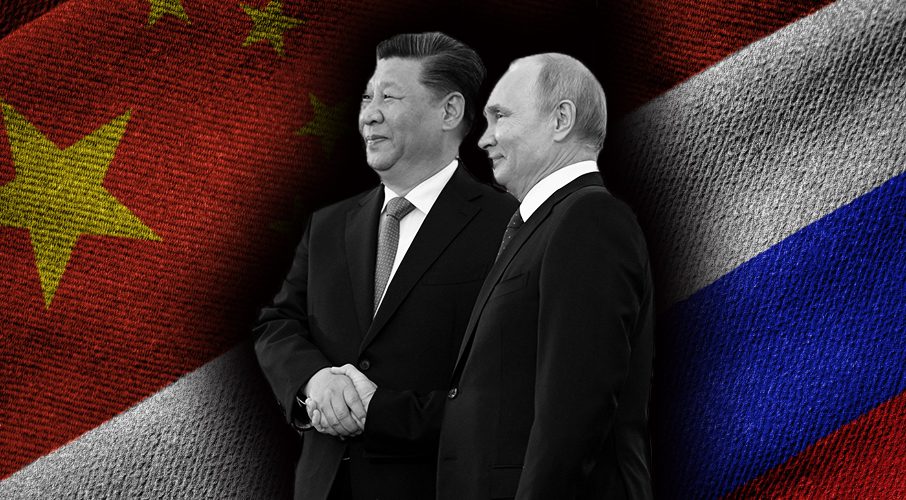 Candidates for the Conservative leadership might do well to recall that Cold War I, between the USSR and the West, started in Ottawa. In September, 1945, a whistle-blower at the Russian Embassy, Igor Gouzenko, stole documents detailing Soviet espionage against the West. When the extent of Soviet perfidy was revealed, Canada enthusiastically joined other western democracies in creating the postwar collective security architecture, including NATO.

Revealingly, Gouzenko wandered Ottawa for a day desperately trying to get anyone to take an interest in his tale of betrayal and duplicity. Who would want to harm nice inoffensive Canadians? The answer then, as now, is power-hungry despots who despise our way of life.

Cold War II, between an aggressively imperialist China, a revanchist Russia and a naïve and credulous West, did not begin in Canada this time. Its tentacles, however, reach deeply into Canadian society, endangering our citizens, our economy and our interests. Russia’s bloody invasion of Ukraine, like China’s kidnapping of the two Michaels, has shone a bright light on this conflict, creating an opening for Conservatives to become the party that keeps Canadians safe in a dangerous world.

Authoritarians learned long ago that people in the West will resist military threats to their domestic freedoms and democracy. The bullies have now shifted to working tirelessly to weaken the West’s moral resolve. Misinformation and disinformation about us, delivered to our television, social media feeds and inbox by armies of internet trolls, are thus today’s front line in the struggle to defend freedom and democracy. Authoritarians use the social media megaphone to repeat that the West and democracy are vicious, corrupt and indefensible; our adversaries stoke conflict within our societies and sap our will to defend our values and our way of life.

Russia spreads misinformation about Ukraine, for example. Russian-inspired on-line narratives about alleged Nazification (in a country governed by a democratically-elected Jewish president no less) and persecution of ethnic Russians then are repeated by trusting but naïve Canadians, usually accompanied by a “both sides are so nasty we shouldn’t get involved” gloss.

Western military superiority over the world’s authoritarians is meaningless if we lack the political resolve to use it, if we think there truly is no moral difference between free democracies and authoritarian despotisms.

Disinformation is clearly present in Canadian pipeline debates, as Russia seeks to hobble a competitor in supplying oil and gas to Western countries. Moscow has weaponized the resulting deep energy dependency in Europe. Foreign misinformation was clearly a factor in numerous other elections, referendum campaigns (think Brexit) and social movements (such as Green opposition to various industries or our very own trucker convoy) throughout the West in recent years. Foreign policy isn’t “out there”; it is here and affecting our lives and social harmony every day.

There are other ways in which our adversaries are using our own strengths against us. In the trade sphere, for example, we assume other countries sign trade deals in the same spirit of trade openness as we do. There can be no doubt, however, that China has used industrial espionage and trade agreements for the purpose of achieving industrial and economic domination over the West. The result has been deindustrialization of our societies.

In Canada’s case we have aided and abetted our adversaries’ ambitions by allowing them to launder and then invest money on an industrial scale and by being complaisant in the face of foreign efforts to coerce and intimidate Canadian citizens and residents seeking to alert Canadians to the dangers posed by China, Russia and other authoritarian regimes.

Conservatives have, then, lots of room to make themselves the unapologetic defenders of Canada’s national interests. They can, for example, strengthen anti-money-laundering laws and enforcement, create a foreign agents registry, appoint a national taskforce to identify ways to defend our democracy against foreign influence operations, ban Chinese telecom supplier Huawei from Canada’s telecom system, and reveal intelligence about the influence operations of both Russia and China on our soil. They can beef up the capacity of our intelligence and armed forces to combat cyber-security threats. Job One of any government is to defend its citizens from foreign threats, a task at which Ottawa has been failing miserably.

Speaking of the armed forces, Canada can strengthen the West’s commitment to collective security and Canada’s influence with its allies by honouring our own promise to spend two per cent of GDP on defence within, say, ten years. Then we could contribute more than hashtags when the next authoritarian threat emerges, whether in Ukraine, the Baltics, Taiwan, Korea or the Middle East.

And Conservatives can start treating our natural resources, not only as the national treasure they are, but as a buttress for the democratic world against economic pressure such as Russia and China have both tried to exercise by dominating markets for energy in Europe and strategic minerals globally.

Finally the Tories need a plan to ensure that legitimate free trade is not used as a cover for the deindustrialization of our economy and the transfer of thousands of jobs to China. It is not free trade when national governments use their country’s companies as instruments of foreign and security policy. The Tories can be both hard-headed free traders and staunch defenders of Canada’s national interests. The times require nothing less.

How the West can help level the playing field in Ukraine: Balkan Devlen in the Toronto Sun

Webinar panel video: The West has evacuated the land, but it must not abandon the women of Afghanistan

Webinar panel video: The West has evacuated the land, but it must not abandon the women of Afghanistan