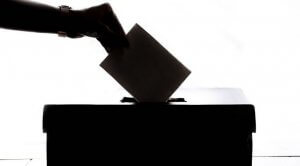 The remedy is to find workarounds for the worst potential excesses of the democratic process, while retaining democratic oversight, writes Philip Cross in the Financial Post. Below is an excerpt from the article, which can be read in full here.

It is a cliché to say that democracy is under attack, especially after Donald Trump’s brazen attempt to hold on to the presidency culminated in a mob attempting to stop Congress from certifying the election of Joe Biden. The assault triggered a chorus of voices reminding us that democracy and freedom are the foundations of our society.

And so they are. But democracy is not perfect. As Churchill famously said, it is “the worst form of government except for all those others that have been tried from time to time.” For two generations, economists have shown how democracies are vulnerable to being corrupted by special interests, and how some sacrifice of direct democratic control of institutions can produce better governance than the unfiltered popular will typically provides.

Nearly a half century ago, the economist and political scientist Mancur Olson pointed out in The Rise and Decline of Nations: Economic Growth, Stagflation and Social Rigidities that democracies were especially vulnerable to rent-seeking. Special interests often coalesce to extract specific government actions for their own benefit, while those who pay the costs are diffuse and hard to organize. Over time, the steady accumulation of policies favouring various special interests to the detriment of the greater public good slowly reduces a nation’s capacity for economic growth, a process Brookings Institution Fellow Jonathan Rauch coined “demosclerosis.” Government simply loses its ability to adapt. We can readily see Olson’s scenario playing out in how Canada protects many sectors such as banking, airlines and telecoms from foreign competition, or indulges farmers protected from competition by supply management.