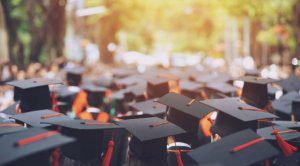 It would be naive, however, to think the pandemic will just stop and the economy power back up to where it was before, especially for today’s graduates, writes Linda Nazareth in the Globe and Mail.

If you start your career during the pandemic, are you doomed to a life that is just a pale shadow of what it might have been? That is the conclusion of a study recently published by the International Monetary Fund with the gloomy title “The Long Shadow of an Unlucky Start.”

Citing evidence from “unlucky cohorts” who graduated during past recessions, researchers Hannes Schwandt and Till von Wachter make the case that 2020 (and presumably 2021) graduates face incomes lower than what they would have been otherwise, and they are less likely to have a satisfying family life, and more likely to commit a crime or die young. If their thinking is correct, now is the time to take some action and implement policies that will head off the worst of the potential social and economic impact.

It has long been established that graduating during a recession does not set you up well for the rest of your life. In fact, Statistics Canada flagged the issue last June, just three months into the pandemic. Referencing a Canadian study done in 2012 on those who graduated up to 1995, they pointed out that a one percentage point increase in the youth unemployment rate in one’s graduation year resulted in a 0.7-per-cent dip in inflation-adjusted earnings five years after graduation, and that the cohort being shut out of the labour market in 2020 might feel the impact for years to come.

At the time of their warning, the Canadian unemployment rate for those between the age of 15 and 24 had almost tripled, from 10.3 per cent in February to 29.4 per cent in May, the latter a much higher rate than was seen in the past three recessions. As of January, 2021, things have gotten a bit better, but at 19.7 per cent, the youth unemployment rate is still a good nine percentage points higher than it was before COVID-19 hit and suggests a pretty steep fall in future earnings for young workers if old patterns are followed.

As gloomy as all of that sounds, it is still more cheerful than the IMF researchers’ take on the situation. Using data from the United States from 1976 to 2015, they found that even years after entering the labour market, those who graduated during past recessions experienced lower job quality and job satisfaction than luckier cohorts. The earnings losses typically do not disappear within a few years either, with the U.S. data showing that middle-aged workers who started work during recessions typically earn about 1 per cent less for every 1 per cent higher than normal the unemployment rate was when they started working. Researchers from many countries have found similar results, and also found that while no demographic or educational group can be shielded, those with the least education tend to fare the worst.

The bad news on incomes is only part of the story. Both the IMF report and previous research show if you graduate during a recession, you are more likely to end up with a partner who did, too, so your household income will be lower. Because you earn less, you will be more likely to be depressed, so you are more likely to drink to excess and to eat poorly, and eventually those behaviours can lead to diseases including cancer.

The 1982 recession, which was deep and permeated many industries, resulted in a 3.9-per-cent increase in the unemployment rate for young workers in the U.S. and a subsequent cut of six to nine months in their life expectancy. Applying the same calculation to this pandemic-recession, Dr. Schwandt and Dr. von Wachter figure that the U.S. class of 2020 will face a life expectancy that is slashed by one to 1.5 years.

Whether the worst of these scenarios come to pass for the class of 2020 or 2021, it does not take much to imagine a society filled with unhappy, underemployed people who are not able to achieve their potential. Keep in mind, too, that past recessions happened at a time when work tended to be full-time and permanent, as opposed to now, when even before the pandemic many younger workers were mired in contract or gig work. Add in that automation is moving at a breakneck pace and many jobs are vulnerable to elimination and you have a potentially toxic and frightening combination that will benefit no one.

The good news is none of this needs to be a self-fulfilling prophecy. Macroeconomic policies may jolt the economy enough to prevent some of the worst-case scenarios. Canadian interest rates are low and unlikely to rise any time soon and there seems to be an acceptance that government deficits cannot be reversed too quickly.

Still, knowing that other generations have been singed by recession, we can also take other steps to stop the current generation of young workers being devastated this time. As a mitigation strategy to the damage, we perhaps need to think about offering incentives to employers to hire and train younger workers, something that will be the subject of some debate given that workers of all ages are likely to be searching for work postpandemic.

At the very least then, we could consider extending the short-term measures now in place to encourage hiring even after COVID-19 stops being a health emergency. Longer term, depending on how unstable the situation is, there may also be a need for extended income-support programs for at least some workers.

If we are very lucky, the pandemic will be halted in a matter of months and we can start thinking of returning to normal in many ways. It would be naive, however, to think the pandemic will just stop and the economy power back up to where it was before. Instead, we need to think of it as something that will indeed cast a long shadow on work and earnings for years to come and plan accordingly to offset the damage, especially for today’s graduates.

Linda Nazareth, host of the Work and the Future podcast and senior fellow for economics and population change at the Macdonald-Laurier Institute.