What China-Taliban ties mean for the US, Canada and the world: Amitendu Palit for Inside Policy 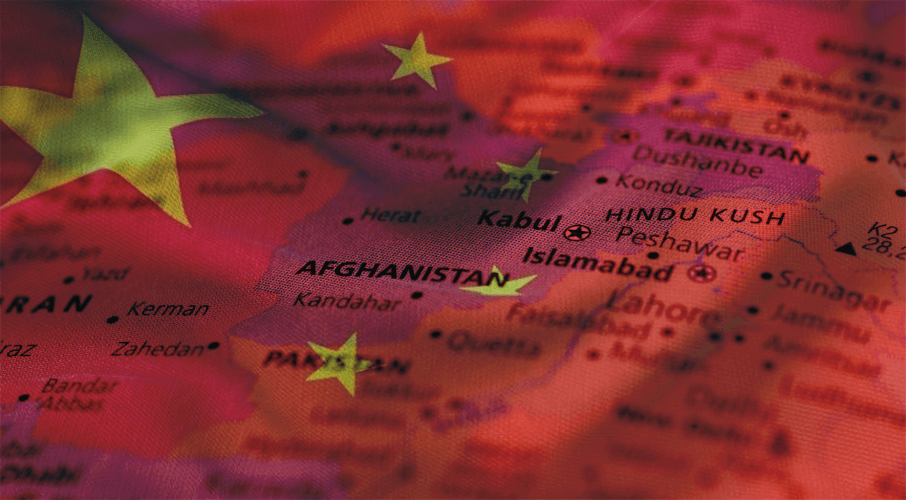 The Taliban’s assumption of power in Afghanistan complicates the regional strategic landscape and enhances the US-China conflict, writes Amitendu Palit.

The Taliban’s sudden and swift capture of power in Afghanistan has profound geoeconomic and strategic implications. As the world tries to come to terms with the prospects of co-existing and working with a Taliban government in Afghanistan, the implications of Taliban rule when it comes to strategic supply chains, regional connectivity and US-China conflict are too large to overlook.

Afghanistan’s mining and mineral resources are estimated at nearly US$3 trillion. The latter includes lithium and rare earth elements, gemstones, and minerals like copper, lead, zinc, coal and iron ore. Much of the mineral wealth remains unexplored. Ownership of the wealth has assumed great significance, especially given the efforts by the US and other major economies to strengthen the resiliency of strategically important supply chains.

In the latest in-person leadership meeting in Washington, DC in September 2021, the Quad group of countries – comprising the US, Australia, India and Japan – reiterated their commitment to work closely together to enhance the resilience of critical technology and material supply chains. The Quad had also noted the importance of safeguarding these supply chains earlier in the year, at a time when there was no indication of the Taliban storming to power in Afghanistan. This emphasis arose from the imperative of reducing dependency on China, which dominates the global production of rare earth elements.

China is the preponderant force in the global critical minerals market and can leverage its geoeconomic clout for geopolitical power projection. Its command over the market will likely increase following the Taliban’s seizure of power in Afghanistan. China’s friendly relations with the Taliban only facilitates this authority.

Working with the Taliban is a difficult prospect for most countries. But, if some countries decide to invest in Afghanistan for mining strategic minerals like lithium – an essential material for smartphones, electric vehicles, and products using rechargeable batteries – they will need to abide by the rules set by the Taliban government. China might be at a distinct advantage in this regard. The same can be said of Russia, which also enjoys cordial relations with the Taliban government.

The Taliban government enjoys little international support. Amidst the loud chorus for global economic and diplomatic sanctions following the Taliban’s seizure of power, China was distinct for its positive response. Beijing is working to develop friendly ties with the Taliban as a means to secure various strategic interests; this includes hastening the progress on its signature Belt and Road Initiative (BRI).

Controlling radical extremism in the Xinjiang province is a major political factor motivating China to work closely with the Taliban. Beijing hopes to persuade the Taliban to refrain from abetting extremism in Xinjiang and exporting terror, relying on its economic clout as a strategic weapon for getting the Taliban on board. A cash-strapped Taliban government would be eagerly looking for funds to rebuild the country. China is ideally poised to contribute to the reconstruction efforts and can position the BRI as its vehicle for post-war reconstruction in Afghanistan, helping to accelerate this progress.

Landlocked Afghanistan is vital in the BRI’s economic geography and the land connectivity envisaged through the Silk Road Economic Belt. A stable Afghanistan is essential for unhindered development of the China-Pakistan Economic Corridor and the China-Central Asia-West Asia Economic Corridor. China would expect the Taliban to guarantee domestic stability in Afghanistan and good relations between the Taliban and Pakistan governments to help curb terrorism, which has affected progress on the economic corridors.

Channeling funds through BRI projects would help China in achieving multiple goals and obtain strategic leverage with the Taliban government. Some of the reconstruction-related investments in BRI can be deployed in mining critical minerals. That would contribute to China’s goal of retaining its command over the global critical minerals market against efforts by the Quad and other major middle powers (e.g., UK, Canada) to reduce sourcing dependency on China.

US strategic focus to shift

The inevitable outcome of the Taliban capturing power is a sharp increase in the strategic and diplomatic focus of the US and Europe on the West, Central and South Asian regions.

Much is at stake for the US in Afghanistan. Overcoming the loss of credibility following the rapid Taliban takeover, and the sudden demise of the US-trained and funded Afghan security forces, requires the US to stay engaged in Afghanistan. Notwithstanding the obvious discomfort, it needs to work with the Taliban government to maintain its strategic leverage in the region and ensure regional stability.

The US is already working with the UK and Europe to help buttress its strategic role, particularly when it comes to shoring up the cash-strapped Afghan economy. Its efforts to stabilize Afghanistan also require engaging other key states from West Asia (e.g., Qatar, Iran), Central Asia (e.g., Uzbekistan, Turkmenistan, Tajikistan) and South Asia (e.g., Pakistan). A hands-off US approach to the region would mean China and Russia filling up the vacuum created by the American withdrawal.

For several years after 9/11, the US remained preoccupied with West and South Asia, while devoting less strategic attention to the Pacific. This allowed China to expand its strategic influence in the region. The situation changed after Osama bin Laden’s death in 2011. US interest in West and South Asia were reduced, with greater attention to balance China in the Pacific. The strongest geoeconomic manifestation of this higher interest was the US’s leadership of the Trans-Pacific Partnership (TPP). Notwithstanding President Trump pulling the US out of the TPP in January 2017, the US strategic interest in the region was maintained through forceful emphasis of the Indo-Pacific vision and the Quad.

The Biden administration has maintained this emphasis on the Indo-Pacific. It has walked the extra mile by proposing an unabashedly anti-China security partnership in the region comprising itself, the UK and Australia (AUKUS). It has also stayed fully committed to the Quad. But if the situation gets further complicated in Afghanistan, it might be forced to prioritize between regions. The geoeconomic implications of the prioritization might find China playing a more decisive and strategically important economic role in the region. China’s ambition of doing so is evident from it applying for membership of the CPTPP.

The developments in Afghanistan have significant impact for global economics and politics. Contestations for control over critical mineral supply chains can arise as the US and other democratic middle powers take on China’s hegemony in the global minerals market, further buoyed by its good ties with the Taliban. Prominent middle powers and large economies like Canada, India, and Japan, which are working together to safeguard strategic supply chains, will face the challenge of staying embedded in these supply chains, in the face of pressures generated by the US-China conflict.

The US-China conflict gathers a new dimension from Afghanistan. China has a strong opportunity to enlarge its strategic presence in Asia by working with a friendly Afghan government. The possibility of China enjoying greater control over strategic supply chains and pushing ahead on regional connectivity through BRI will worry the US and its allies.

The deepening of the US-China conflict over Afghanistan implies new challenges for Canada and other middle powers. For several years, their focus on Afghanistan was in supporting its reconstruction. While it might continue to remain so, the terms of engagement would be influenced by the rules set by the Taliban, greater Chinese presence and influence on the country, veiled efforts to reach out to the Taliban by the West and the US-China quest for strategic influence in the region.

Amitendu Palit is Senior Research Fellow and Research Lead (trade and economics) in the Institute of South Asian Studies in the National University of Singapore. He can be reached at isasap@nus.edu.sg. The views expressed here are his own.

A Humanitarian Disaster Looms Large in Afghanistan: Khorshied Nusratty for Inside Policy