Canadians should stop worrying about income inequality: Buckley in the Post on GCD #1 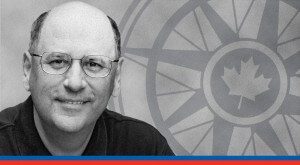 that Canadians should stop worrying about income inequality because their country is already one of the fairest in the world.

Buckley will argue for the motion “Canadians should stop worrying about income inequality” during MLI’s first Great Canadian Debate of 2015, taking place on Tuesday, March 31 at the Canadian War Museum in Ottawa.

There is more income inequality today than in the past, and we’d like to reverse that if we could. Without cost, that is. There are a lot of things we’d like to do without, but just can’t change. Let’s suppose there’s an asteroid out there that might hit our planet and destroy all life on Earth, but that we simply can’t do anything about. The causes of Canadian income inequality are like that asteroid.

First, the technological revolution. Factory jobs that used to provide a reliable entry into the middle class are increasingly performed by machines, from robots on the floor plant to check-out kiosks at Home Depot. The iron law of the new economy is that anything which can be turned into an algorithm will be performed by machines and not by humans. In the process, middle-class jobs have cratered, and while we might not like that, we’re not going to start throwing our iPhones into the river. Just the opposite. We’d like to see Canadian companies compete in the new economy and would want BlackBerry to wipe the nose of Apple.

Second, globalization. The growth of a world economy has moved jobs offshore from Canada to Third World countries. We might not like that either, but at the same time it’s moved people in Third World countries out of poverty, more than a billion of them, and it’s a bit much to object to that. And it’s not as though a retreat from free trade to a corporate state’s trade barriers is the answer. The last thing we need is corporate cronies begging politicians for protection from competition.

Third, globalization technology. When globalization interacts with new technology, there are immense economies of scale in corporate management. Before the advent of new technology, deeper levels of firm management were required, branch managers and the like. Today that work shifts to the head office, and that in turn produces a winner-take-all economy with enormous rewards for those on top and a sharp fall-off in earnings for those one rung down.

Finally, genetic advantages. Twenty years ago Charles Murray and Richard Herrnstein argued in The Bell Curve that I.Q. determined where one placed on the economic ladder. That book was very controversial, but the field it created — genoeconomics — has of late become respectable because I.Q. no longer seems to make a great difference. Instead, other qualities, such as industry, optimism and a willingness to defer gratification seem to explain the difference between wealth and poverty. And that’s going to matter in the inequality debate. If Lady Gaga was born that way, why not the rich?

The point is that it’s not enough to point to income inequality. How we got there also matters. That’s something that Jean-Jacques Rousseau recognized. He was the first modern to put inequality on the map, and he distinguished between two kinds of inequality. Natural inequality arises from the physical and behavioural differences amongst people. It’s the inequality of tall vs. short basketball players, and of industrious vs. shirking workers. We can’t do all that much about this, but then there’s the bad kind of inequality, political inequality, that arises from unjust privileges. What Rousseau had in mind was the special privileges of 18th century French aristocrats, but the same kind of thing can be seen in the forms of crony capitalism and barriers to advancement one observes in the United States.

There’s always room for fine-tuning, especially with respect to native Canadians, but such inequality as there is in Canada comes down essentially to Rousseau’s natural inequalities. These are things we can’t or won’t change. And we all know this. So worrying about them is sheer waste, and even something worse than waste — the preening sentimentality that has no answers but wants you to know just how sensitive it is, how deeply it feels your pain.

There’s one more reason why we shouldn’t worry about inequality and that’s because the real problem is immobility, not inequality. We don’t mind inequality when we think we all have an equal shot at climbing the ladder. In the United States, income mobility is called the American Dream, though it’s more properly called the Canadian Dream, since, unlike America, Canada is a country of economic mobility. We’re one of the most mobile countries in the First World. And that’s not just me saying it. That’s the conclusion the Pew Charitable Trust reached when it looked at the correlation between the earnings of parents and children. The difference between America and Canada is especially marked in the bottom and top economic rungs. In America, poor parents raise poor children, while rich parents raise rich children. That just doesn’t happen in Canada, and it should be a matter of great pride for us. The Americans have created a class society, and we’ve avoided this.

There are always people who will tell you how awful we are, but this is one of the fairest societies in the world. That’s what the world thinks of us. So if we’re in bad shape, then the rest of the world must indeed be a hellhole.

F.H. Buckley teaches at George Mason University Law School. He will be arguing for the motion “Canadians should stop worrying about income inequality” for the Macdonald-Laurier Institute’s first Great Canadian Debate of 2015.