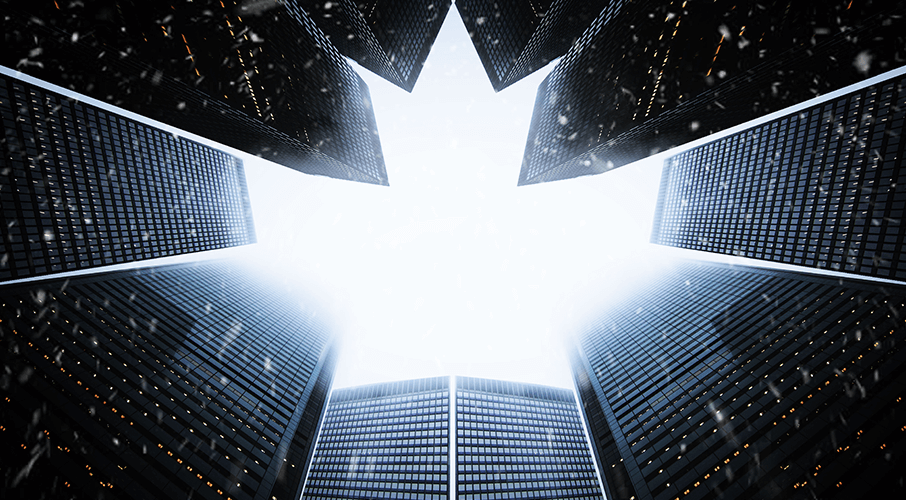 Fundamental changes are upon us that represent a mix of challenge and opportunity, writes Richard Fadden.

Individuals are often told that self-awareness is an important part of being a balanced and successful person. This principle applies as much to countries as it does to individuals – and it applies especially to Canada. I do not believe we are being very honest with ourselves. In particular, I would like to address two main elements in how we should think of ourselves as a country.

The first element is our international environment. In our interconnected world, the description can consist of issues ranging from nuclear proliferation to climate change to migration and everything in between.  I suggest another way of looking at the world – through four main “meta-issues,” so named since they affect all other issues, that need to be taken into account in relation to Canada’s national security.

These meta-issues are (1) the rise of revisionist states, (2) a dysfunctional West, (3) the growth of radicalization to violence, and (4) cyber in all its manifestations.

Revisionist states, profoundly unhappy with the international order and their place in it, are prepared to use virtually any means – short of war – to change that order and their place in it. China and Russia are the two “biggies” (with smaller ones being the likes of Iran and North Korea). Examples of their revisionist behaviour can be seen in Russia’s invasion and annexation of Crimea and its ongoing destabilization of Ukraine, and China’s massive world-wide intelligence gathering program, its activities in the South China Sea, and its “diaspora” management program.

China and Russia are intent on advancing their interests to the detriment of the West. Their activities span the political, military and economic spheres. We need to recognize that they are not just aggressive competitors, but strategic adversaries.

My second meta-issue is a “dysfunctional West.” The West includes those democratic states with a basic respect for human rights and international law generally, e.g., our NATO allies, Australia, New Zealand, Japan, South Korea, Taiwan, among others.

The West is dysfunctional for a number of reasons. First, some have turned away from our democratic ideals towards right-wing authoritarianism and excessive nationalism. Second, there is a significant lack of global leadership on the part of the United States, which predates Trump, and an equal inability or unwillingness among the second-tier countries – the United Kingdom, France, perhaps Germany – to fill that gap. And, third, the West displays a significant loss of coordination in dealing with Chinese and Russian revisionism, as well as other issues.

My third meta-issue is the growth of radicalization to violence, most notably Islamist and right-wing extremism. At one level, the West has won the so-called “War on Terror” – there have been no 9/11-level attacks for some years now. But we should not forget Nice, Brussels, and London, to name a few other serious attacks, or the appalling level of terrorist or insurgency violence occurring in large parts of the developing world. And we have not managed to deal with the root causes of why many groups around the world continue to use terror to advance their agenda.

The risk of massive attacks may be less than it was, but the risk of attacks is still there virtually everywhere on the planet. Right wing terrorism is also growing and like its cousin jihadist terrorism, it is a globalized threat. We ignore it at our own peril.

My last meta-issue is “all things cyber.” In fact, I am using cyber as a shorthand to encompass the brave new world of technological leaps forward – AI, quantum, space and so on.

We have cyber-war. Russia’s action in Ukraine/Crimea was effectively made possible by the former’s massive use of cyber tools to attack communications, command and control and other systems. If the disabling of communications systems had been accomplished by kinetic means, it would have entirely changed Russia’s operation and the West’s reaction to it. Cyber war becomes an easily useable tool to anyone wanting to make a point short of traditional armed conflict.

And then we have cyber-espionage, including IP (intellectual property) theft, of which it is estimated amounts to a trillion dollars a year. This is a major threat to both our national security and our economies. And, then there is traditional espionage directed at state or strategic secrets but now conducted using cyber tools.

Cyber-crime includes identity theft, ransomware, blackmail, denial of service, old-fashioned theft using cyber tools, and many other possibilities. These tools are used by states, organized criminal groups, individuals and other kinds of organizations.

The last cyber challenge is cyber-propaganda, e.g., using the Internet or social media to spread an ideology or false information meant to recruit individuals to violence or to disrupt institutions. It is used by some states, radical groups, and likely others. It threatens the integrity of our institutions and the ability of governments to act, given that misinformation narrows the range of actions the population will support or tolerate.

This leads us to our second element, Canada itself. Despite our problems, we are – compared to virtually every other country – rich, peaceful, and safe. Yet, I suggest we are resting on our laurels more than we are entitled to. We emerged as one of the main economic and military contributors to victory in the Second World War. During the Cold War, we were a quintessential “middle power.” But, today, where does this leave Canada?

I am not certain the concept of a middle power works today. To be in the middle, we need some countries “below” us and one or more above us.  There are certainly countries below us but many are now vying for what is left of middle power status – a field possibly so numerous as to be meaningless.  The other requirement is for a “top” power.

China will continue to be more of a world power than the Soviet Union, the United States is no longer the G-1 power it was when the USSR fell, and many Western countries are pre-occupied with their internal issues. And some NATO countries are falling to the blandishments of China. Perhaps one of the greatest issues faced by the West is the lack of a common “threat assessment.” This issue is especially visible in Canada – we are surrounded by three oceans and the US, so we don’t really feel threatened.

Now where does all this leave Canada? In particular, what can we do to deal effectively with these meta-issues?  More than anything, we need to shed the blinders of the past and see the world and our place in it as it is. This is not a G-1 world, so we need to stand on our own with values and ideas more than we have in the past. And, to do this we must bring to bear patience and consistency along with the resources to match.

I suggest that Canada’s place is as one among any number of Western countries, without the special position we enjoyed as a traditional middle power. This means we have to stop assuming other countries will eventually see issues as we do.  We need to work harder and consistently with other countries on an issue-by-issue basis – sometime leading, sometime not. And not just assume the US will be able to or want to lead.

In practical terms, we need to recognize our adversaries for what they are. We have to deal with them but also draw clear limits to what we will accept. The G-1 world with comprehensive US leadership is gone and is not coming back. We are one among many Western countries adjusting to this new world. For that reason, we should accept that the meta-issues outlined require a multinational approach. It is important for Canada to work to develop a common Western world-view and prioritize where our national interests are greatest.

More than anything, we need a clear-eyed view of the world and of our place in it. Fundamental changes are upon us that represent a mix of challenge and opportunity – as a country we need to see the world as it is and make the changes that will allow us to remain one of the most fortunate countries on the planet.

Richard Fadden is former national security advisor to the Prime Minister of Canada and former director of the Canadian Security Intelligence Service. This article is based on his remarks at the CDA Institute’s Vimy Dinner on November 8, 2019, where he was awarded the 2019 Vimy Award. The full transcript of his remarks can be found here.