Canada and the U.S. closed the border the right way – cooperatively and with logical exceptions: Christopher Sands in the Ottawa Citizen

in Columns, COVID-19, In the Media, Latest News, United States
Reading Time: 4 mins read
A A 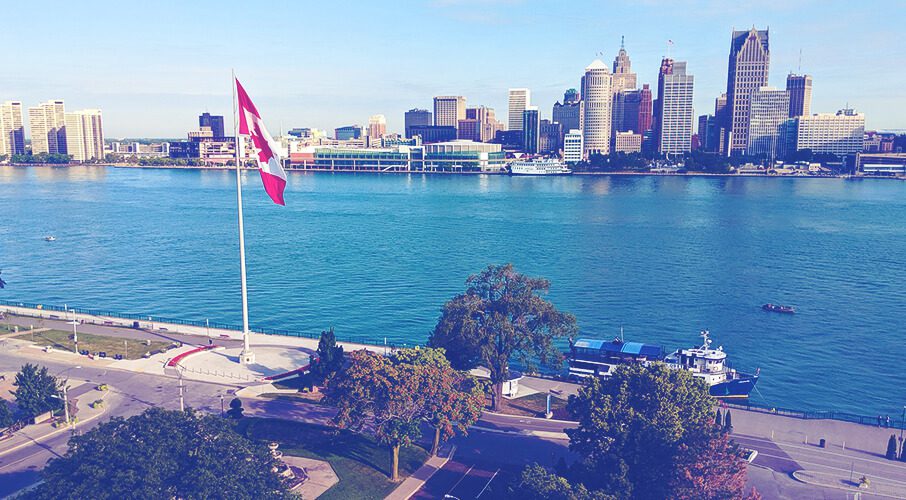 At a time when national pride might have hindered cooperation, and popular fears of this virus might have driven our politics into a cross-border confrontation, Canada and the U.S. have worked cooperatively, writes Christopher Sands.

Next year marks the centenary of the Peace Arch, erected on the Canada-U.S. border in 1921 to commemorate the anniversary of the end of the War of 1812. An iron gate in the centre of the Arch reads, “May these gates never be closed.”

Wednesday, in response to the COVID-19 pandemic, U.S. President Donald Trump and Prime Minister Justin Trudeau announced that for the first time since Sept. 11, 2001, the border will be closed to “non-essential” travel and traffic. And that is good news.

In recent weeks the United States has closed its borders unilaterally to travellers from China, the European Union, Britain and Ireland to halt the spread of COVID-19. The move to restrict the U.S. border with Canada was a joint decision with the federal government in Ottawa.The decision was also a restriction on cross-border traffic, not a blanket closure of the border.

Essential shipments of auto parts and foodstuffs will continue. Nurses in Windsor will still cross into Detroit to work in local hospitals. Decisions on what travel is essential will be made based on data.

Since 2001, both countries have adopted a risk-management approach to border screening of goods and people. This allows customs and immigration officials to concentrate resources on areas of greatest risk, and to adapt their deployment patterns to rapidly changing circumstances such as those we have seen as COVID-19 has spread.

By 2002, the Canada Border Services Agency and U.S. Customs and Border Protection had jointly established the Free And Secure Trade (FAST) program to allow companies that invested in securing their supply chains and shared data with border officials to become “trusted traders.” Similarly, the NEXUS program was introduced to help border officials identify “trusted travellers.” Determining what movement across the border is “essential“ builds on this data-sharing.

Trusted traveller and trader programs were designed to address terrorism, but combined with public health data-sharing across the U.S.-Canadian border, these tools can help address a pandemic.

In 2003, the SARS epidemic reached Toronto and federal public health officials sought to establish coordination among hospitals in Ontario and New York – only to discover that extensive linkages already existed and local public health authorities were in regular contact.

When Mexican doctors began to see a new flu strain in 2009, they reached out to the Centers for Disease Control in Atlanta for testing to confirm that this was a new virus type. That year’s ongoing flu season had the CDC labs fully occupied, so they turned to the Canadian Science Centre for Human and Animal Health in Winnipeg, Canada’s Level-4 laboratory, where the strain was identified as H1N1 quickly enough that untold lives were saved.

And once a vaccine is developed for COVID-19, the coordinated drug approval process established by the U.S. Food and Drug Administration and the Health Products and Food Branch of Health Canada will expedite the review of clinical trial data so that treatment can reach infected Canadians and Americans as safely and rapidly as possible.

Tourism and visits to family and friends will fall during the COVID-19 crisis period. Hotels, restaurants and airlines will all suffer a loss of business. The economic impact of the COVID-19 pandemic is as yet incalculable. The virus has prompted millions of us to begin telework, and for thousands of jobs, telework is not an option. Consumers will put off buying cars or new homes, and businesses will delay investments until the situation stabilizes.

Despite the continued uncertainly, the fact that the United States and Canada are working in a coordinated way to manage the shared border is a bright spot amid all the harrowing news of the COVID-19 spread. Working together won’t prevent all the adverse economic impacts of the COVID-19 response at the border, but it will make a positive difference.

Credit for this ought to go to the thousands of public service professionals in both countries who have worked on the Beyond the Border initiative and to advance the goals of the Regulatory Cooperation Council, and on the precursors of these efforts, including the Security and Prosperity Partnership for North America and the NAFTA Working Groups. I have known many of these dedicated individuals in both countries, but the honour roll is long and includes many people whose contributions will remain unknown to the public and to history.

President Trump and Prime Minister Trudeau deserve our thanks as well. At a time when national pride might have hindered cooperation, and popular fears of this virus might have driven our politics into a cross-border confrontation, they worked cooperatively. The gates at the Peace Arch haven’t closed, and we are stronger responding to COVID-19 together.