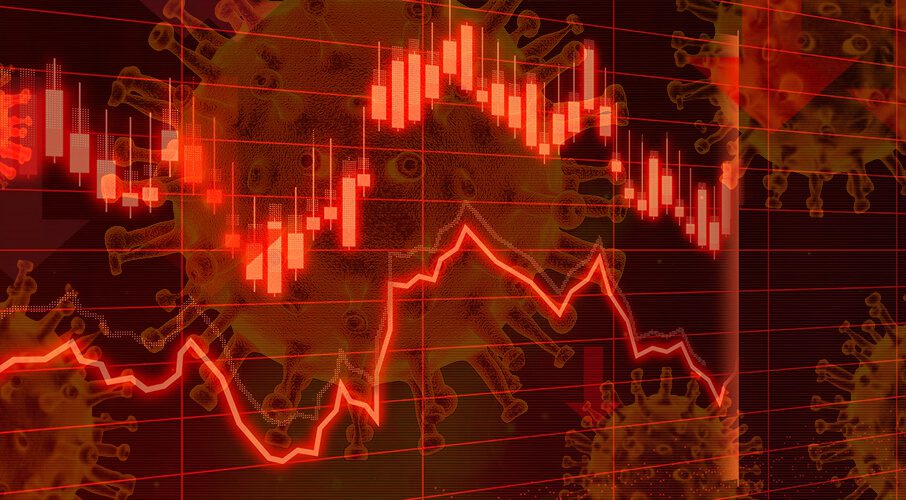 The trick to stimulus packages right now is planning when we don’t know which scenario will evolve. It is important to have the flexibility to reverse measures when they are no longer needed, writes Jack Mintz.

How long will this last? That’s the question at the top of every Canadian’s mind as we deal with a public-health threat and a potential economic recession due to the coronavirus pandemic.

For households, businesses and governments, the best approach is to consider scenario planning, which was the focus of an excellent piece put out by JPMorgan on March 11.

Since late January, we have witnessed a negative supply shock when production and supply chains were disrupted by quarantines and mitigation beginning in China.

We are beginning to see a demand shock with various bans limiting consumer and business activities.

And now we have the oil shock, with crude prices falling from US$60 per barrel to US$45 due to the virus and a further US$15 drop as a result of the Saudis opening up a war on Russia after the failed OPEC+ agreement on production levels. Saudi production is ramping up by two million barrels with UAE joining the fray with a production increase of one million barrels. The Russians are responding with a more modest up to 500,000-barrel increase due to capacity constraints.

Using JPMorgan’s approach, let me lay out three scenarios as to how the world economy will deal with these shocks.

The optimistic path is a quick recovery with little lasting economic damage. Under this scenario, the virus peaks in the spring with a short-run recession for six months. By summer the virus is contained and the benefits of lower interest rates and fiscal stimulus (tax cuts or more spending) provide robust growth in the fall. Even if the Saudi-Russian price war continues, the oil price begins to recover (already some of the Chinese demand is coming back as new cases decline and production begins to recover).

The sluggish recovery path envisions prolonged weakness as the virus persists. Consumer spending and production fall well into the summer. Credit stresses mount as corporate cash flows shrink. Oil prices continue at US$30 per barrel going past 2020 with little recovery as inventories accumulate. Despite monetary and fiscal stimulus, risk aversion limits effectiveness. JPMorgan suggested last week that the market seems to be pricing in this scenario with its recent decline by over 20 per cent.

The pessimistic path is for a global recession with the virus disruption and oil price shock leading to a sharp downturn and a rise in corporate defaults. Less business investment, weak consumer confidence, layoffs and falling housing prices become a reality. Companies with poor liquidity find they have no market friends. Central banks undertake unconventional monetary measures including quantitative easing and negative interest rates in several countries while governments continue to blow up their budgets.

The threat to the Canadian economy is real with the best hope being a short recession. Most commodity prices are down sharply since Feb. 1. With consumers staying at home, entertainment, travel and accommodation are already taking a hit. Airlines are hurriedly cutting capacity. With lower interest rates, finance and insurance companies lose profits and potentially face a credit crunch if the recession is prolonged. Export-led manufacturing will face falling global demand. Already automobile manufacturers expect lower demand this year.

On top of all this, the sharp reduction in the stock market and lower interest rates will hurt retirement savings for many Canadians. Defined benefit pension plans will see higher deficits requiring businesses to pay more to cover these deficits.

48 per cent of the Canadian economy is most heavily affected by the current health and economic crisis, excluding the all-important real estate, rental and leasing sector. Add that in for the worst-case scenario, and almost 60 per cent of the economy is most affected. Most other sectors will be affected in various degrees with some seeing increased demand, such as health services and public administration.

Last Friday, the federal government came to the plate after two significant interest rate cuts by the Bank of Canada and measures to provide funding for medical supplies and increased credit to businesses. As promised by Finance Minister Bill Morneau, more is on the way next week.

However, the trick to stimulus packages right now is planning when we don’t know which scenario will evolve. It is important to have the flexibility to reverse measures when they are no longer needed.

Obviously, the major public-health focus is “to flatten the curve” by reducing person-to-person contact so the health system can handle an abrupt increase in severely affected patients needing care. The provinces will especially need to devote more dollars than anticipated to health care.

Federal and provincial fiscal packages should support the economy especially in sectors already hard hit. Bailouts for firms is one focus. Infrastructure spending should be sped up. But a stressed main street facing lost incomes and mortgage payments will also need help.

This is not the time to focus on measures that result in long-run commitments for governments — those should be left for until after we see how the economy evolves this coming year.

Canada and the U.S. closed the border the right way – cooperatively and with logical exceptions: Christopher Sands in the Ottawa Citizen