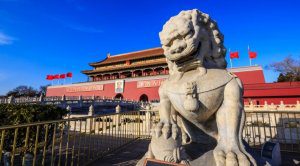 Beijing lures these people with lucrative board memberships, and other associations with the Chinese party-state, to put in a quiet word with our government, writes Charles Burton in the Ottawa Citizen.

Recently, Robert Oliphant, parliamentary secretary to the foreign affairs minister, told the House of Commons that Canada is considering creating a registry of foreign agents, along the lines of Australia’s Foreign Influence Transparency Scheme Act and the U.S. Foreign Agents Registration Act.

It seems like a no-brainer to expect transparency whenever someone takes a foreign state’s money in expectation that they will commensurately serve the interest of the funder. But please excuse any skepticism that Canada will, any time soon, legislate a registry for former politicians, civil servants, scholars and other opinion influencers who receive benefits from China.

Beijing incentivizes these people with lucrative board memberships and other associations with the Chinese party-state, as unregistered lobbyists to put in a quiet word with their former government colleagues. The message: Canadian companies will lose out on lucrative contracts if our federal government implements policies inflicting anything more than verbal condemnation on China’s human rights violations, espionage, acquisition of key Canadian natural resources and infrastructure, and flouting of the international rules-based order in diplomacy and trade by hostage-taking and economic coercion.

These influencers represent China as proxies in public statements in Canadian newspapers and through reports from think-tanks that have accepted PRC-associated funding. They attempt to dampen Canadians’ outrage over China’s state behaviour, or over authorizing Huawei 5G despite stark warnings from Canadian and international security experts. They urge that we accept the myth of China’s inevitable global supremacy in the wake America’s decline, that Canada should compromise our commitment to our security, sovereignty and Canadian values of fairness, justice and reciprocity in relations between nations, lest we become bystanders to the “greatest changes in global history.”

Even though opinion polls indicate nearly nine in 10 Canadians want our government to be much more “proactive” in relations with China, the prime minister and cabinet are apparently listening to other voices, who may be rewarded by the PRC régime, saying we should be “sophisticated and mature” in our relations with China, abiding by China’s urging that we “set  aside differences and seek common ground.”

In the recent House of Commons resolution recognizing China’s suppression of Turkic Muslims as a violation of the UN Genocide Convention, MPs across party lines voted 226-0 to pass the motion, but the prime minister instructed his cabinet to abstain, with no clear reason given. The message to Beijing is that the Trudeau government will ignore the horror taking place in China’s Uyghur region, showing contempt for Canada’s parliamentary democracy but pleasing the Chinese Embassy.

China’s manipulation activities go far beyond rewarding Canadian influencers. Politicians, the RCMP and CSIS all acknowledge that for years Chinese agents have harassed and coerced people of Chinese origin within Canada, including Canadian Uyghurs, Tibetans, Hong Kongers, PRC students and dissidents. But none of the large cohort of Chinese agents in Canada has been made accountable by being charged in court, or, if they are Chinese diplomats, by being declared persona non grata and sent packing.

There is also alarming evidence that Canadian dual-use military technologies and other classified data are being illegally transferred to China’s party-state-military-security-industrial complex, by Canadian and Chinese researchers and spies. Not a single person has been arrested and charged in Canada, in part because co-opted pro-China voices in Ottawa counsel that we not offend the PRC by arresting any of their spies.

This latest statement by MP Oliphant, that the government is “actively considering” creating a registry of foreign agents, follows a familiar pattern. To appease or distract public opinion, the Trudeau government dangles a series of hollow promises, then just kicks the can down the road.

Canadians should demand that their government stop with the lip service and follow through with this now. As the old Lerner and Loewe show tune puts it “Sing me no song, read me no rhyme, please don’t explain. Show me!”