How Canada can get tough on China: Jonathan Berkshire Miller in the National Post 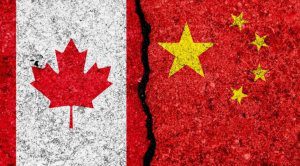 For too long, Canada has been approaching its foreign policy toward China in tactical rather than strategic terms — thinking only of short-term goals rather than long-term challenges, writes Jonathan Berkshire Miller in the National Post. Below is an excerpt from the article, which can be read in full here.

For too long, Canada has been approaching its foreign policy toward China in tactical rather than strategic terms — thinking only of short-term goals rather than long-term challenges. The situation facing Michael Kovrig and Michael Spavor was no different.

Let us be clear: Kovrig and Spavor returning home to Canada without the Canadian government subverting the rule of law is a significant success. We should not understate how important a victory this is for the two men who are now free, for their families, who endured over 1,000 days of painful uncertainty, and for Ottawa, whose approach of waiting for a U.S.-brokered solution has finally paid dividends.

But the victory appears far hollower when looking more broadly. While Canada did not openly indulge China’s hostage diplomacy, Canada has also done next to nothing to combat it.

Beijing sees this as a victory, and the quick return of Kovrig and Spavor following Meng Wanzhou’s consent to a deferred prosecution agreement is a testament to the fact that the Chinese government is unconcerned about suffering reputational damage from this incident. It is also a sign that China is more than willing to re-engage in hostage diplomacy in the future.

It is important to remember that this is not an issue just limited to Canada, as there are currently several citizens from other countries, such as Australia and Japan, who have also been detained without due process by China on “national security” grounds.

Simply put, while the affair is now over for Kovrig and Spavor, we have entered a more dangerous world, in which the Chinese Communist Party believes it can arbitrarily capture and hold citizens with impunity until its political demands are met.

Now that Kovrig and Spavor are released, however, Ottawa has run out of excuses. The time has come to frame a serious, clear and coherent strategy toward China, situated within the context of a greater Indo-Pacific strategy.

Remote work’s impact on mothers may include an unexpected effect – a potential higher birth rate: Nazareth in the Globe and Mail

Remote work’s impact on mothers may include an unexpected effect - a potential higher birth rate: Nazareth in the Globe and Mail