Xi’s absence provides Japan with a diplomatic window of opportunity: Stephen Nagy in the Japan Times 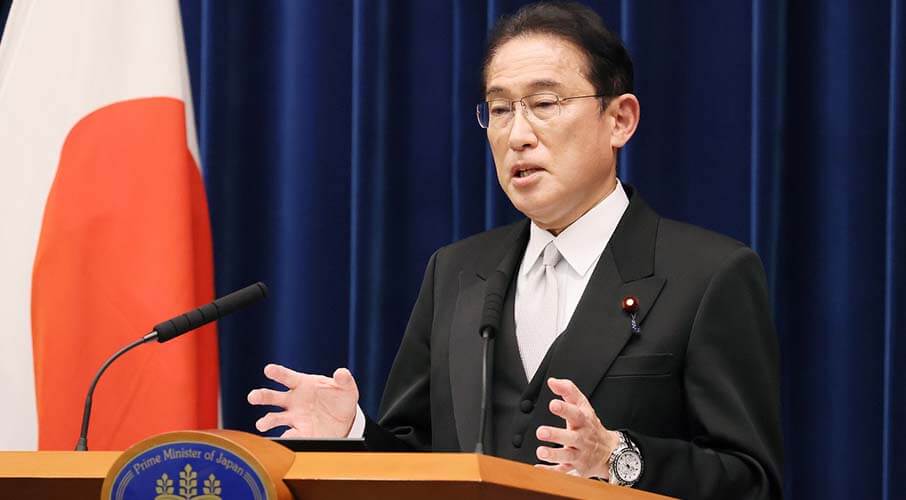 Omicron has made it clear that the COVID-19 pandemic will be with us for the foreseeable future.

Among the many norms upended around the world, face-to-face diplomacy has also been a victim of the pandemic, which will have lasting consequences if in-person, leader-level diplomacy does not resume soon.

It’s been more than 18 months since President Xi Jinping has stepped outside mainland China. Zoom diplomacy has become the mainstay for the lifetime leader, presenting Japan and its allies and partners an opportunity to capture the foreign policy momentum adeptly cultivated by former Prime Minister Shinzo Abe during his nearly eight years in office.

During his tenure, Abe visited every ASEAN state more than once. As former U.S. Deputy Secretary of State Richard Armitage argues, the former prime minister was singularly responsible for developing a grand strategy that made Japan relevant if not essential to its longstanding alliance partner the United States and to maintaining the regional order during the Donald Trump presidency.

This assessment was echoed in November at a think tank forum in Sydney, where former Australian Prime Minister John Howard introduced the keynote speaker Abe. Howard stressed the importance of Japan in Australian and regional security but also the Free and Open Indo-Pacific (FOIP) vision laid out by Abe in his speech in the Indian Parliament in 2005 outlining the concept of a “Confluence of Two Seas.” His speech highlighted the geopolitical linkage of the Pacific and Indian oceans.

As Xi eschews diplomatic travel, the administration of Fumio Kishida has a golden opportunity to rekindle the momentum garnered by Abe’s leadership in the international arena to ingratiate itself in the core hubs of the Indo-Pacific region. With enough effort and nuance, a proactive diplomatic tour-de-force could potentially pull Xi out of the comfort zone of his domestic audience to face the global community.

Importantly, a proactive, forward-leaning Japanese outreach may foster a shift in Chinese regional and domestic policy.

Part of that recognition should be Japanese unilateral and multilateral support for health infrastructure to accelerate the region’s COVID-19 recovery. The COVID-19 focus should be accompanied by concrete commitments to bolstering intra-ASEAN integration through boosting infrastructure and connectivity projects in the region. These should include digital and health connectivity based on the “digital free flow” concept announced at the Osaka Group of 20 summit in 2019. All of these initiatives would enhance ASEAN’s strategic autonomy by making it a more independent actor in the region.

COVID-19 and the advent of the omicron variant should not be used as an excuse to not seize the window of opportunity for the Kishida administration to forge even stronger diplomatic ties with stakeholders in the region through face-to-face interactions with counterparts.

Diplomacy must not stop in Southeast Asia. The Kishida administration needs to visit India and Australia, the United States and, provocatively, South Korea. New Delhi needs to understand that the bromance of its prime minister, Narendra Modi, and Abe was not the basis for the recent tightening of Japan-India relations.

As Jagannath Panda from the Manohar Parrikar Institute for Defence Studies and Analyses argues, Tokyo and New Delhi should take the opportunity of the visit to bolster their resilient supply chain initiatives, and advocate for new trilateral and multilateral cooperation through the region.

Kishida should reciprocate Australian Prime Minister Scott Morrison’s one-day visit to Tokyo as part of an effort to finalize the defense treaty tabled in October 2020. The visit should also be used by both parties to advocate for the expansion of the The Comprehensive and Progressive Agreement for Trans-Pacific Partnership (CPTPP), discuss a Taiwan contingency, and carving out a Japanese role in the technological cooperation side of the recent Australia-United Kingdom-United States (AUKUS) security agreement.

Controversially, Kishida should visit South Korea as soon as the new government is decided. Trilateral and bilateral cooperation between Japan, South Korea and the U.S. must be reestablished as soon as possible. Reiterating Japan’s support for the General Security of Military Information Agreement; for a peace agreement between the North and the South; denuclearization of the peninsula; and a willingness to address historical issues including the comfort woman issue may open the window for Seoul to look at FOIP, the “Quad” and the CPTPP more favorably.

Kishida will have to overcome the domestic political challenges of realizing a visit and the needed Japan-Korea reset without appearing to kowtow to Seoul. This means clearly communicating to conservatives, skeptics of Japan-Korea rapprochement and the public about Japan’s priorities with respect to national security and what a deeper Japan-Korea relationship could mean for security as well as economic and diplomatic cooperation based on the FOIP vision to deal with the severe geopolitical challenges in the region.

A South Korean buy-in would certainly be welcome in Tokyo and Washington as well as other Indo-Pacific stakeholders.

Prioritizing the immediate stakeholders in the Indo-Pacific region should not come at the expense of Japan’s relationship with Washington. Visits to regional capitals sends the signal to strategic Indo-Pacific partners that Tokyo sees them as critical partners in realizing a FOIP Vision rather than an afterthought in the Japan-U.S. alliance engagement into the region.

It also establishes Tokyo as a more independent player.

A Kishida-Biden summit should highlight Japan’s commitment to a flexible and inclusive Indo-Pacific framework that supports trade, digital infrastructure, infrastructure and connectivity, and supply change resilience. Tokyo should communicate its willingness to contribute to the technological cooperation side of AUKUS, discuss a Taiwan contingency but also impress upon the Biden administration that Japan and many Indo-Pacific stakeholders’ reality is that they cannot take a zero-sum approach in their relations with Beijing.

Any visit to North America should include, however briefly, tete-a-tete with Canadian and Mexican leaders. Advocating for a “four amigos” summit that addresses trade, climate change, the pandemic and security would be important in achieving Japan’s broader national interests of building stronger Japan-U.S. ties, further inculcating Japan into the North American economy and promoting multilateral partnerships to deal with challenges in the Indo-Pacific.

Critics would say these are unrealistic given the ongoing pandemic and next year’s Upper House election. This glass-half-empty view underestimates the political capital Kishida could accrue by spearheading diplomatic initiatives that can contribute to embedding Japan into multilateral cooperative partnerships that contribute to Japan’s national security, economic prosperity, and health security.

A sustained diplomatic tour de force by the Kishida administration would strengthen its credibility throughout the region by demonstrating Japan’s concrete and actionable commitment to the region.

It may also help shape the diplomacy of China by pressuring Beijing and Xi to engage in face-to-face diplomacy throughout the region.

Any proactive diplomacy instigated and implemented by Kishida would likely compel Xi to react diplomatically to Japanese initiatives. We saw this reactiveness at the second Belt and Road Forum held in Beijing in April 2019 in which the Belt and Road Initiative adopted the principles of fiscal and environmental sustainability, transparency and initiatives being free of political linkages.

Japan has much to gain from eschewing zoom-diplomacy for a return to leadership-level, face-to-face diplomacy.