Should we be worried about government debt? Yes: Philip Cross in the Star 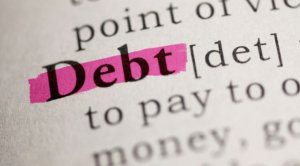 The high level of government debt in Canada, when the economy is recovering rapidly, reflects an unwillingness to make hard choices about spending priorities, writes Philip Cross in The Star.

This article is a part of The Star’s Saturday Debate series.

Government debt is sometimes both unavoidable and justifiable. For example, the huge debt assumed by governments during the Second World War was necessary to defeat totalitarians. Recession deficits are unavoidable since spending cannot be cut fast enough. During the pandemic, ordering lockdowns obliged governments to provide support for both households and businesses.

But the fact that debt may sometimes be necessary is not the same as asserting it carries no consequences. Debt is burdensome to current and future generations. Ceding control to creditors risks triggering future austerity that will disproportionately harm the least fortunate and most vulnerable.

The burden to the current generation is manifest. Despite record-low interest rates, indiscriminate pandemic spending will double interest payments from $20 to $40 billion over the next five years. As interest rates normalize, debt servicing will further constrain government spending, in addition to the rising costs of pensions and health care due to an aging population.

High debt also handcuffs future borrowing when inevitable shocks hit the economy. Canada’s adoption of fiscal restraint after 2009 allowed for a borrowing binge during the pandemic, but will leave future governments with little fiscal room to manoeuvre during the next downturn. Unexpected shocks often force austerity at the worst possible time, as much of Europe discovered in 2010.

The trendy idea debt is not burdensome relies on theory rather than experience. History shows low-debt nations function better than those with high debt. Debt levels near 100 per cent of GDP (which governments in Canada are now approaching) become more burdensome and harder to service. After all, bond markets demand high premiums to finance it and taxpayers balk at diverting more spending toward debt service instead of public services.

IMF studies show fiscal restraint is best accomplished with spending cuts, not tax increases. However, austerity imposed during recessions is extremely harmful to people most dependent on the social safety net, as shown in Europe after 2010 and North America in the 1990s. Negligent governments, in their well-intentioned haste to help with today’s crisis, unwittingly harm the less well-off in the next crisis.

Ben Franklin noted a key debt dynamic means “you give to another the power over your liberty.” The realization that dependence on debt markets constrains independence motivated Quebec’s bipartisan commitment to lower the debt it has held since 1996. Quebec’s recent experience demonstrates that sustained fiscal discipline can reduce debt without compromising the social safety net and societal cohesion.

These purchases raise questions about monetizing debt and the implications for inflation, while even the perception the Bank of Canada is bound to support the government’s fiscal policy gives rise to politicized critiques of the bank and invites more political oversight and interference in the future.

Ultimately, the problem with government debt is about values. Debt increases dependency on government, disincentivizes self-reliance, and absolves government from accepting responsibility for its actions.

Controlling debt is about balancing the most basic impulses of society, not just the books. The high level of government debt in Canada, when the economy is recovering rapidly, reflects an unwillingness to make hard choices about spending priorities.

Philip Cross is a senior fellow at the Macdonald-Laurier Institute. Prior to joining MLI, Cross spent 36 years at Statistics Canada specializing in macroeconomics.

Still waiting for accountability on youth mental illness: Karen Minden for Inside Policy

Still waiting for accountability on youth mental illness: Karen Minden for Inside Policy