China had too much control to make WHO’s COVID report credible: Sarah Teich in iPolitics 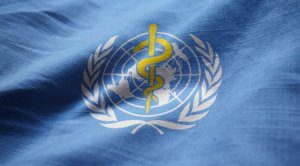 There is evidence that the Chinese Communist Party concealed critical health information relating to COVID-19, and silenced whistleblowers who tried to sound the alarm, writes Sarah Teich in iPolitics.

The World Health Organization (WHO) released a report recently on the origins of COVID-19. This report was the work of a team, composed of international and Chinese experts, that spent 28 days in Wuhan, China, investigating the origins of the virus.

They looked at four “options” for how COVID-19 originated: through direct spread from an animal carrier, through intermediate spread between animals and then to humans, from cold food products, and from an accidental lab leak. While failing to pinpoint the source of the virus, the final report found the second scenario most likely, and the lab leak  “extremely unlikely.”

The report was immediately criticized. Fourteen countries, including the U.S., Australia, and Canada, released a statement expressing concern that the investigation was “significantly delayed and lacked access to complete, original data and samples.” WHO Director-General Tedros Adhanom Ghebreyesus also said he did not believe the assessment “was extensive enough,” and that his team expressed “the difficulties they encountered in accessing raw data.”

China had, in general, a degree of control and oversight that was far too large. It had to approve the international team members. It set up the itinerary for the visit. It negotiated the terms of reference, which, from the outset, framed the investigation in ways that were favourable to China. For example, the terms of reference made clear that the team was not to assume that the virus originated in China, just because the first clusters of cases were discovered in China. The terms of reference also made clear that the investigation was to analyze the zoonotic origins of the virus — as in, focus on animal origins, not the so-called “lab-leak hypothesis.”

China essentially ran the investigation, and this should not have been the case. China has not been a truthful or credible partner in matters relating to COVID-19. There is evidence that the Chinese Communist Party concealed critical health information relating to COVID-19, and silenced whistleblowers who tried to sound the alarm.

The evidence indicates that it took China several weeks to confirm that human-to-human transmission was occurring, after it was already evident. There is evidence that China silenced the medical whistleblowers in those early days of COVID in China, detaining them and publicly vilifying them. One of them was Dr. Li Wenliang, who then tragically died from COVID in February 2020, sparking international outrage. This behaviour is a breach of numerous international and domestic laws, including the right to health (contained in the International Covenant of Economic, Social and Cultural Rights), and the WHO’s International Health Regulations.

Under international law — and as a state party to the International Covenant of Economic, Social and Cultural Rights — the Chinese government has an obligation to respect, protect, and fulfil the human right to health. It is also obliged, as a state party to the WHO, to share information and co-operate in a public health emergency of international concern. China has breached these obligations it’s taken on, and continues to do so. By barring investigators access to critical sources of information and raw data, it’s saving face at the cost of public health.

Where there are allegations of serious wrongdoing on the part of a particular state, it is illogical to rely on that state in a subsequent investigation of what went wrong.

This is a larger problem in the international arena that goes beyond COVID-19 and China. The January 2020 bombing of Ukraine International Airlines Flight 752 (PS752) by Iran, for example, is being investigated by Iran. This is nonsensical, but there is a rule in international law that says the state on whose territory a plane crash occurs has the responsibility for investigating.

And there’s insufficient flexibility to adapt this rule in situations where the state may have had a hand in what happened. It’s the same phenomenon with COVID-19 and China. It generally makes sense that the state on whose jurisdiction a virus originated be involved in an investigation. But this doesn’t always make sense, and this becomes apparent when looking at the results of this investigation.

Sarah Teich is an international human rights lawyer and a senior fellow at the Macdonald Laurier Institute.