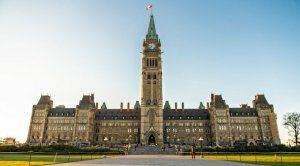 This article is part of a series by the Financial Post Comment. With next week’s federal budget fast approaching, FP Comment asked its regular contributors to think about how they would approach things if they were finance minister.

I would undertake three broad initiatives that actually address the current crisis, rather than try to shoe-horn in policies that don’t fit into the pandemic, writes Philip Cross in the Financial Post. Below is an excerpt from the article, which can be read in full here.

Too many people in and around politics are using the pandemic to pursue long-cherished policies that do little to solve the problems created by the virus. If I were finance minister, I would undertake three broad initiatives that actually address the current crisis, rather than try to shoe-horn in policies that don’t fit into the pandemic and won’t alleviate its effects.

The fiscal situation we find ourselves in is that the government simply cannot afford major new spending programs. Working within that constraint, the budget can still help Canadians by smoothing out their social security contributions, shifting infrastructure to where it is needed most and costs the least, and reducing the cost of the civil service.

Low-wage Canadians have borne the brunt of the pandemic. To help them manage their finances, the government should go back to spreading out Employment Insurance (EI) and Canada Pension Plan (CPP) contributions over the full year. In the mid-1990s the federal government “doubled-up” annual contributions to EI and the CPP so they were all paid in the first six months rather than evenly over 12 months. At a time of high interest rates, shifting payments forward by six months meant considerable savings for a cash-strapped government. But the burden fell mostly on low-income households, many of which could not easily adjust their cash flow or savings to the new front-loaded pattern of contributions.

Now is an opportune time to go back to the old system. With interest rates close to zero, it would cost the government very little but would give low-income households much more flexibility with their recurring monthly expenses. The broader point is that governments need to regularly review and overhaul taxes and regulations. As it now stands, measures taken in response to a crisis often remain in place long after serving their original purpose. Reviewing past initiatives, especially those made in a crisis atmosphere, should be a core part of budgeting.

China had too much control to make WHO’s COVID report credible: Sarah Teich in iPolitics